We’ve entered the Cheerio stage with JM. Here are some very brief thoughts on our new stage of babyhood… 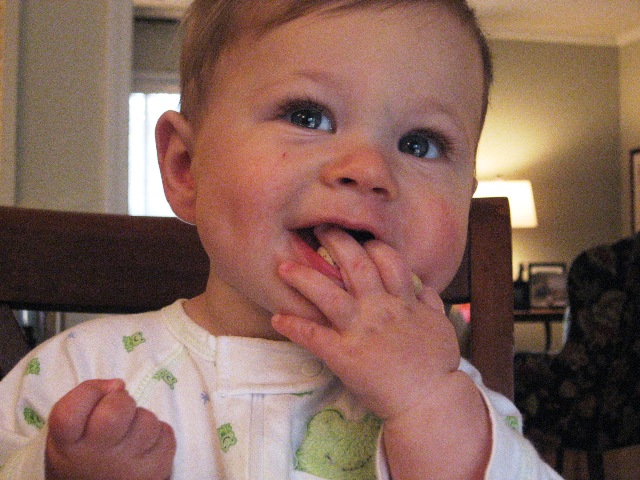 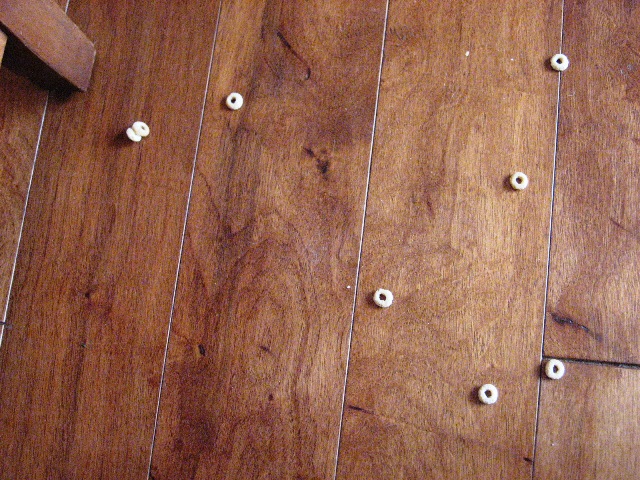 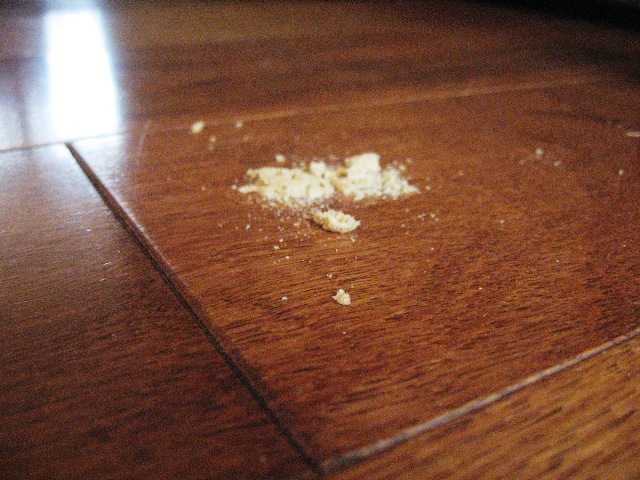 You know that sound… don’t you? It kinda sounds like this “cccrrrrruuuuunnnnccchhh“. But they’re worth all the little crunches because they can bring MOST of this screams to a screeching hault.

On the home front today we’re running a fever infested household. Well, not a complete infestation… just Morgan and Raiger; they’re both feeling pretty pitiful. Annie {our sitter} said she’s still willing to come! So I’m locking myself in the playroom and hoping for BIG results!

Let me share a mortifying story. Yesterday Melinda was here {she’s the very nice lady who comes 2x a month to clean our house}. I was in the kitchen {trying to stay one step ahead of her} when I overheard Morgan in the den…

Morgan says, “Ms. Melinda, come look at this rug. John Martin spit up all over it. Here and here and here so you’re going to have to clean it up real good!”

Oh my, I wanted to die. I ran in there and gently explained to Morgan that Melinda had plenty to do without Morgan pointing things out to her. I tried to explain quickly that what she did wasn’t very nice. She didn’t quite get it… she said she was just trying to help. I thought I’d die. Melinda went on to say that last time she was here Morgan told her she needed to clean really good under her bed because there’s always dust under it when she climbs under… and that Melinda probably needs to move the beds to clean under them “real good”. Lord, help me! My 4 year old is going to run our housekeeper off! And I’m going to die of embarrassment.
****************************
What’s for brinner, deer? 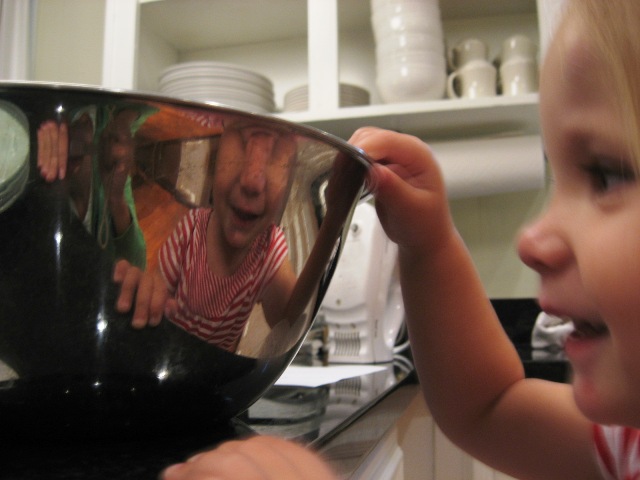 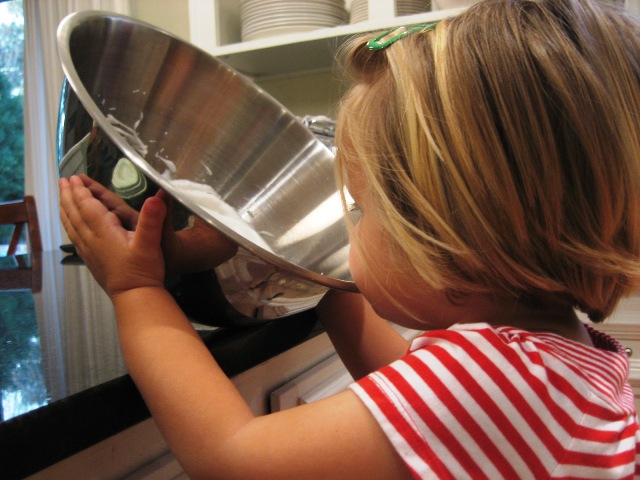 Last night we had “brinner”– that’s breakfast for dinner– and Paige was my sous chef. I made homemade waffles {but I whipped the egg whites and folded them in at the end}… I turned around to dig for the baking powder as Paige explained, “I weally yike deese eggies“. I looked back to see Raiger with a moutful of raw egg whites, at least they were whipped and stiff… doesn’t that help? We ate our waffles with sliced cheddar cheese & deer sausage… it was so good. I used to be a snob about deer meat… I was of the opinion “I don’t eat wild game”… but now I have a freezer full of it and guess what…. it tastes REALLY good! I also used to be in the dark about Aunt Jemima “Butter Lite” syrup… if any of you are in the dark… consider yourself “now informed” and buy it at the grocery store.
Ok. I must get to the playroom.
Happy Friday! Mom’s supposed to be coming this weekend… I’m giddy, she came when JM was born {June 30} and we’ve been anxiously awaiting her return since!
February 27, 2009
Share Tweet Pin it +1