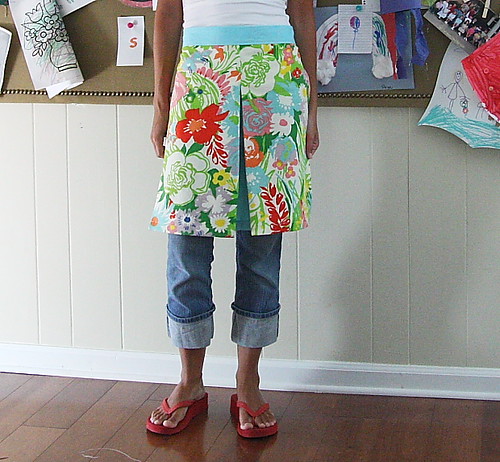 First, social networking, Twitter to be more specific. On Sunday I thought I’d see what the hype is all about, I’m not sure why, most days I hardly have time to breathe, much less “tweet”. Anyway, I created an account. I honestly don’t really know how it works… basically Facebook status updates, right? Well, it prompted me to see if any of my friends were on Twitter. So, I thought “ok”. So I entered my email address and it started cranking out people who were on Twitter from my email account. Man, there were a lot of people. A lot. I made my little Twitter page look pretty then the kids woke up, I made breakfast, we went to church, went to lunch, came home, put kids down for naps and I checked my email. This is when I fell out of my chair and decided that Twitter was not a friend of mine. I have come to understand that Twitter pretty much emailed every person I’ve ever emailed and every person who has ever emailed me in my life and told them I want to follow them on Twitter. I can laugh now, but then I wanted to cry. Doesn’t Twitter know I’m months behind on responding to emails? Several of my “contacts” use Twitter, most probably don’t, those that do politely accepted my request to “follow them”. But then there are those who don’t tweet, and they emailed to politely thanking me for wanting to follow them but they don’t use Twitter.
Dear Twitter, Our relationship was very short lived. During our time together I learned that Vince Edge went on a 9 mile run with Charles Buntin on Sunday morning. That people are tired, hungry, going to Walmart, at the beach, going to take naps, eating tacos, going to the pool, watching the rain, and watching tv shows. It’s probably just me, but I also can’t figure out how you work. I see links and I can’t figure out where they go to. Twitter you are over my head. For those of you who politely accepted to follow me, you can do so here.
Next topic, the apron. Before I talk about it. Have you ever taken a picture of yourself? I don’t know about you but it makes me feel extremely uncomfortable. I opened the back door, looked both ways to make sure no one was coming. I kept thinking, what if someone comes to my door and here I am in an apron posing in front of a camera mounted on a tripod. How would I explain this? John Martin was trying to climb the tripod and all I wanted to do was get a halfway decent picture of the apron. Of course, before I took these pictures I was still in my pajamas and the apron looked ridiculous over my jammie pants, so I had to go throw on some cute jeans and red flip flops so that you all would think that I actually have my act together and get dressed during the day. If I was still on good terms with Twitter I would have had to tweet: Woke up, got dressed, set up tripod, and photographed myself all while the children fended for themselves and forged for nuts and berries.

The apron. I made one back in January and told you I’d show you how I did it. Little did you know it would be 7 months later. I’m working on the tutorial… I’ll be back with it soon. 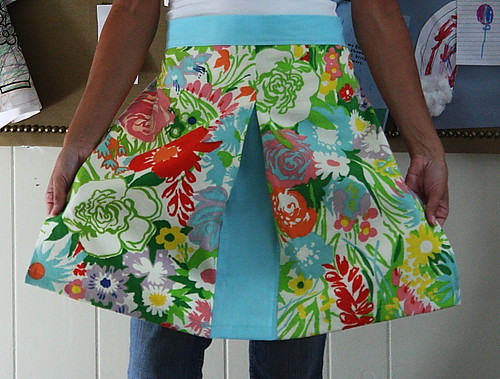