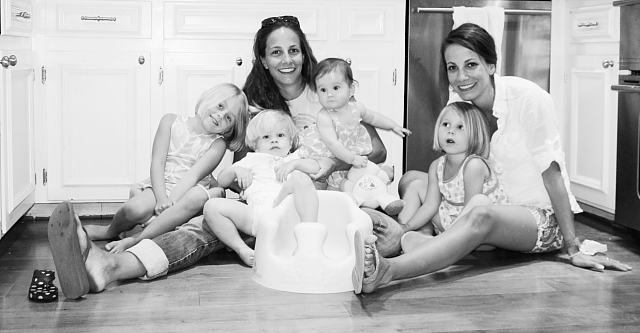 Can someone queue Patty Griffin ‘Heavenly Day’? It would accompany this post so well! Our time with Sloaney Bologna and her mom and dad was so precious but quite possibly the shortest visit ever known to man! I’m only slightly bitter about their brief time here. Even though it was short, it was really good… and hilarious. Which is no surprise to me. 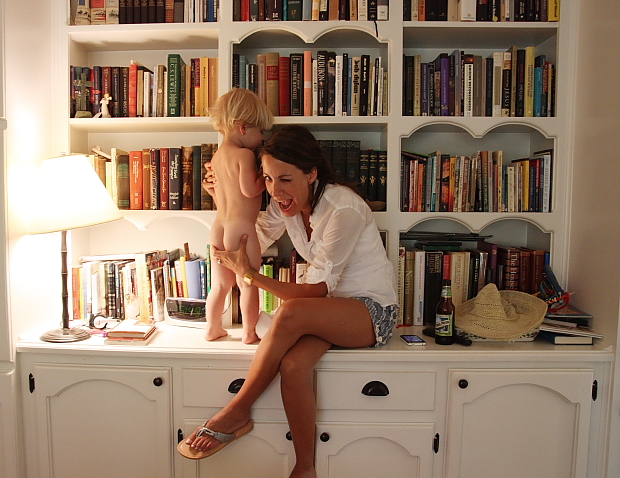 What would have made the picture above more enjoyable is if she were wearing the straw hat and had her shorts {which weren’t near as short as they look} pulled up higher.

I’m convinced that my beautiful, content, and happy little Sloane may never be the same. I would dare guess that her time around other young children has been limited. She seemed to be in complete shock as the little rovers ran laps around her. We finally convinced Erika and Chance it was okay to let her on the floor to interact with her cousins! 🙂 This picture was taken right before he pulled out his weapons on her. Please Lord, send Erika a rover next. 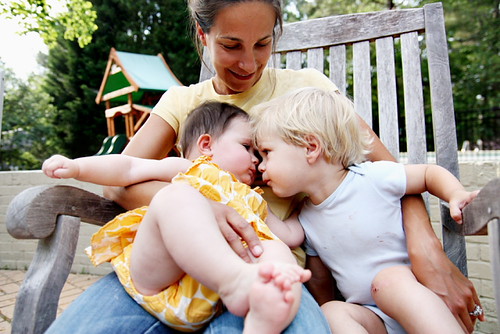 And then for some reason we thought it would be a good idea to take a picture with wet hair and no make up… and then they left. 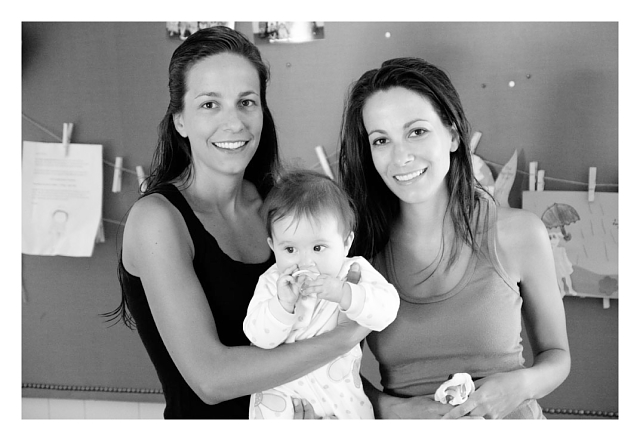 And she unfortunately didn’t leave her iPhone here which she used 7 of the 8 hours she was here to take pictures of me while I a) picked my face in the visor mirror while {unbeknownst to me} the woman bringing us carry out stood at my window with our pizza and waited for me to stop picking to pay. {while Erika exclaimed loudly from the passenger seat “you are so BUSTED!“}. And b) while I scavenged through my neighbor’s trash for a really cool rolling cart that I hope really was trash {going to have to check on this}. And c) while I ordered Tropical Sno’ for my children.  The only reason I really want an iPhone is so that I can do the same to her one day! 🙂

Have A Spook-tacular Weekend!