We took Rover for a haircut earlier this week. To say it didn’t go over very well is an understatement! I’ve mentioned before that I’ve always had a hard time trimming Rover’s hair. My aunt is a wonderful hairstylist so we took him in on Thursday for a little trim, I thought for sure he’d do better for her. Well, I thought wrong. He took one look at her and decided he wanted nothing to do with her chair, her cape or her scissors. 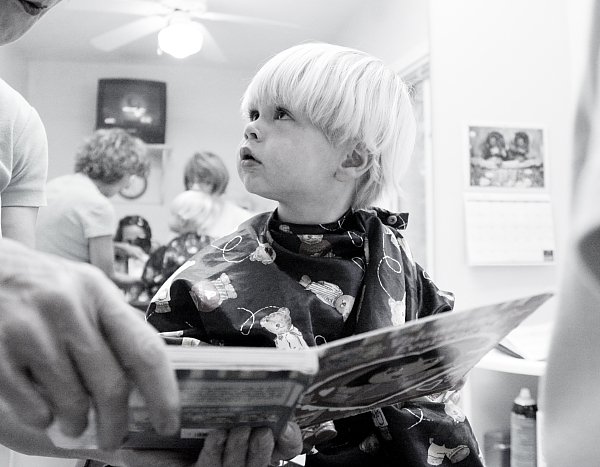 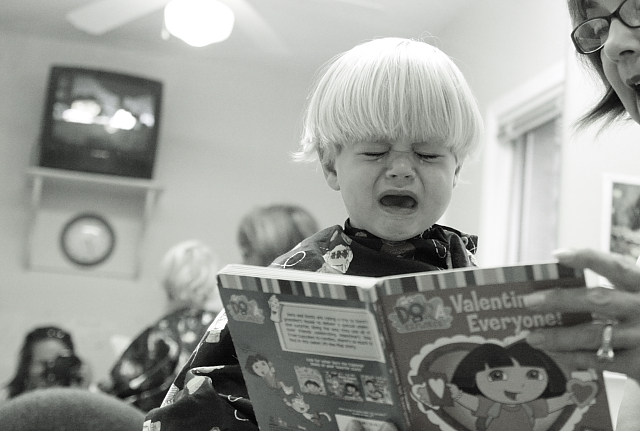 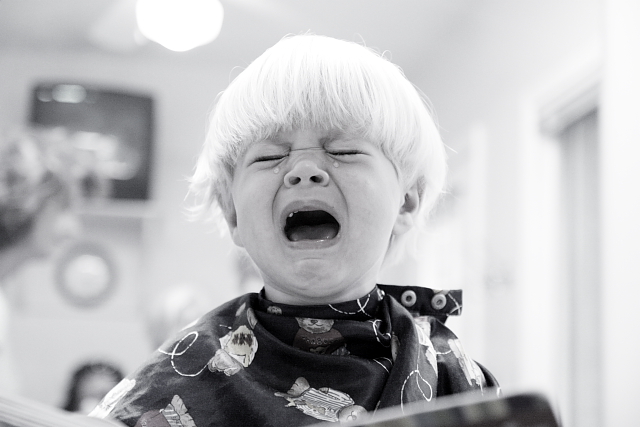 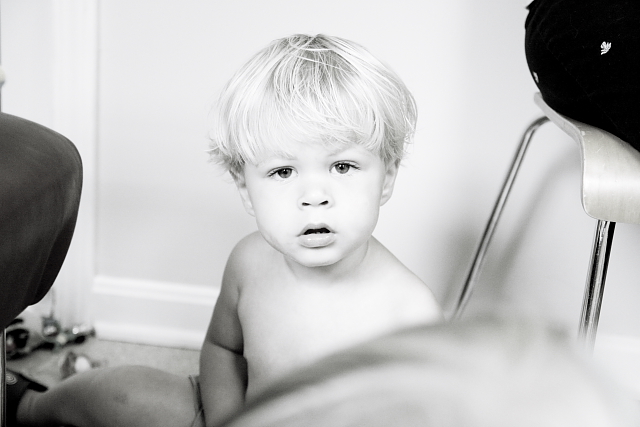 Believe it or not, we actually got a little length off the front  but next to nothing off the back! I eventually got in the chair with him to console him, although it didn’t exactly work that well. And after all that excitement the Raiger decided she wanted to cut off her long locks… no more dreams of ponytails for her! All three have new ‘dos just in time for the new school year. 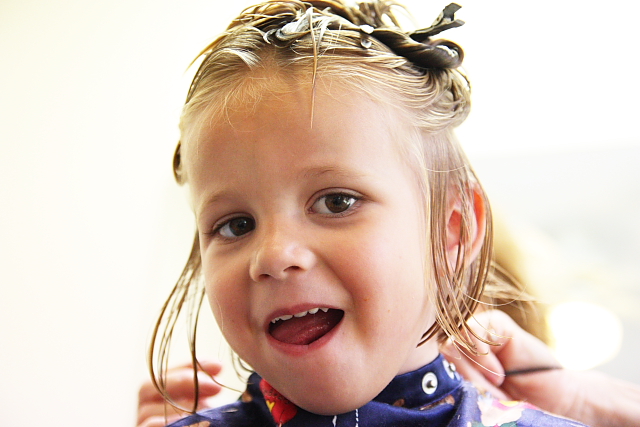 When we got home to the farm a young teenage boy was there cutting grass and weed eating. JM grabbed his weed eater as quick as he could and followed him around. My heart melted. 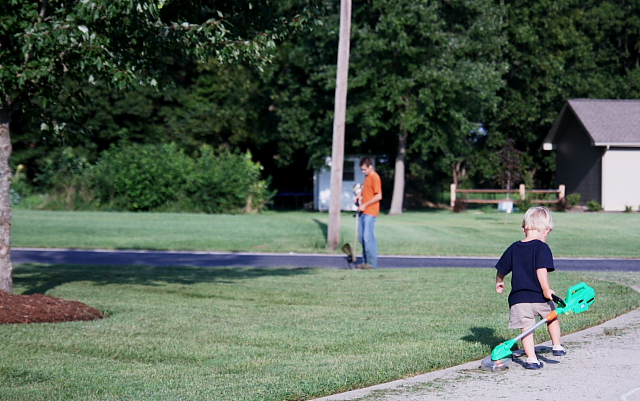 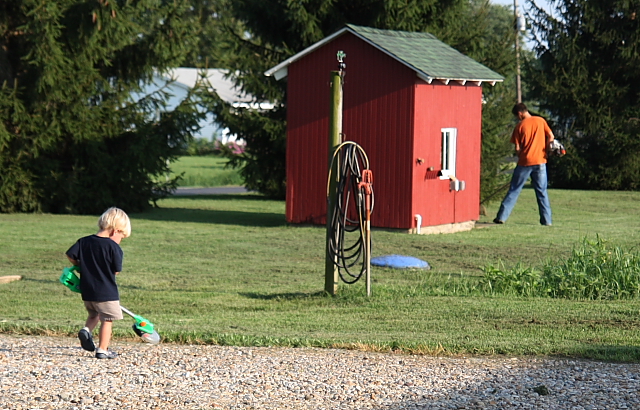 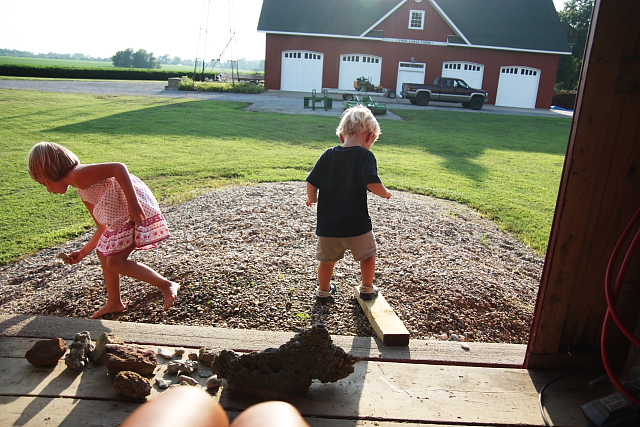 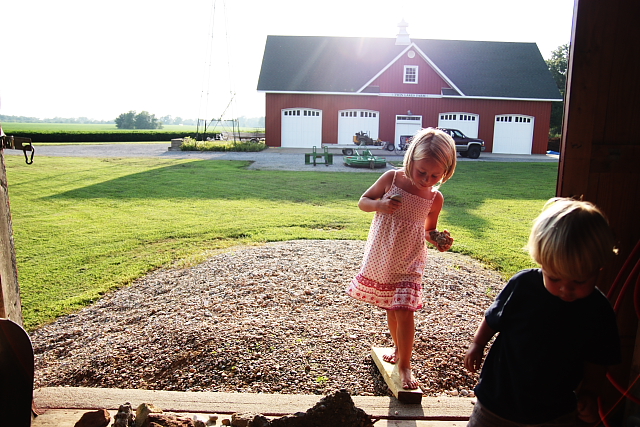 That night we went up town to Mom & DaddyBoy’s office and watched the annual Ag Days fair that was going on on the streets below. 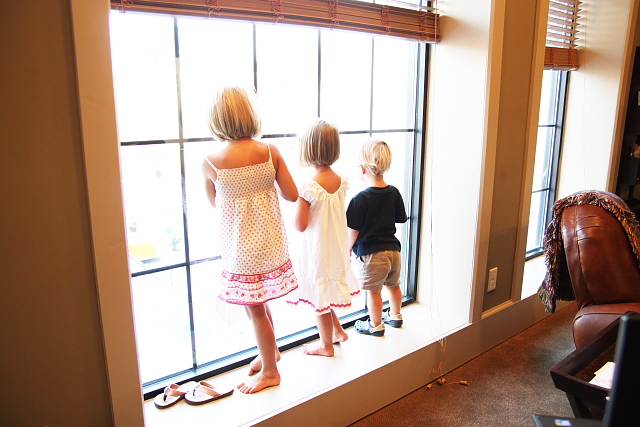 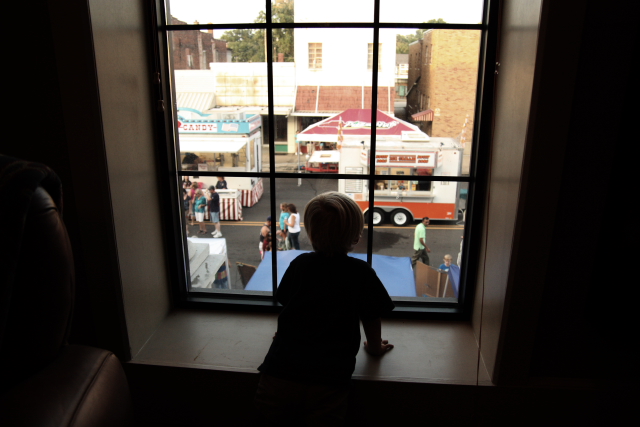 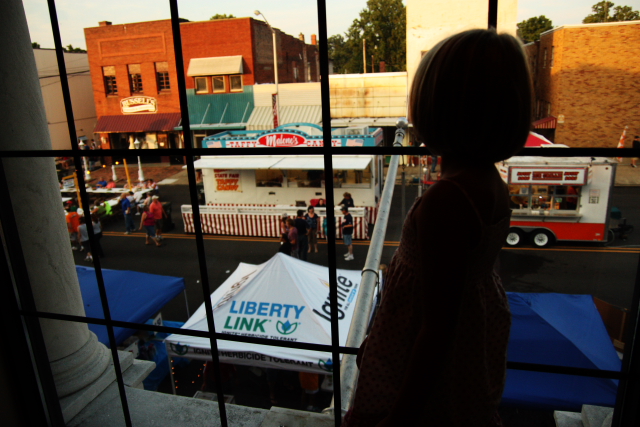 I sat and watched from the window too. I haven’t been in the company of teenagers lately and as I watched the young girls below and was appalled by what I saw of their clothing {or lack thereof}. If you are a teenager can I encourage you and tell you that you can dress conservatively and still look really cute!

We’re in Chicagoland now, ready to hit Ikea and a few other hot spots while we’re here! Hope you all have wonderful weekends!

I love waking up here…