Mom and I {+ kids} took a little jaunt north to Chicago for a few days to spend some time with DaddyBoy {who works up there}.  We decided to take the Professor with us since he recently lost his partner in crime. He’s the most peculiar dog I’ve ever met, which is why I usually refer to him as the Nutty Professor. Thankfully he is good traveling companion. Doesn’t he look fierce? 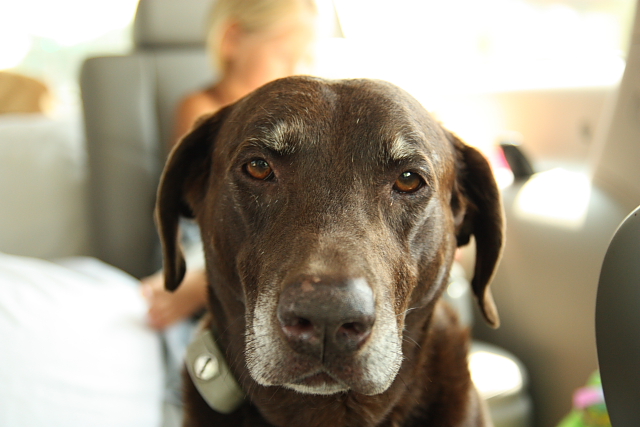 The kids were pretty good in the car too and enjoyed the change of scenery, which included hundreds of mesmerizing giant windmills. 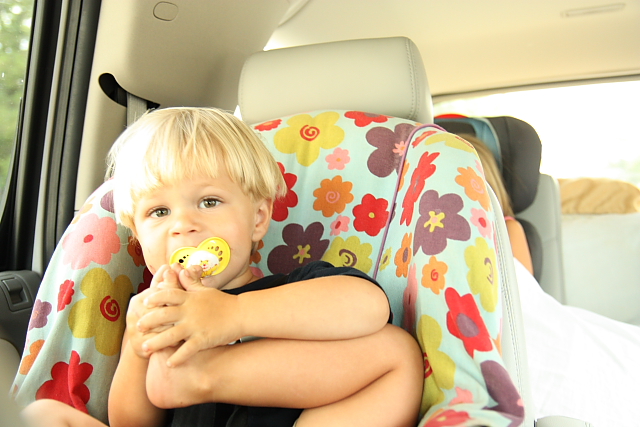 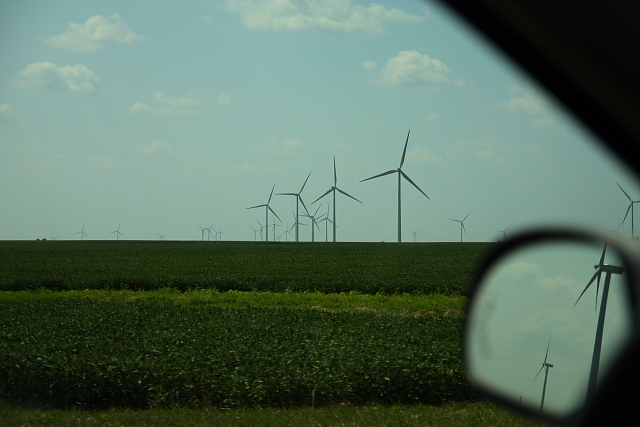 We enjoyed a quick trip to Ikea and a few other shopping stops but with three little ones in tow I always wonder if just staying at home would have been easier. I get very tired of saying “No, you may not have that”. I also get tired of occasionally caving in, which I finally did and it resulted in the purchase of  a bag containing 100+ balloons that can be made twisted into animal shapes, I didn’t think about the fact that my children cannot tie balloons. So I did a lot of pumping up balloons, tying balloons, and making every animal shape I could think of out of a balloon. I believe I am now ready to join up with Barnum & Bailey and change my last name to Ringling. Thankfully I considered it a good investment as it provided hours and hours of entertainment. The funny thing is,  I do not have a single picture of our balloon animals. There is no doubt DaddyBoy’s apartment will never be the same and he will likely be finding balloons for weeks to come. Our apologies!

Speaking of DaddyBoy, he has a newly restored antique Mustang that the kids loved playing in, but unfortunately not riding because it lacks seat belts in the back. 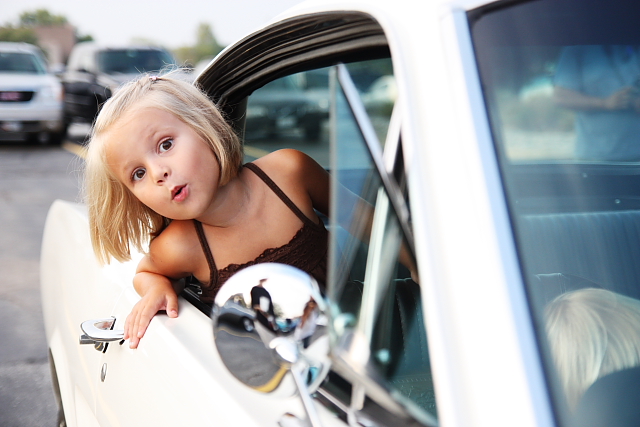 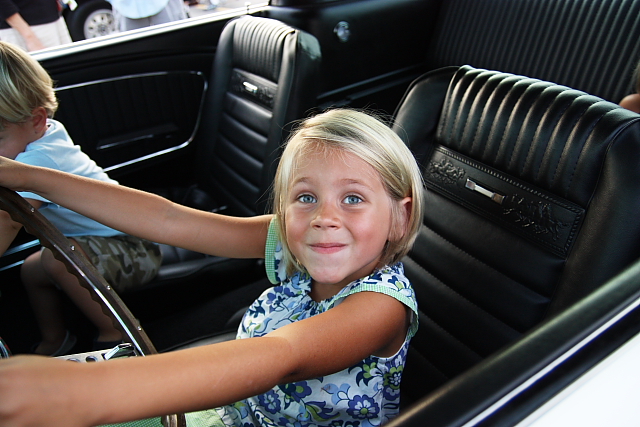 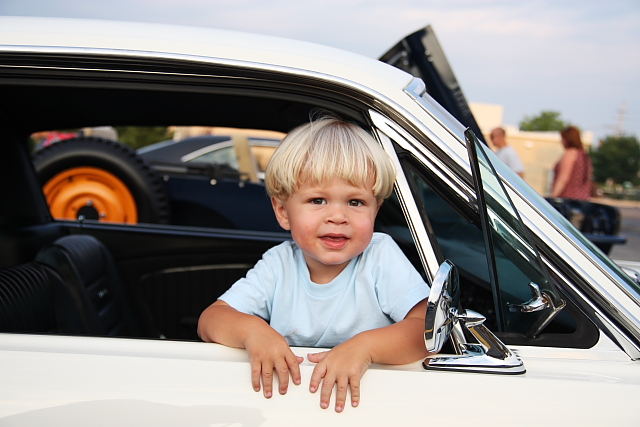 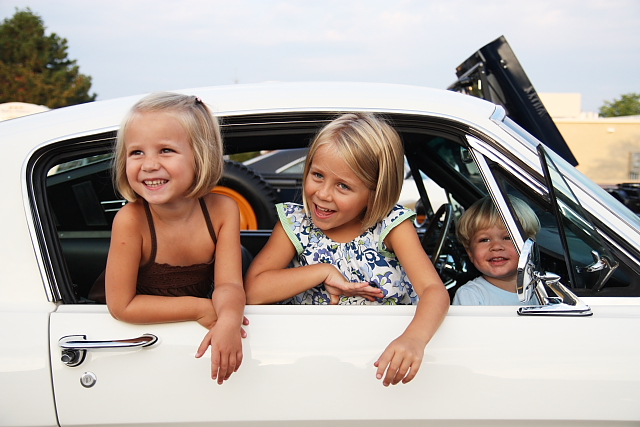 We also enjoyed spending time with my cousin and her husband. They had us over to their house one night and then met us out for pizza the next night. I also have recently discovered that a mother with three little ones should not leave home without a diaper bag full of: crayons, coloring books, little animals, and trucks. These things are vital for the occupation of children in public places. 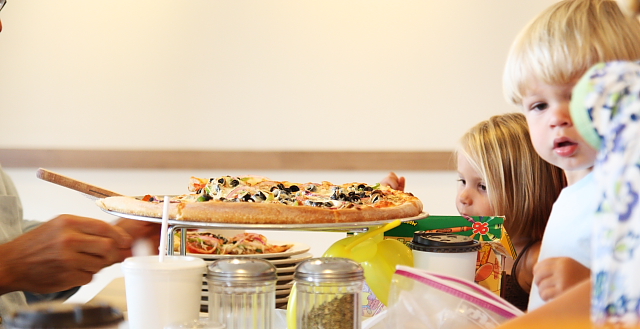 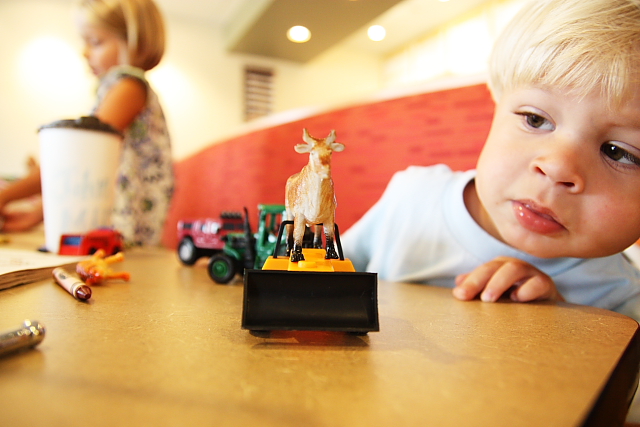 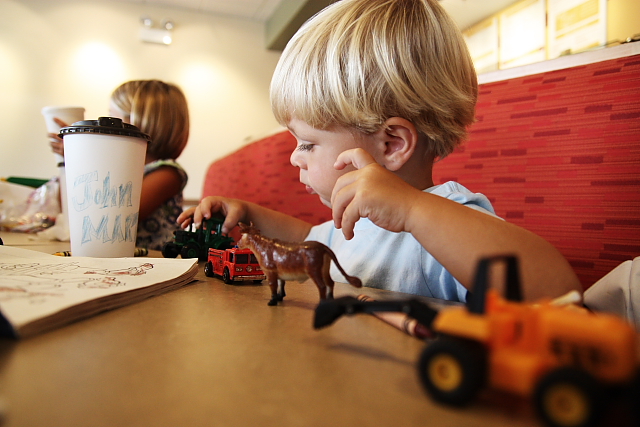 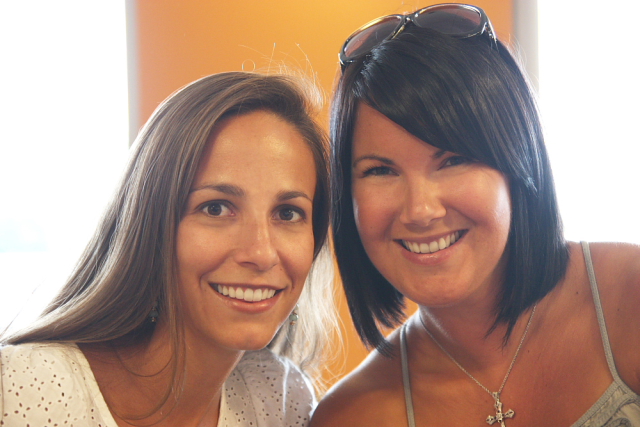 And now we are back at the farm enjoying our last few days of summer before heading south and starting school next week. We are loving the slow pace of life and plan to hit the city pool again today.