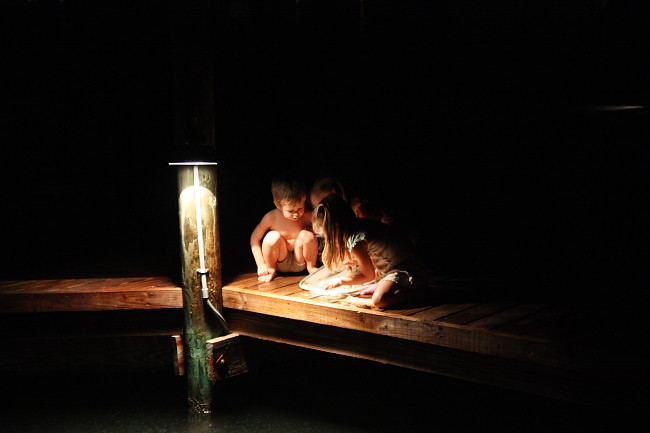 The beach tends to lose a few of it’s redeeming qualities in the winter, but so far we’ve been pleasantly surprised by January… with mild temperatures, sunshine, and still no shortage of things to do! One of which has been watching the croakers. Monday night they were out in rare form. The weather was perfect, so we had a family pow-wow on the dock and entertained ourselves with their presence. 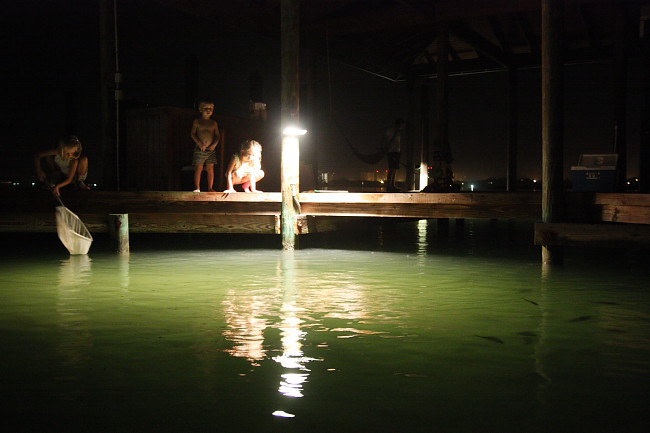 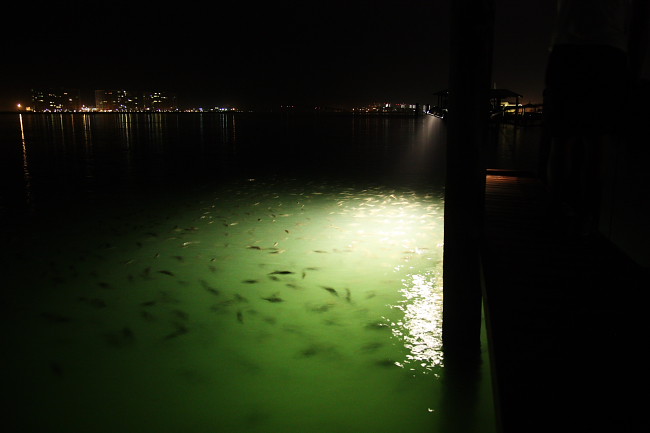 We’ve been watching the croakers for about a week now. They swim against the tide, and have been most prominent when the tide is at its peak, either coming in or going out. Monday night the tide was coming in and they were facing/swimming south. The tides are fascinating. The croakers are fascinating. All of nature truly is fascinating to me. We had a great time soaking in the wonders of the multitude of fish swimming at the dock. And Justin, as you can see in the next couple pictures, is as swift with a net as he is with a gig. We were able to put a few croakers away in our deep freezer and we hope they come in handy when snapper season opens. 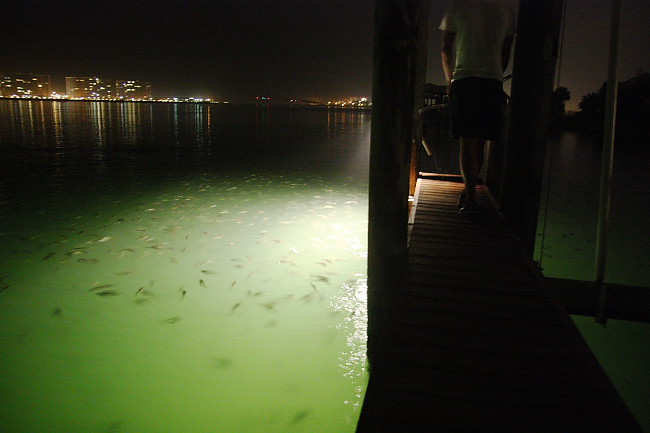 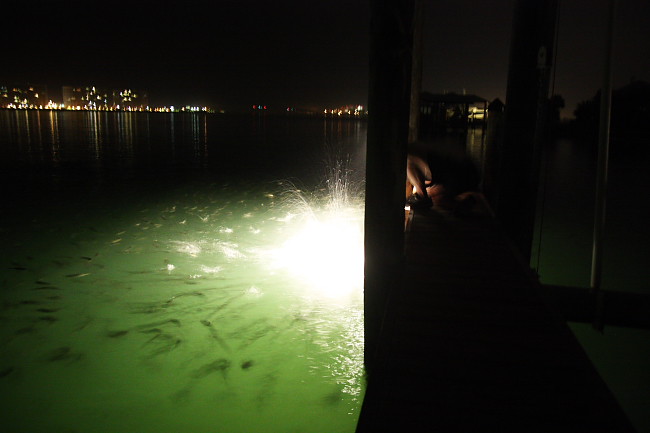 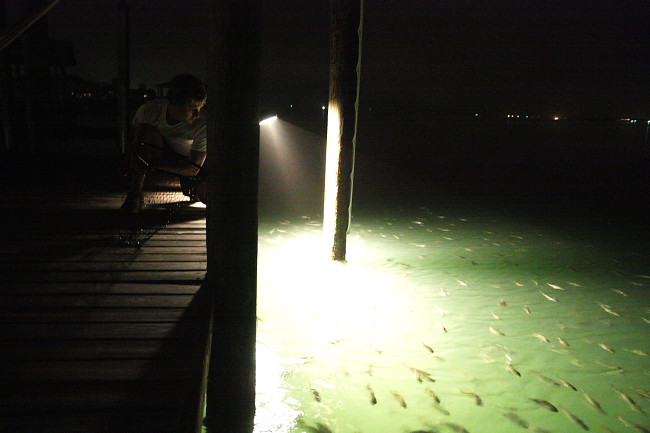 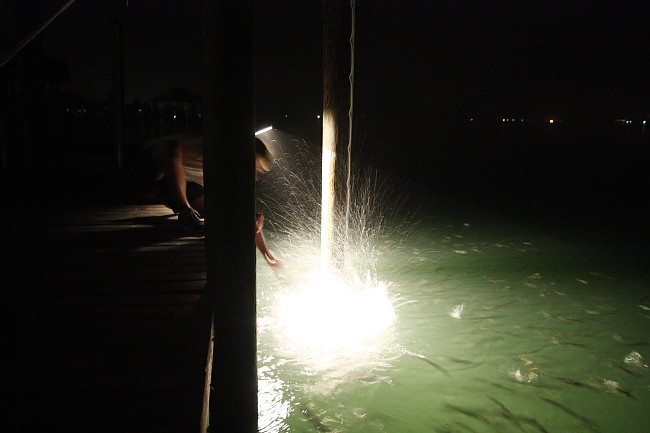 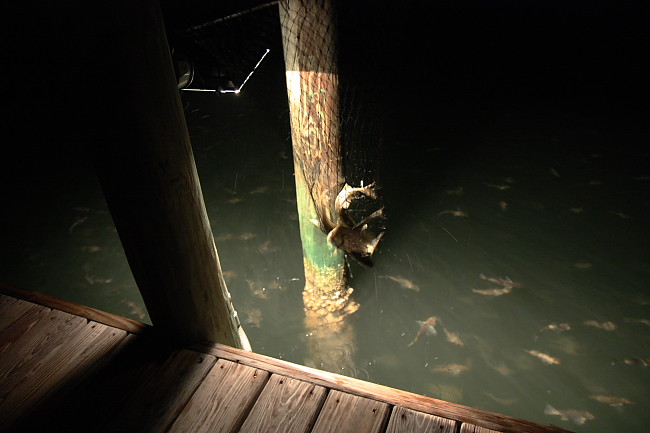 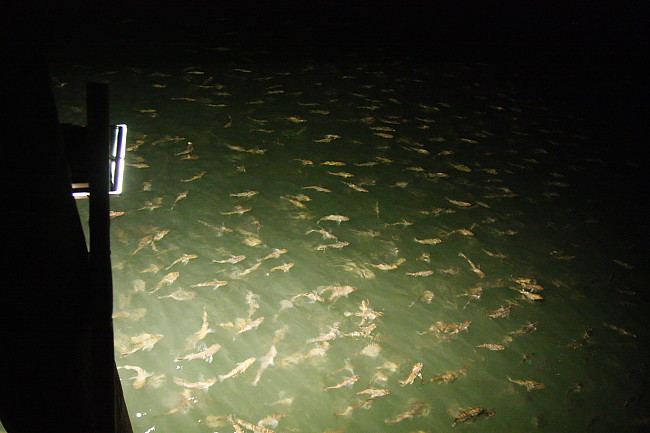 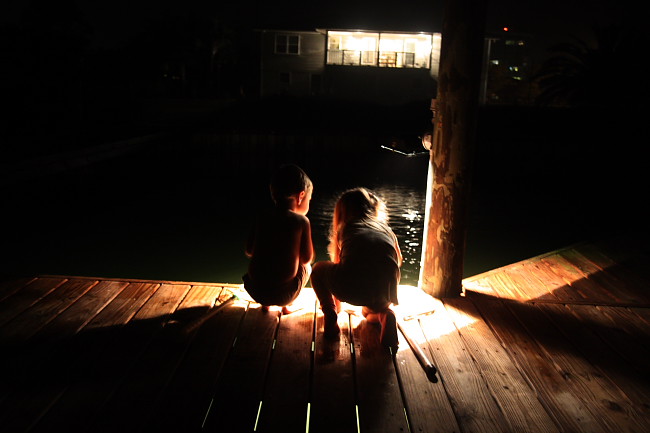 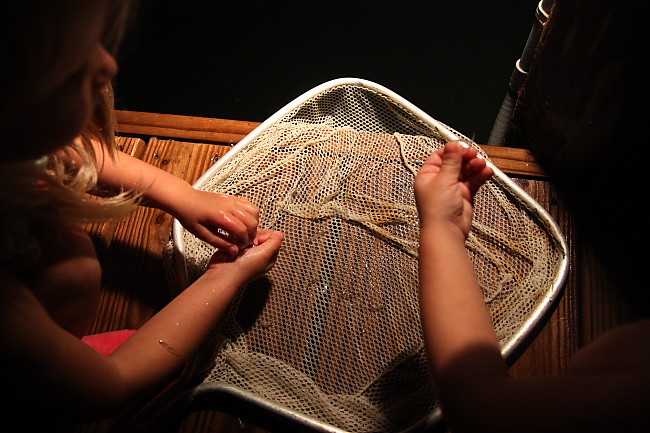 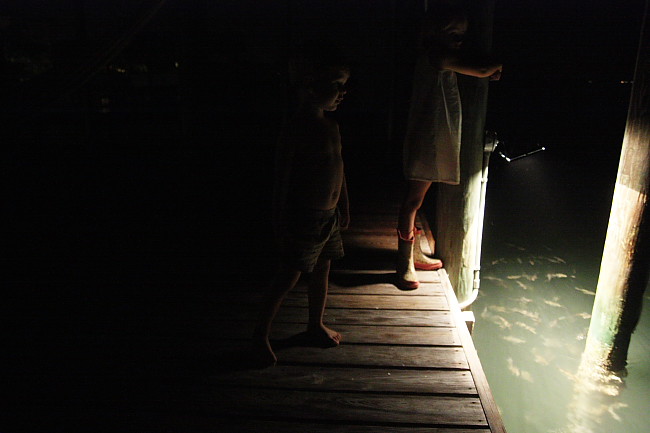