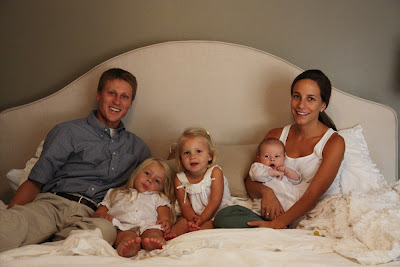 Morgan will be 4 years old in November. She’s never had her picture made by a professional. Neither has the Raiger. Nor young John Martin for that matter. I’m glad I held out. Erika got a new camera several months ago and has had a few pointers from a pro. The results have been second to none. {For those of you who don’t read her blog… she posted a different picture yesterday}. For weeks I’ve been telling her I want pictures made in our bed. Is that weird? I don’t think so. It’s one of my most favorite spots in our house. If we’d allow it, all the kids would sleep there with us. Erika wasn’t sure she could capture it. The walls are dark and she wasn’t sure there was enough light… I’m not an expert but they look pretty good to me.

She and Chance were coming back through town to pick up the pups and said, “We’ll be there in about 15 minutes… if you still want me to take your pictures take a shower and get ready.” Well, needless to say, I went without a shower. One day she’ll realize you can’t call a mother of three and say “take a shower” because unless the munchkins are sleeping it’s merely impossible. This is what she captured upon her arrival… 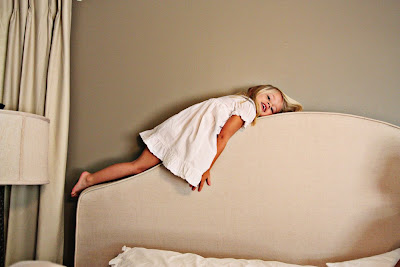 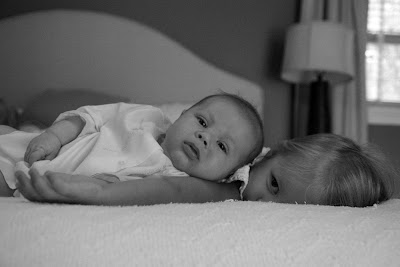 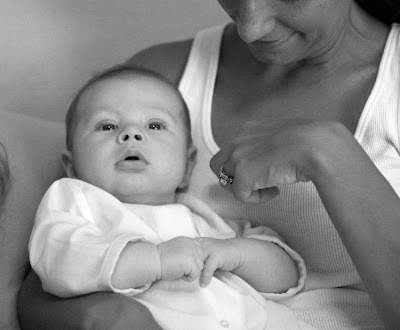 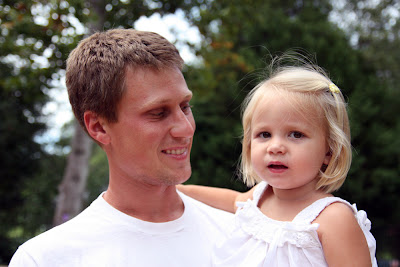 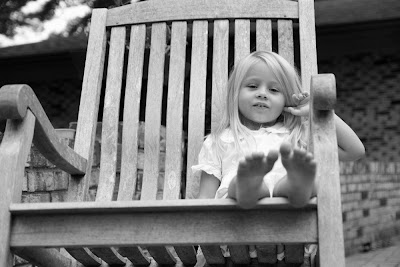 Our bedroom before {rather atrocious}: 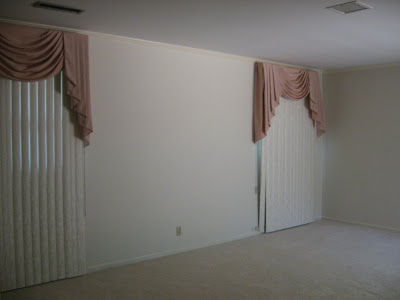 And after {please ignore that my comforter is not in a duvet}: 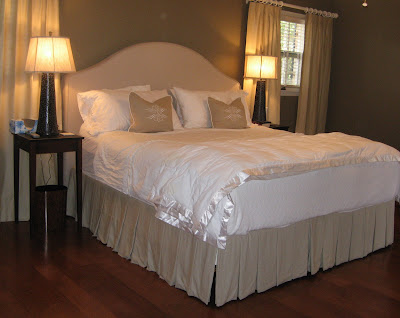 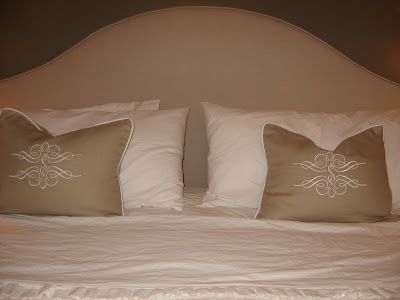 I think that’s it! And now I’m really bothered by the fact that I took these pictures {several months ago} before I realized that I had the wrong lamp shade on one of the lamps… they match now. Not that any of you probably noticed anyway!