A Thrifting You Should Go!

It’s been raining today. After I finished dishes this morning we tried to swim, but got rained out. 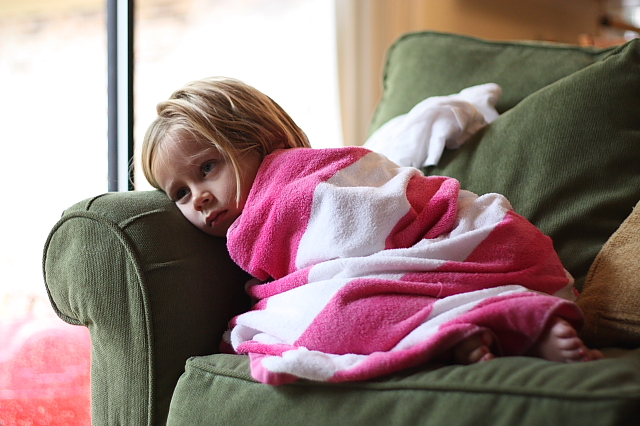 So we came inside had a picnic in the family room and watched cartoons. After serving her lunch I asked Paige how much she loved me. 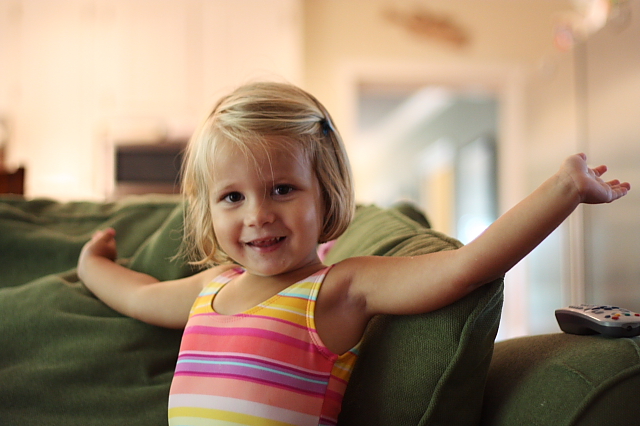 It joys my heart when she does this. Then she said, “I WANT MY MILK NOW!” That doesn’t joy my heart.

I also let John Martin have an Oreo. He scarfed his down and made his way to his sister and managed to snag hers out of her hands. Rover!

She snagged it back. 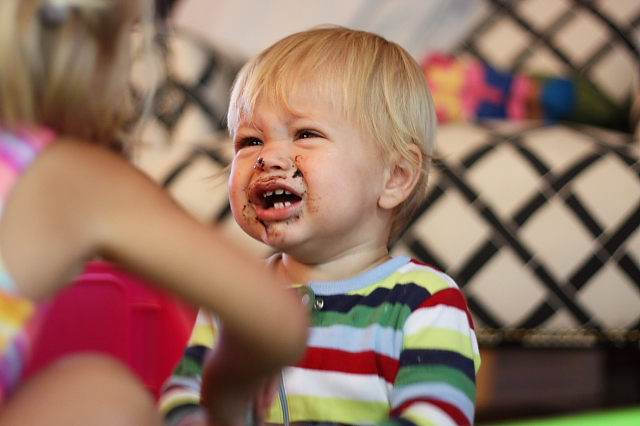 And he completely fell apart. 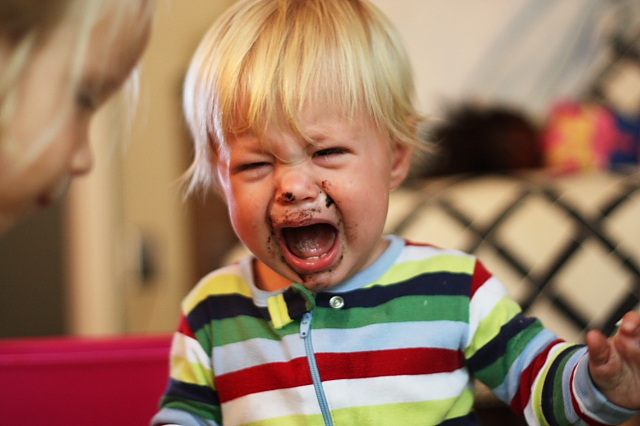 So what is the responsible mother to do? Strip him down… 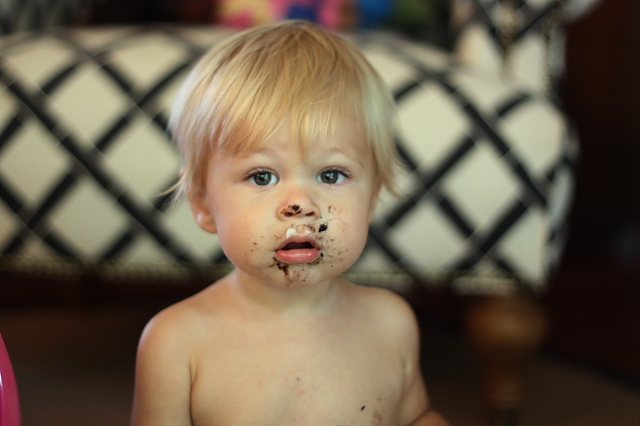 And take pictures of him. 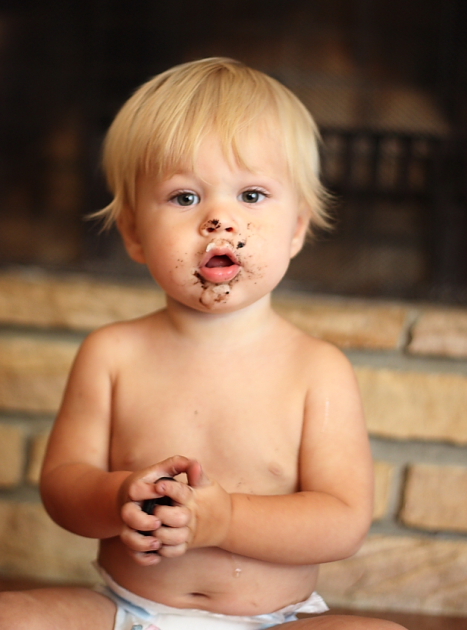 And give him another Oreo. And this, my friends, is how you spoil a child rotten. Don’t do as I do. Please.
So, what does all of this have to do with going to the thrift store? Nothing.
My intentions were to also show you some great deals we found at the thrift stores this weekend. First, I didn’t find this at the thrift store… but it was cheap and I think it’s cute. I also found a little black knit cardigan to wear over it. It’s from Walmart and I paid $1 for it. I buy most of my clothes at Walmart. I have no problem admitting this. They’re cute and they’re cheap. And their jeans come in lengths. Our local store is “rearranging” resulting in clearance racks that are overflowing. $1. Packs of gum cost more than that. {They have it brown and white too.} 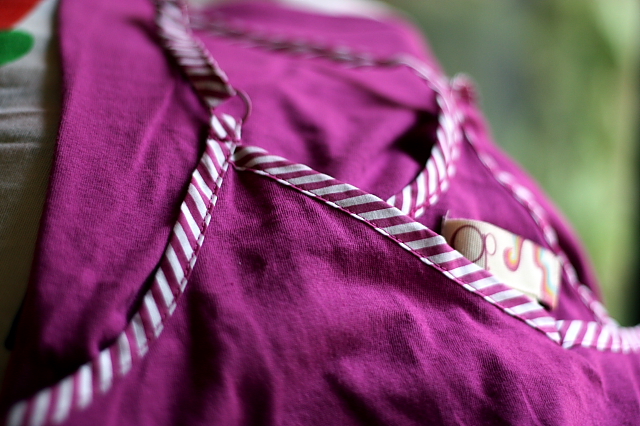 These are the precious curtains panels we found for $4. I haven’t completely decided what I’m going to do with them but they sure are fun and colorful. 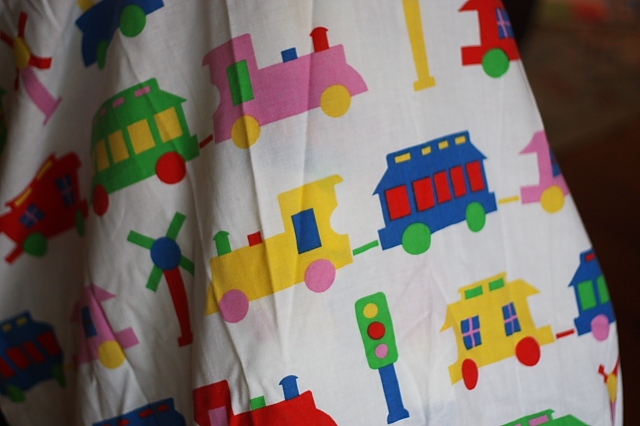 I also found a handful of really great clothing items for me and the kids. And last but not least… the most exciting find was a new stroller. A rockin’ {literally} new stroller. 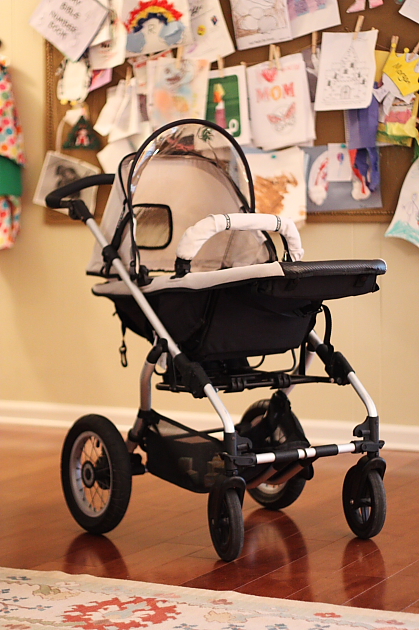 It’s called a Rockstar Baby Stoller {Infinity model} and I paid $10 for it. It’s by Jon Bon Jovi. Seriously. I didn’t know he was in the business of designing strollers but apparently he is. It’s basically just like a Bugaboo {with a smaller price tag} and in my case… a MUCH smaller price tag. The picture above is the toddler seat completely reclined. It also comes off and can face forward. Like this… 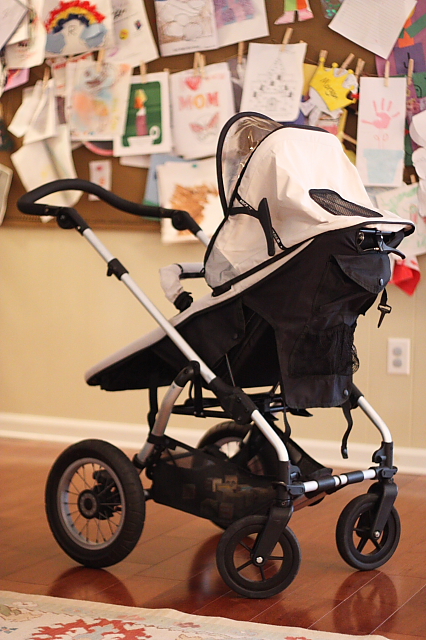 It was fairly nasty when I got it. But a little elbow grease and it’s like new! I also found this YouTube video that shows all it’s bells and whistles. I may have to loan it over to sister for a while… with a Snugride clip and a pram attachment she probably would use it more than I would. I don’t think they make it any more. 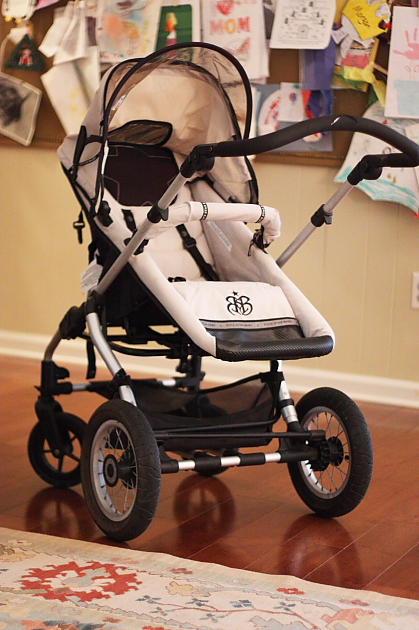 I’m not a very big fan of the “graffiti-ish” logo but I can very much get over it, especially since you can’t really see it when he’s in it. And while he rides in it his new nickname shall be John Bon Martin.

Ok, you should hit the thrift stores this weekend…. just don’t go to the ones I like to go to.

Never Leave a Child (or 2) Unattended with…

coming up for air & the pleated apron