Happy in the Heartland 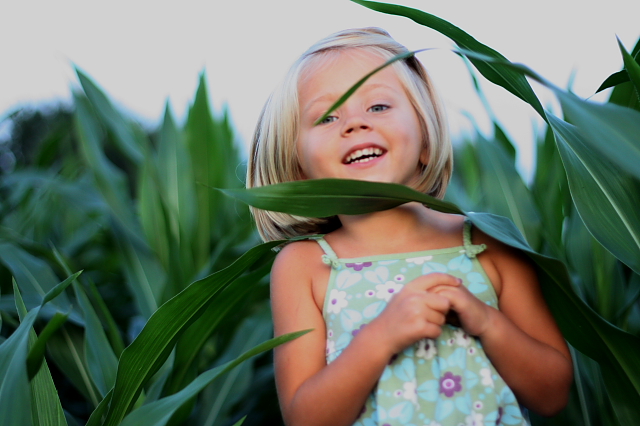 I feel quite confident if I were to summarize our trip thus far it would result in a very long post, so I’ll hit the highs and it will still be really long.
First, thanks for your condolences regarding our very long and loud trip up here. We did have a DVD player but Mr. Mouse took no interest in it whatsoever. It was only 24 hours after we arrived that I came to the conclusion that the horrific car ride was worth it. And it only took a few hours to me to realize that I didn’t pack warm enough clothes and we all were freezing on the 4th of July. Who woulda thunk it? Apparently, not me. The cool temps have been quite the respite from our 100+ degree days we’ve had for weeks in South Alabama. Our morning coffee on the porch has required sweatshirts. 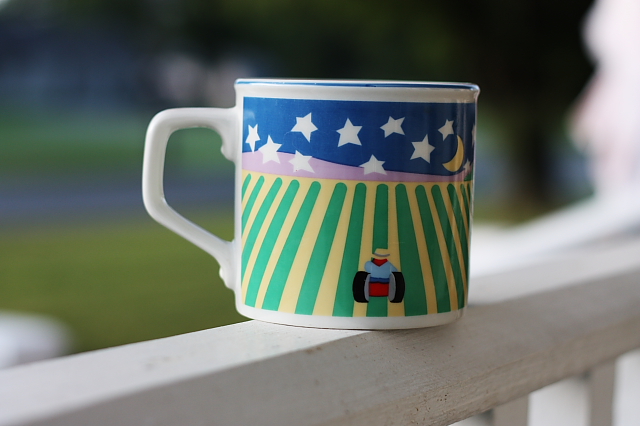 My roots run deep in rural Southern Illinois. It’s one of the most beautiful places on earth, if you like rolling farmland, soybeans and corn— oh— and there’s oil too! The children have enjoyed running wild through the corn fields, getting dirty, spending time with family, and playing with “Mom’s” toys.
This is my dad, he’s from here, loves his farm, his windmill, his unsweet iced tea… oh, and yellow too! 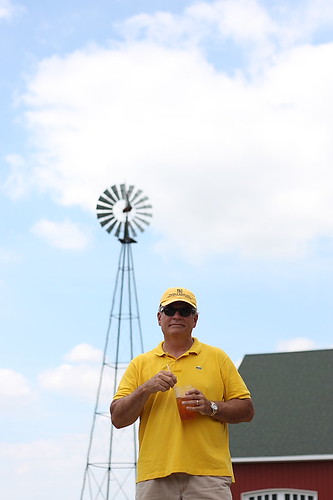 This is my mom, she’s from here too. 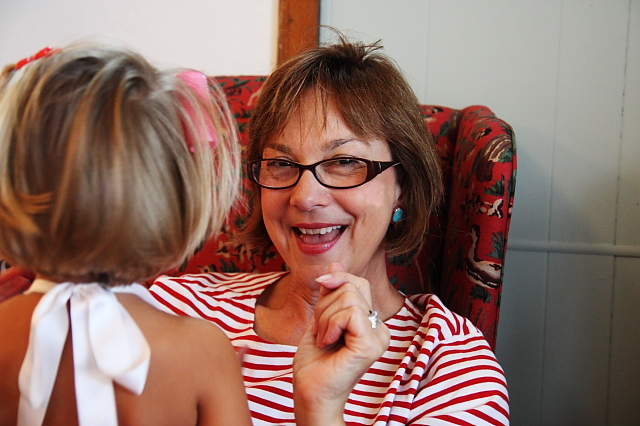 And, so is the rest of my family. And this one-room school house is from here too. Dad bought it for $1 and had it moved 150 yards onto his property. It was built in 1940 and my parents host all family functions in it. They painted it, added lights, a new back porch and an additional bathroom. The kitchen {which was originally a library} was in it and they just added a fridge. It’s perfect for family gatherings and keeps everyone out of the farmhouse! 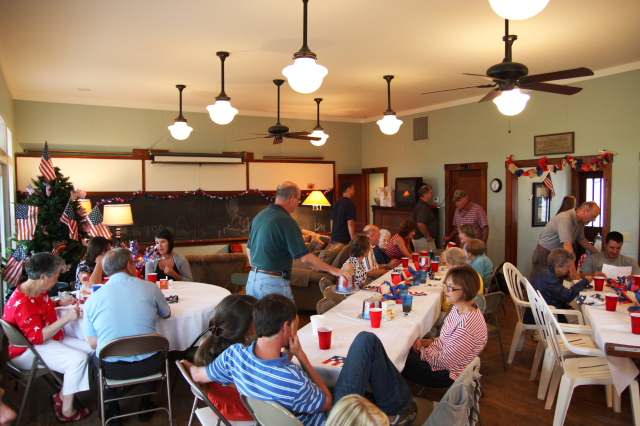 I’ve never lived here. Although, I’ve spent many summers here and I fully intend for my children to spend a lot of their summers here too. {pardon the picture, this is what the majority of our pictures look like if they involve more than 1 child} 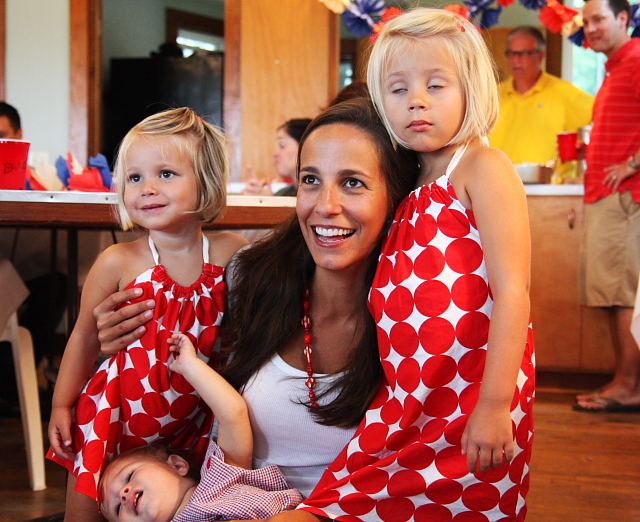 Erika and I were put in charge of the “decortations”. Did you notice it was Christmas in July? 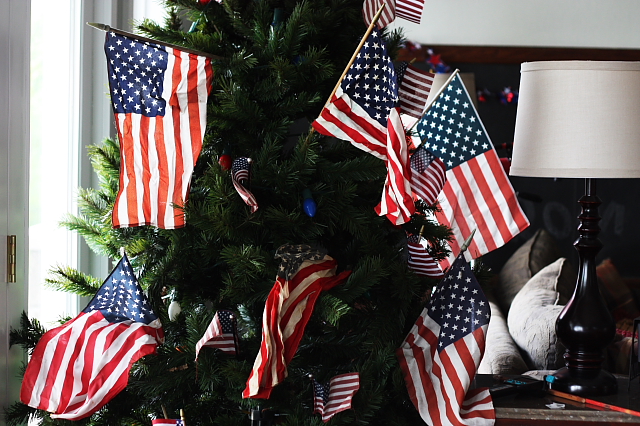 After all our hard work, Erika and the baby took a breather and I couldn’t resist a quick picture! 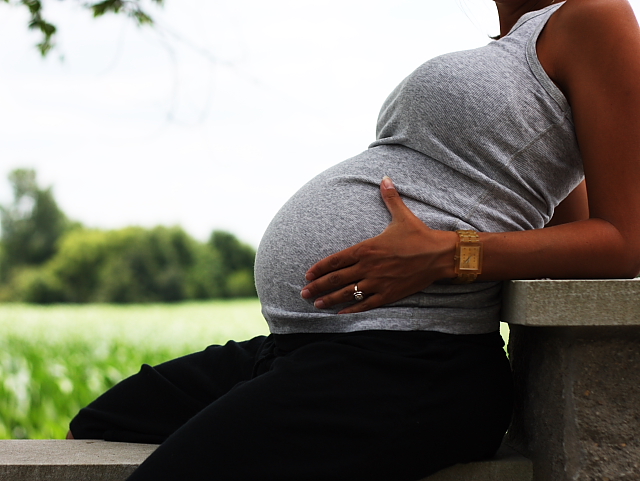 Nagrom was there when we decorated. Any guesses as to who Nagrom is? Anyone? Anyone? 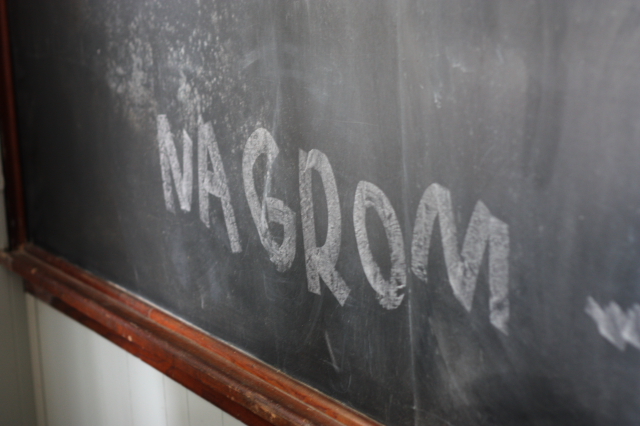 Despite the ardous journey, Hornet won me over and I took a few pictures of him too. He’s seen here with cousin McKenzie who I wish lived next door to me. 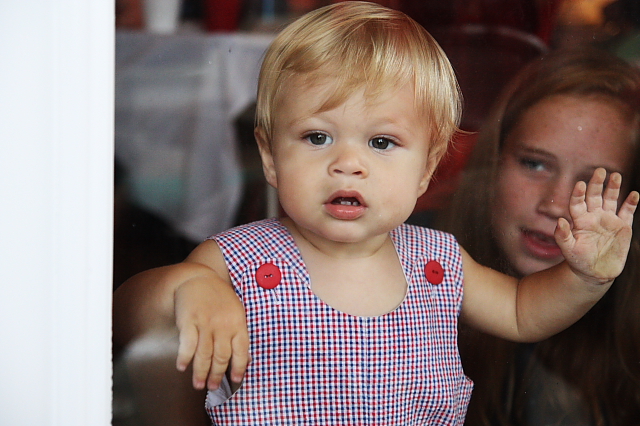 Following the 4th of July fesitivities we had a little shower for Erika and Baby Girl! 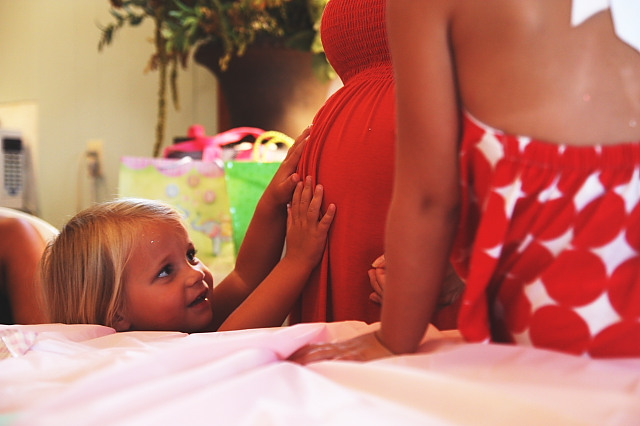 The men were in on it too and Justin won a shower game. He said he never knew there were games at showers. The game had to do with animals and I suspect this is why he won. He won bath salts… he was elated. 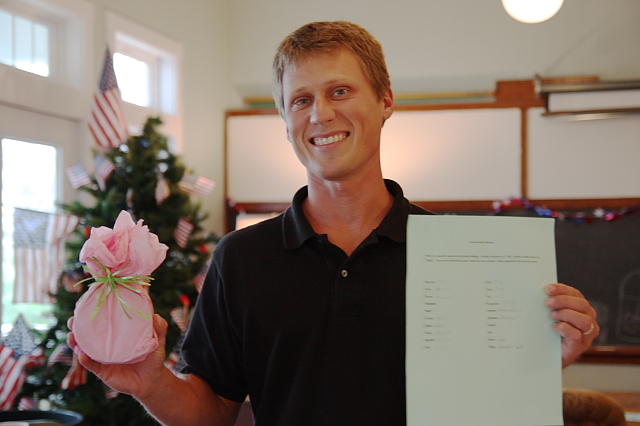 We always love spending time with Cousin, we probably have 3,451 pictures of the 3 of us, but can never resist one more. 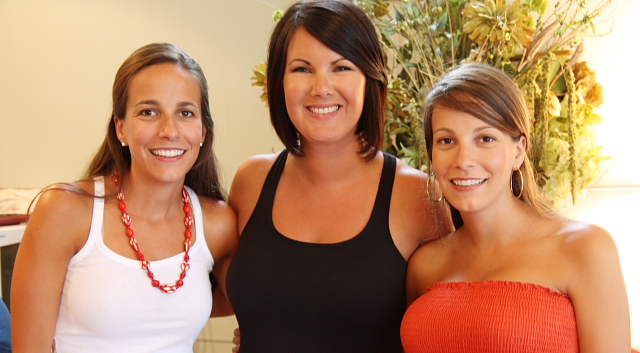 We did some sparklers on Saturday night. {Did you see the new header?} 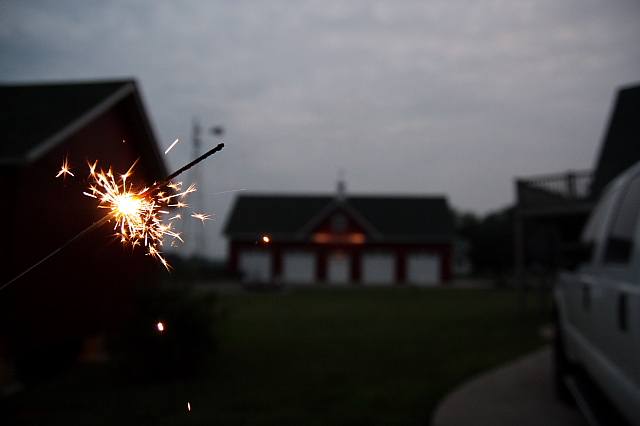 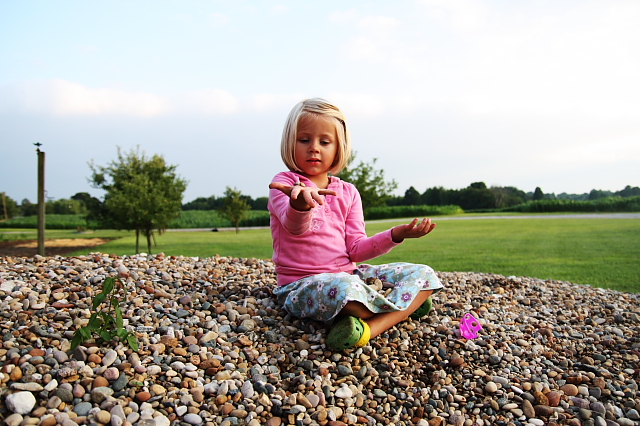 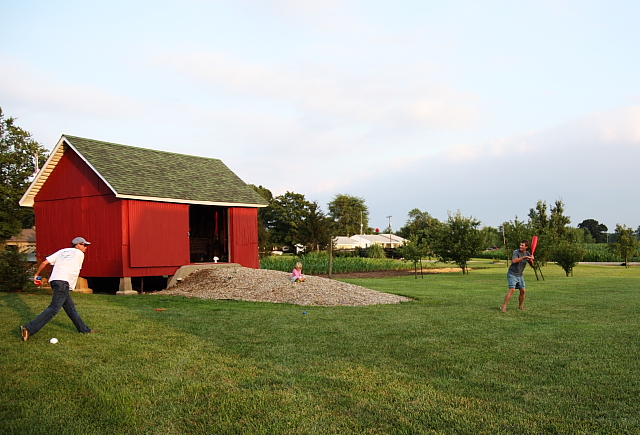 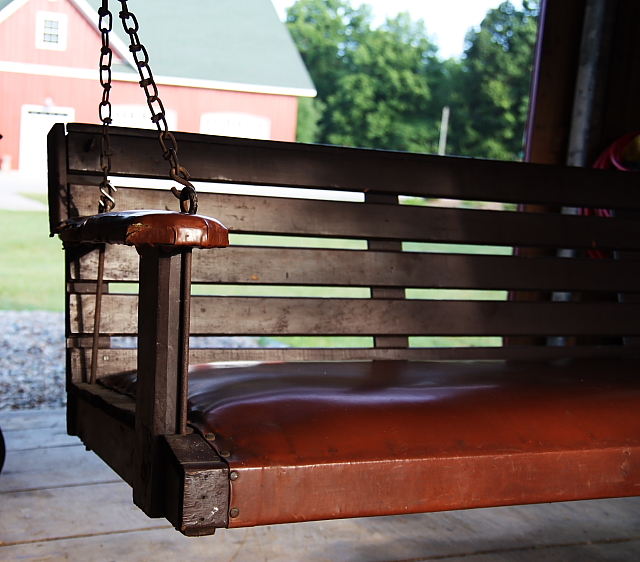 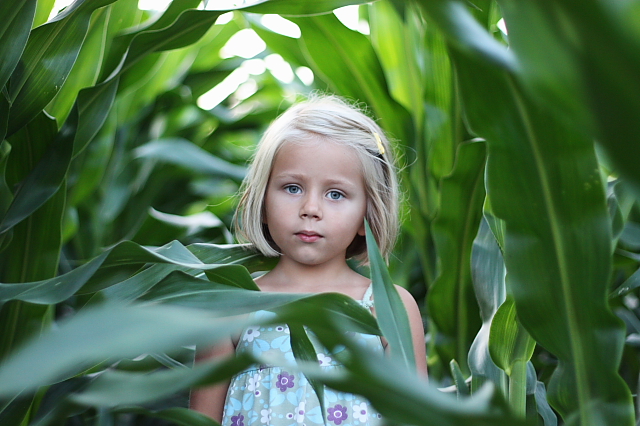 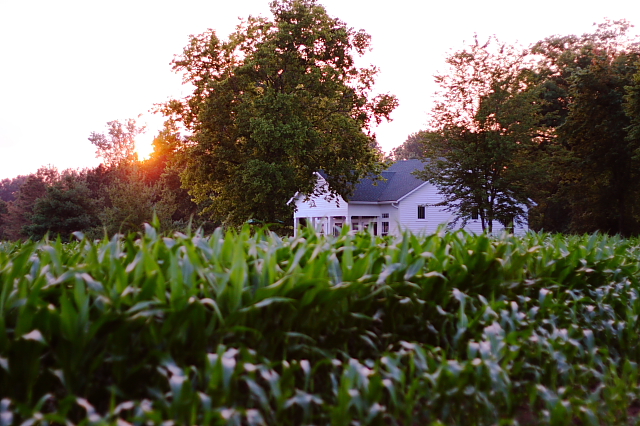 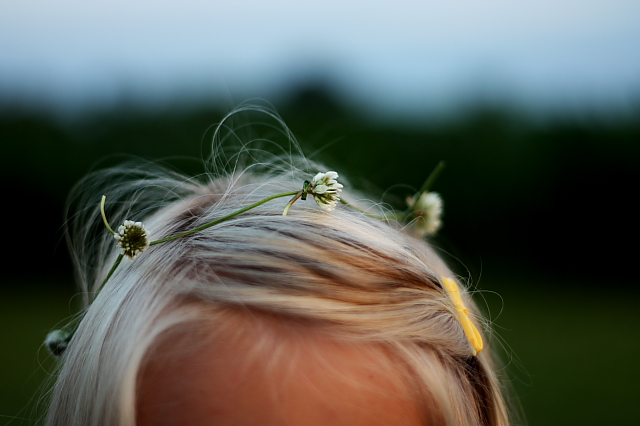 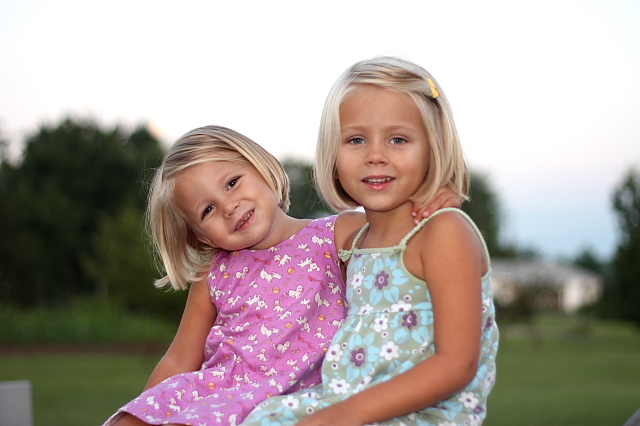 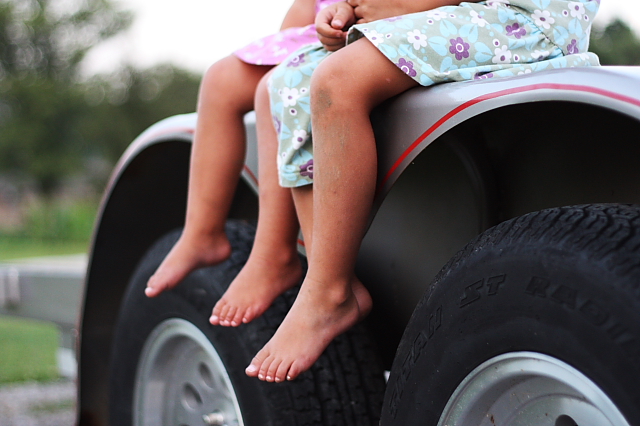 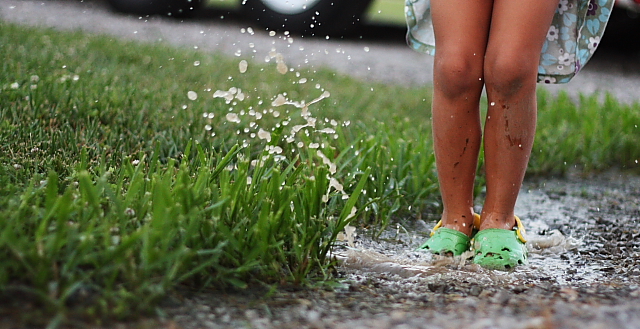 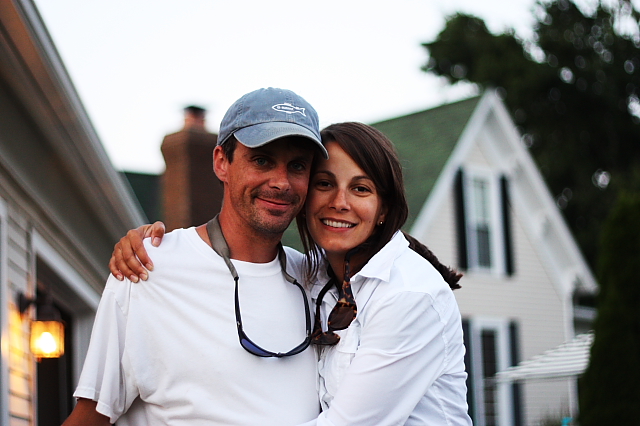 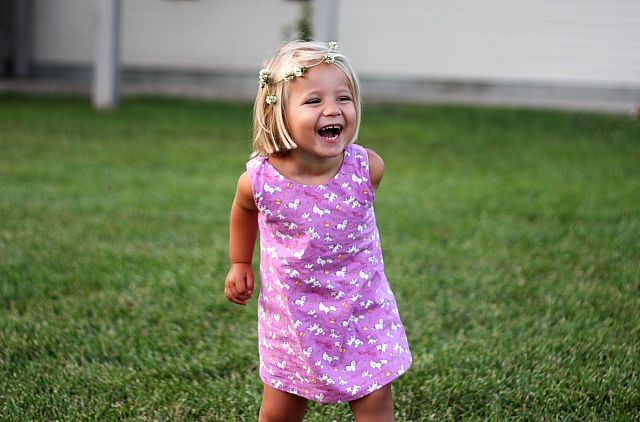 Last night, as the sun was setting, the neighbor girls {who happen to be 6-year old twins} came by for show and tell. I almost fell over. 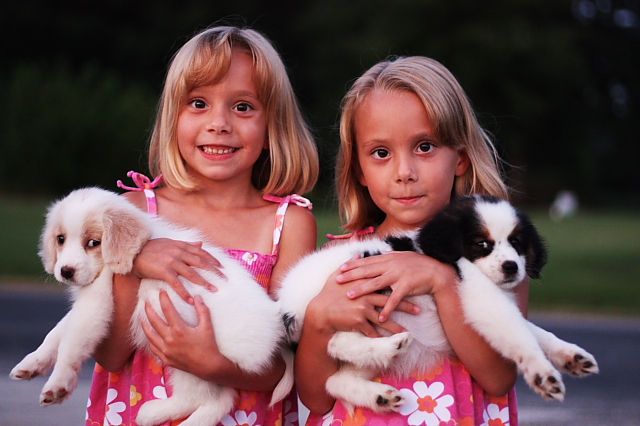 They brought their brand new fuzzy puppies Sally & Sarah {which I’m sure, by now, have new names}. 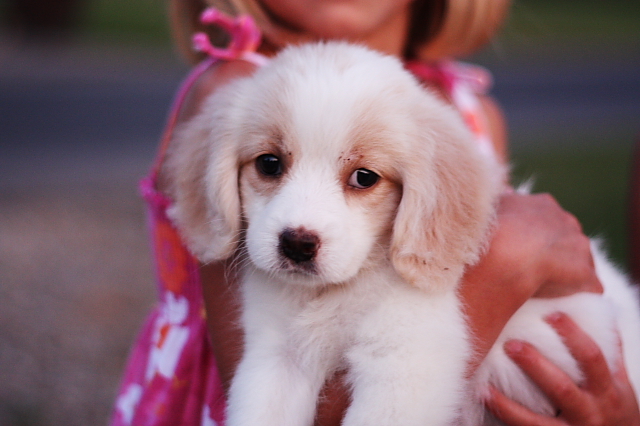 While we went nuts over the precious fur balls… 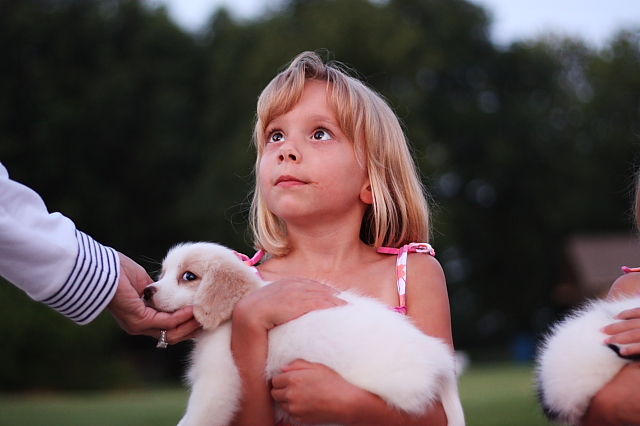 Justin talked to Brian {the girls’ dad} about his FANTASTIC garden that he plants on my parent’s farm. His garden makes me want to go home and till ours up and start all over. 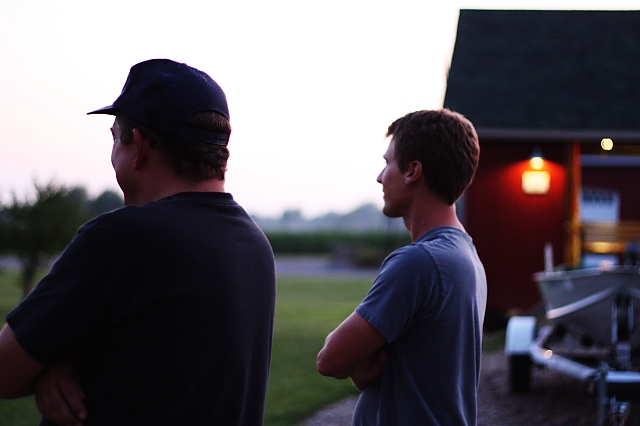 The sun set behind the barn and we all went to bed and fell fast asleep. 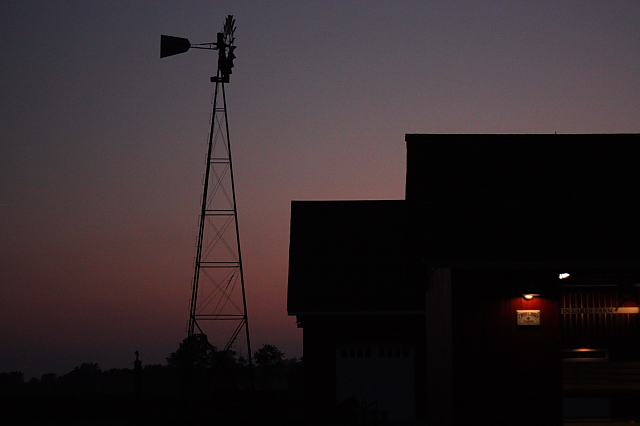 It has been wonderful and the fun has just begun! If you’re so inclined to see more pictures click here to link to the set I’ve started. I also added a Flickr badge to the right hand column of the blog, it links directly to the pictures in the “Farm Set”. If you want to check in before I post again I’ll be updating and adding pictures of all our adventures there.

**ps- Have any of you noticed Morgan’s teeth? They have become so straight since she stopped sucking her thumb. I’ve not edited them at all… they have laid down and straightened up and I never thought it would happen!! Rejoicing in her victory over thumb sucking… if you have a little sucker, make ’em stop! You’ll be shocked at the difference in their teeth in a matter of a few short months! Now I just need to take away Paiger’s paci! 🙂

While the Cat’s Away