We Call Him Kipper 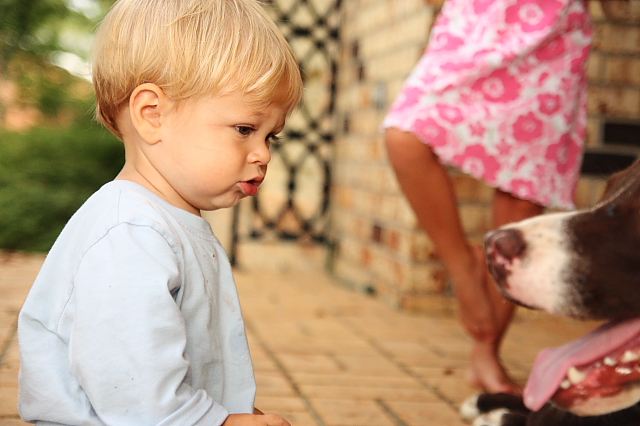 We turned our renovation efforts outdoors this weekend. It resulted in trees going down, Mule rides, stump grinding and a furry new friend, we call Kipper*. 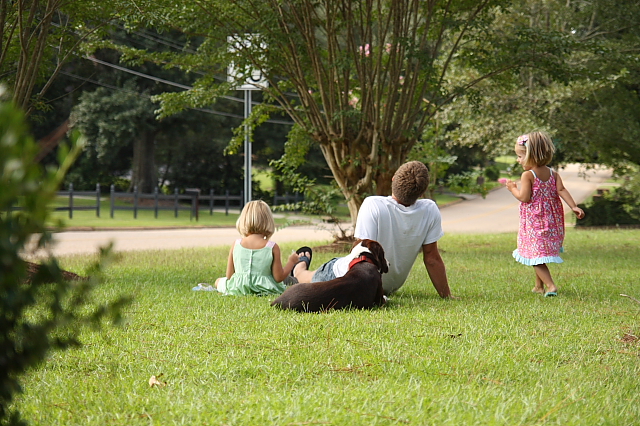 He belongs to someone, not us, someone who put a red collar on him with no tags. We are temporarily caring for him until his rightful owners come get him. We’ve also explained to the girls that Kipper’s owners are going to come get him and that he’ll only be here until then. He’s a playful, oafy pup and appears to be under 1 year. He’s also a MALE, very MUCH a MALE, I told Justin this morning I’d like to take him to be neutered. Justin said he didn’t think his owners would appreciate me taking care of that for them. I’m going to give them a few more days to claim him and then Kipper and I are off to the vet’s office for a little PROCEDURE. 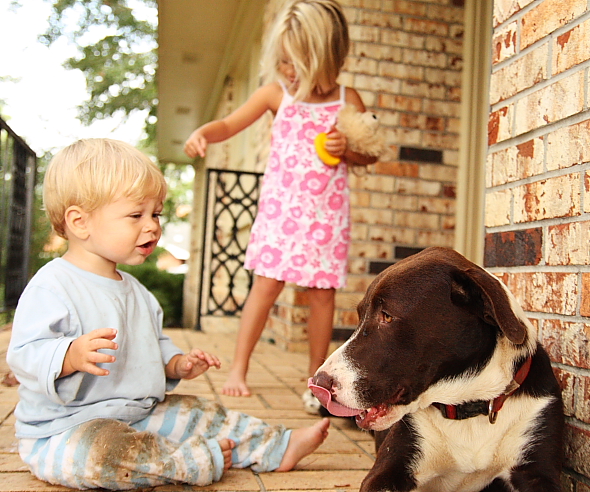 He’s very lean and fits through the pickets on our fence which can be quite a problem. He’s about as sweet as any dog can be and would make a great companion for anyone. He will follow you around the yard and then lay at your feet when you stop moving. He was still in the yard this morning when we woke up. I was half hoping he snuck out and found his way home and half hoping he was still there. Eufaby tolerates him fine. She immediately told him it was her house and she was in charge around here… dogs do that you know. But now she just looks at him and rolls her eyes, as if to say, “you’re invading my territory”.

Non-Kipper news…. Justin’s been thankful for the help of another male this weekend. 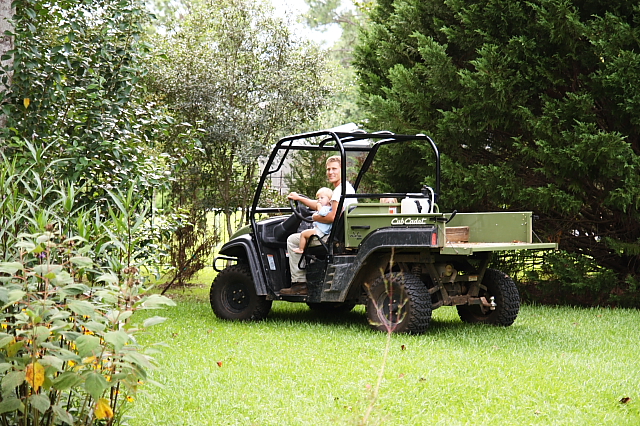 And John Martin was elated to be included in the help, even if his help only involved being a co-pilot for a quick jaunt around the yard.

Happy Monday, folks! I hope you all had wonderful weekends too!

*Kipper- we named him after a video we have called Kipper the Dog. Do any of you know what I’m talking about? It’s a little British dog named Kipper and it is so cute! The girls love it. I picked it up at TJMaxx or Ross for a few dollars and it’s one of their favorites.

Family Portrait {HELP ME IF YOU CAN}