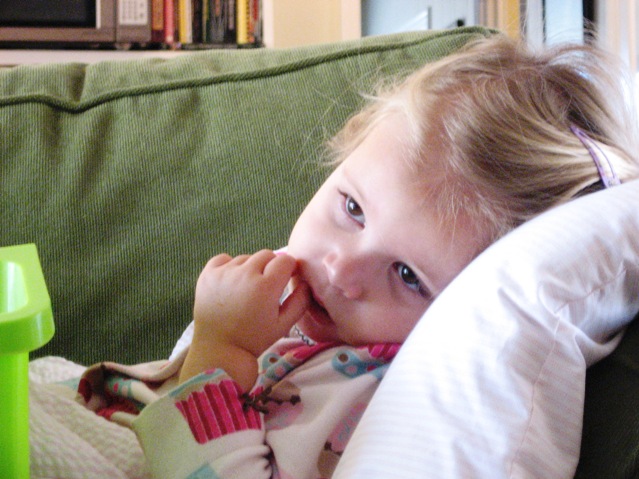 If you could see my house you would pray for me and scold me for blogging right now. I have so very much to say but the in law’s are coming over tonight so once I take care of business here on the blog I’m taking my house on full speed ahead.

The Raiger got hit by a fever virus this week. It was kindly passed down to her by her big sister and I’m already hoping and praying that little man doesn’t end up on the receiving end of it next. I have also been feeling cruddy this week… so we’ve been all couped up in our infirmary. But on a positive note, I will say that I am quite thankful for just a minor illness… it could be much worse. {Which reminds me… y’all keep praying for Hannah Grace, Cora, & Annette, ok? They need us to storm heaven’s gates on their behalf.}
The Raiger used to be good medicine taker and now she has declared that both of these are “too picy” {which is “spicy” for those of you without a 2 year old}. She may take one but it usually gets spit out and there’s no convincing her to take the 2nd one. Kids! 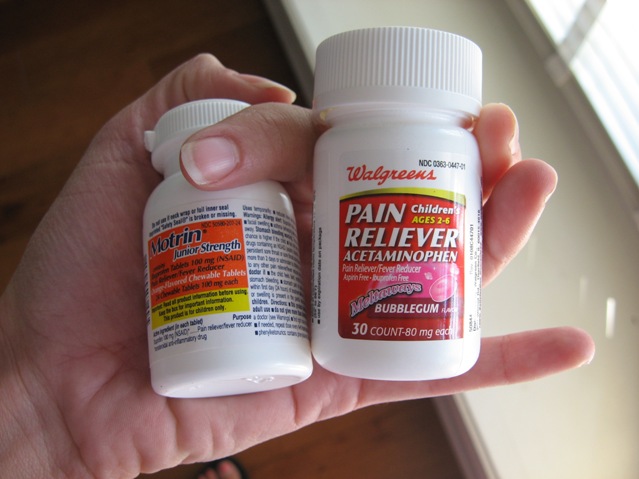 Which leads me to the next statement… my children have NEVER had antibiotics! Can you believe it? Abby was here last weekend and we were talking about ear infections and none of mine have ever had one of those either. Praise the Lord! I’m not anti-antibiotics but it’s a real treat to not have ever used them so if and when their little bodies need them they’ll hopefully work really well!

While we’ve been held hostage in our own home {who am I kidding, I don’t leave when we’re all healthy} I’ve been working on a few little useful things. First, we are in need of some dish towels and since I have a problem going to Target {because I go for dish towels and leave with $100 worth of other stuff} I decided I’d make my own. Just like the one I gave away before Christmas. I bought the birdseye cotton from Sew Many Diapers and I love it because it’s super soft and absorbent and 45″ wide so I can get 2 dish towels from one width. Most other birdseye I’ve found only comes in 30″. It’s a very fun, rewarding and useful sewing project. The top one is made of scraps left over from my apron and the one below is made of fabric that was hiding in my pile… it reminded me of February:: blue skies with a splash of red. 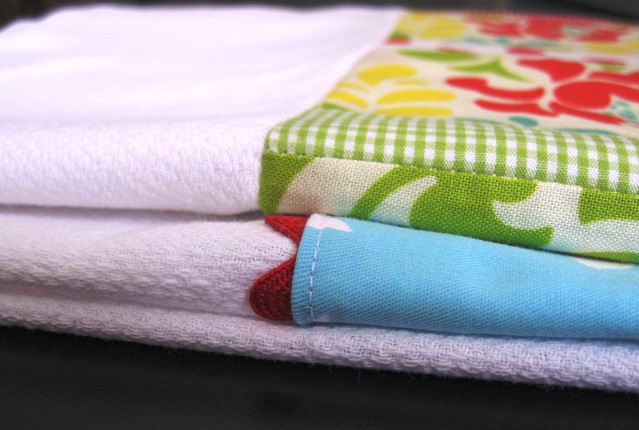 Speaking of blue skies… look at what we marvelled in today? 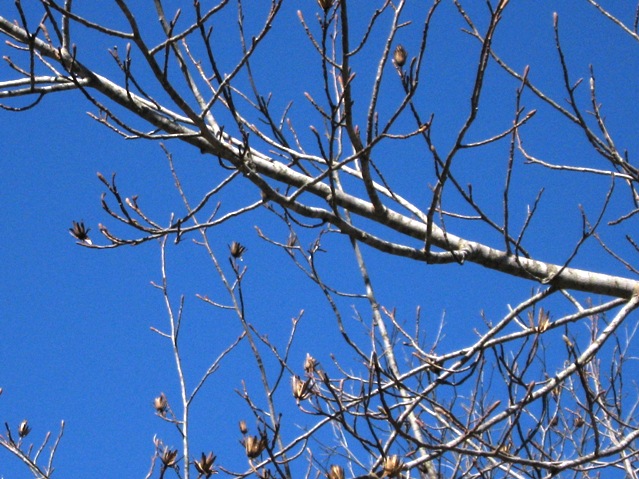 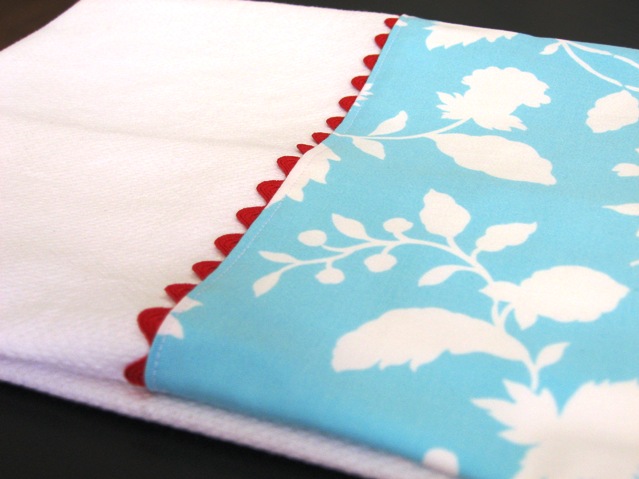 The other one looks like this all opened up… 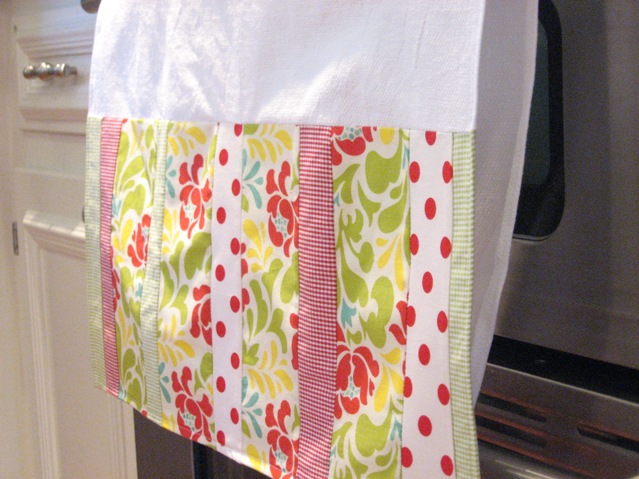 My other project was a bird bag… 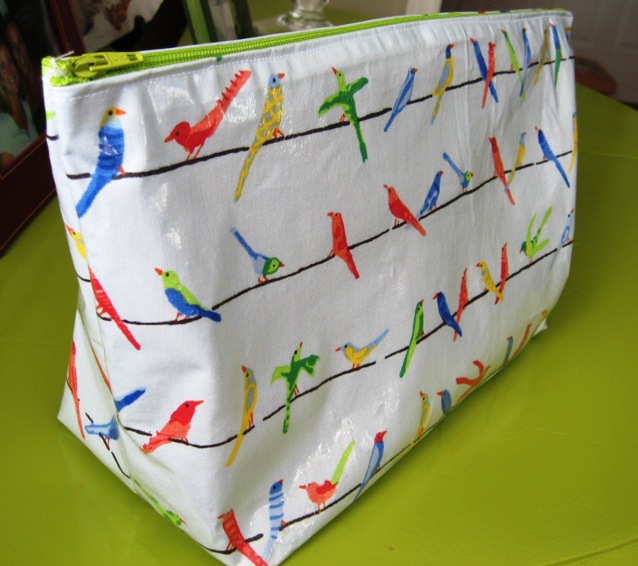 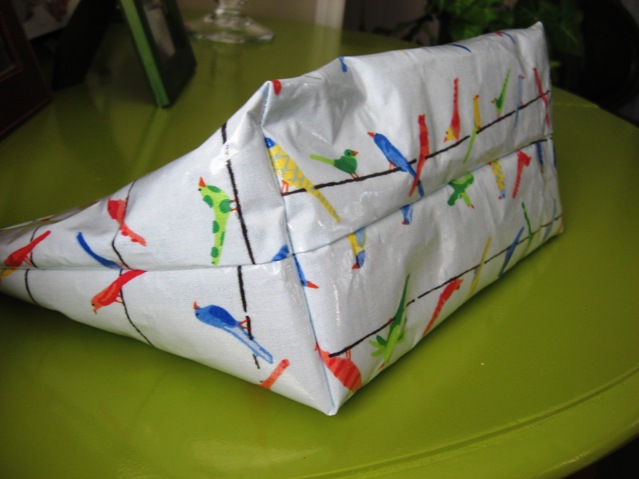 Those of you who have been around for a while know I have quite an affinity for little feathered creatures… aren’t these guys cute? They were hiding in my stash too. Can you tell they’re shiny? I used an iron-on vinyl by ThermOWeb and I may have a new favorite product. I found mine on Overstock for $20 for 5 yds! Now my wheels are turning as to what else I can vinyl-ize! I’m thinking some placemats and perhaps some bibs for junior!?

The zipper pouch is similar to the one I showed a few weeks ago but this one isn’t lined and I added gussets to the bottom so it will stand up on it’s own. I think I will use it for diapers and wipes and keep it in my purse!

Ok, I seriously need to go… I’ll leave you with this: 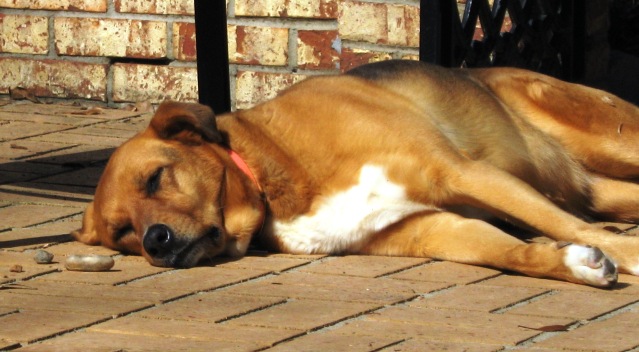 That’s our dog, Eufaby {pronounced U-fob-ee}. Isn’t she sweet? Well, really she’s not, but she likes us a lot.

There’s Power in the Blood