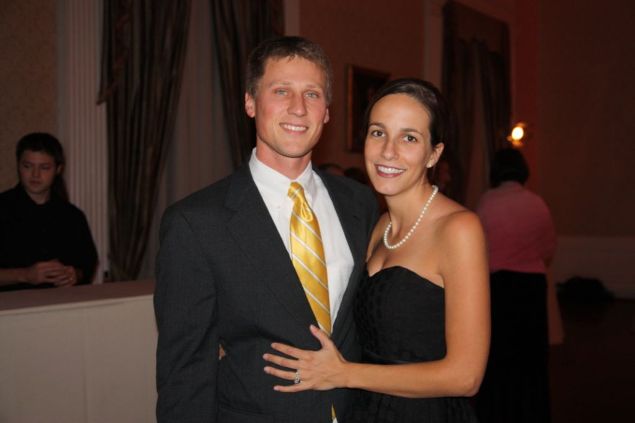 Happy 31st Birthday to my best friend, my husband!
I love this man very, very much! He’s a wonderful husband and a wonderful father! And he still looks 18… so that means when I look 60 he’s going to look 30 and everyone will think I robbed the cradle!
We woke up to birthday muffins. 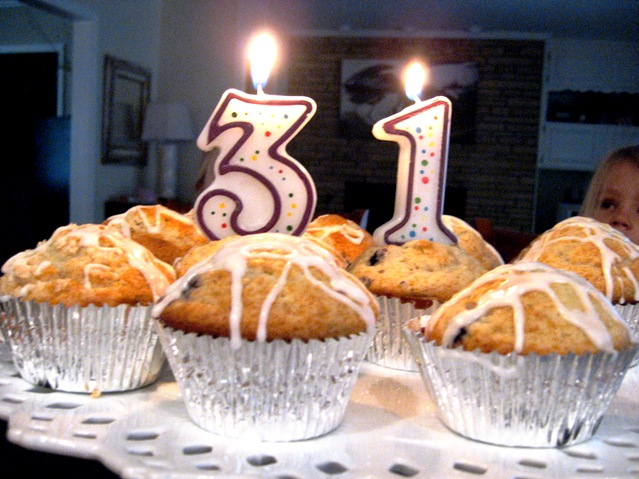 The girls enjoyed the singing and celebrating as much as he did.
Paige only ate the icing.
I treated him to a very romantic gift: a bee suit.
Unfortunately, I didn’t get my act together and it’s not here but he was excited when I told him.
Our old neighbor in Anniston keeps bees and has offered to hand them down to Justin.
He’s been waiting for this suit before he can go get them. {Don’t worry, we’re not keeping them at our house.}

Since it is Justin’s birthday… let’s talk about bacon and/or ham. {Not that either really have anything to do with him or his birthday but generally men really like both… and well, I do too!} I was raised in a “hot breakfast” house. That means that most every morning we had a hot breakfast. Well, what goes around comes around and ’round here we eat hot breakfasts… most of the time. I’ve mentioned before that we really like eggs and what goes better with eggs than bacon! But really bacon is a mess. The pre-cooked is never as good as the real deal and well the real deal is messy no matter how you cook it. I’ve tried every method under the sun {even baking it and my oven was covered in bacon grease for weeks}. So last week I decided to forget the bacon… we’ll go for ham. It was a huge success and the whole family enjoyed it and I appreciated the fact that it was easy and mess-less. Here’s one of our favorites…. a Bay’s english muffin {buttered of course}, a fried egg {over easy}, browned deli ham, a scoop of cheese grits, and good ole “grind” from the peppermill. If you don’t allow your foods to touch this is not going to appeal to you. But you could certainly seperate all these and it would still be good. 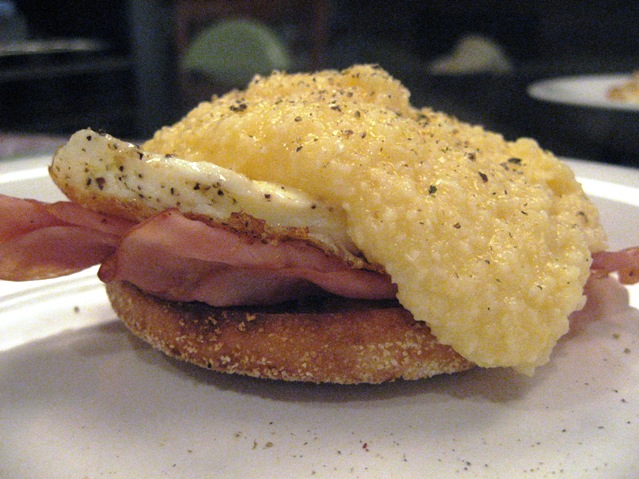 It’s really just plain ole brown sugar deli ham {the prepackaged kind by Hillshire Farm}. I browned it in the pan with the eggs and it was delicious.

Ok, speaking of ham and bacon. Do you add it to your peas? {I’m not talking about the English ones}. I’ve learned living in the south there are other kinds of peas. There are 3 we like that are common around here: white acre, black-eyed, and field. All of which are better when simmered on low for an hour with bacon or ham. But when it’s 4:45 and you’re just getting a bag of peas out of the freezer {Which someone from church brought you when you had a baby. Don’t you love it!? I really do… that someone brought us bags of frozen peas… and I’m not being sarcastic… I think it’s fabulous.} Anyway… so when time is of the essence and you must get those peas on and there’s no bacon in sight {nor do you want to fool with messing with it} you can pull out this… 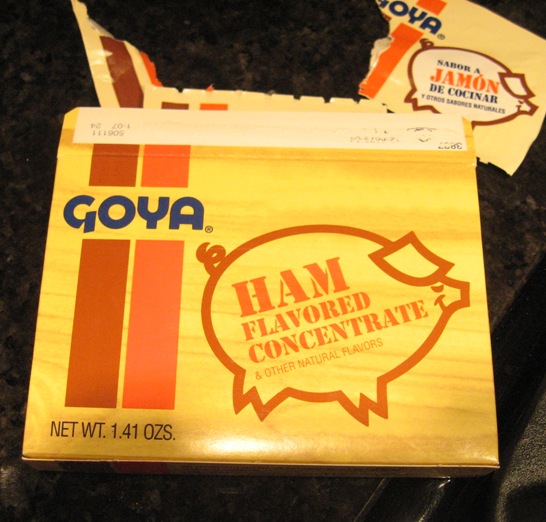 Ham bullion. It will make your peas taste so good that your kids will want seconds. This is one of those tricks that I didn’t know about until recently. Sister’s MIL always uses this and it’s a DELIGHTFUL shortcut! So, try it out… it’s in none other than the ETHNIC FOOD AISLE at your local Walmart. And will probably be seen with the JAMON side facing the aisle… the back of the box says HAM.

Today is Wednesday, that means “curbside pickup” for not only the garbage men… but me also. I had to cut mom off in a conversation earlier so I could rummage through someone’s trash and get this table out… I could at least get $5 for it at the yard sale, don’t you think? 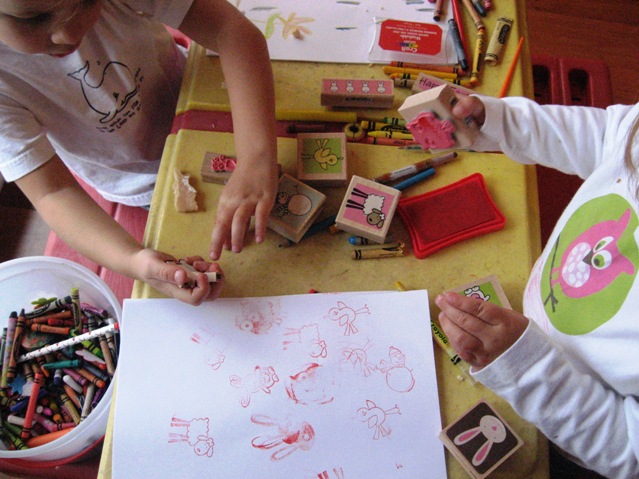 But the girls have had a lot of fun sitting at it today so I’m not sure they’ll let me part with it. See their stamps? The next post will give you another idea of what you can do with the $1 stamps at Michael’s.

Thanks for following me on my rabbit trail of a birthday post!

Yesterday We Went to Town