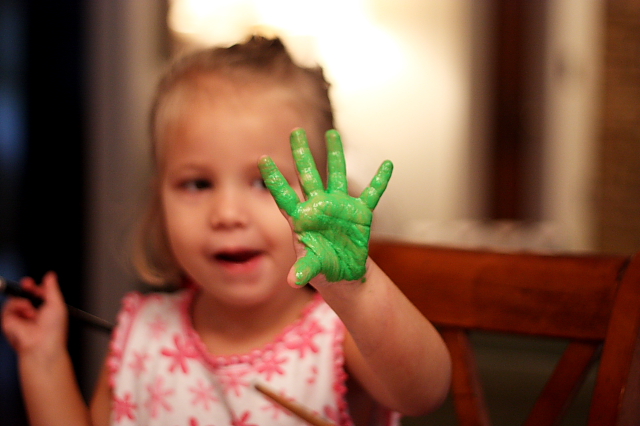 I want to first tell y’all that you make me laugh, you encourage me, and really I’d like to spend some time with each of you because I think you’re all super cool.

Sometimes I assume you’ve been around since the very beginning of this blog. But back then no one was around besides me, Mom, DaddyBoy & MommaSis. Because I thought you’ve all been around forever I figured you knew I made the star garland but bought the stockings from Pottery Barn Kids {post-Christmas sale in 2006}.  The star garland was way easy. I just made a star pattern and cut stars from fabric scraps, used fusible fleece between the two layers, used a straight stitch to sew the layers together, and used my pinking shears around the edges. At the top of each star I made a button hole and strung the stars on twine. The stars are hung on an old door that we have above our fireplace. We are mantel-less but had the door in the garage. In fact, it used to be our headboard when we were first married.

For the majority of my childhood I lived in areas of our country that get snow days when it snows. We don’t get snow here but we get rain and when it’s forecasted to rain hard they cancel school. Which is just fine by me. We love preschool but we also love not going to preschool! 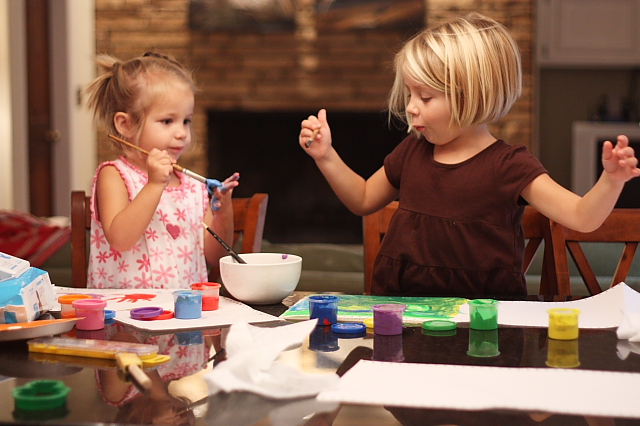 We also like to create enormous messes while making masterpieces. 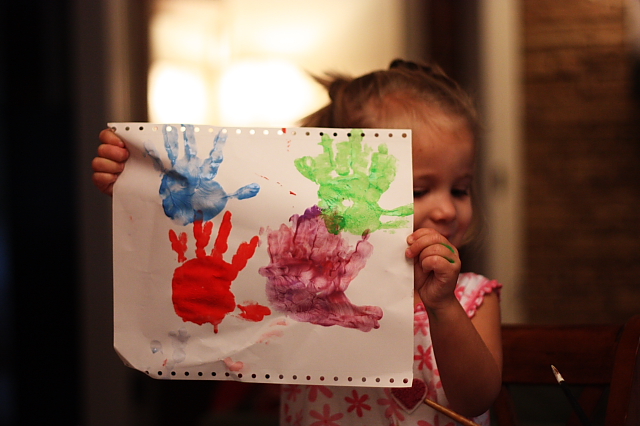 Thank you, Mom for the circa 1991 box of printer paper… we’ve just barely put a dent in it!

We also did a little baking and decorating and I’m still trying to decide if I should tell you how many cookies I ate… or not. 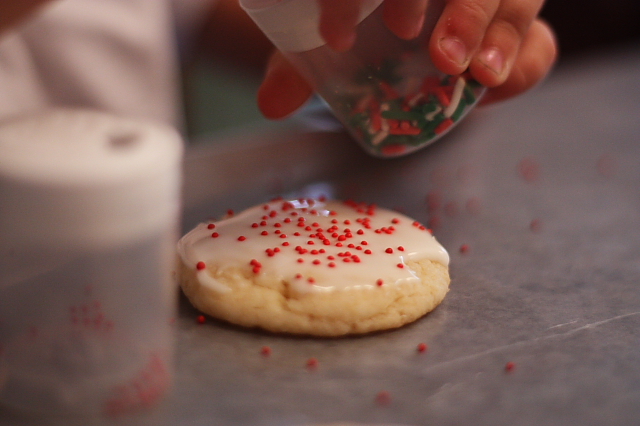 Then I made Cinnamon Honey Butter!

And I’m going to make a very bold statement about it… if you use any recipe from this blog let it be this ONE! I’m making it for my neighbors, pastors, friends and I feel certain that I’m going to have to make it for everyone I know because it’s so incredibly tasty I wouldn’t want anyone to be left out.

Besides the fact that it tastes REALLY GOOD it’s also REALLY EASY.

2 sticks of butter at room temp 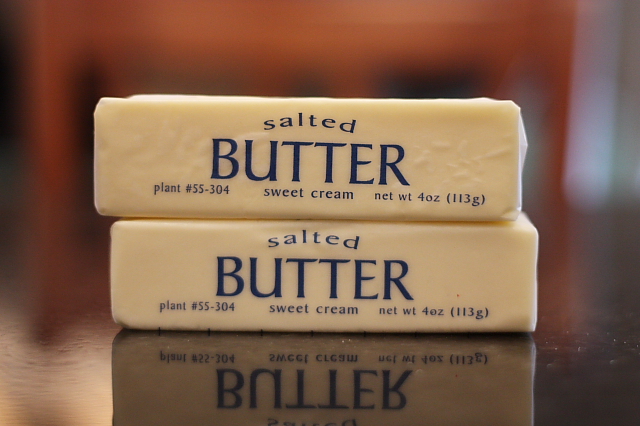 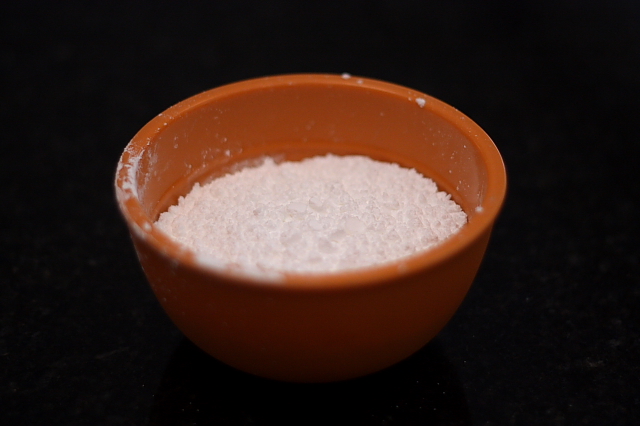 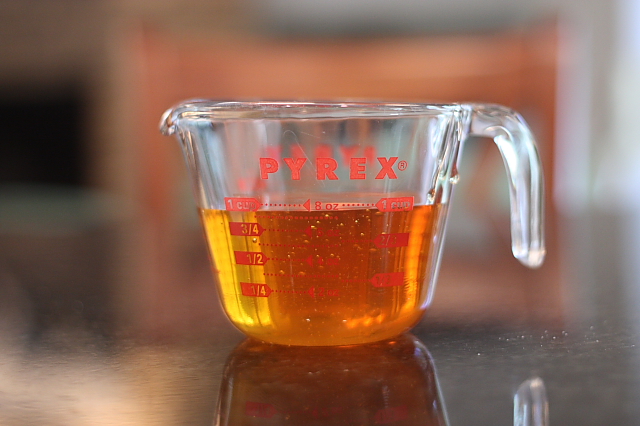 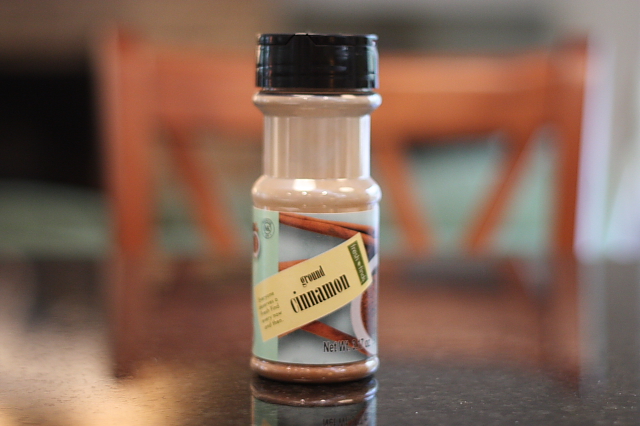 I used the whisk attachment for my mixer and whipped the butter {make sure it’s soft and room temp}. I added to it the powdered sugar, then the honey, then the cinnamon. Whip it good. Scrape the sides. Whip it again. 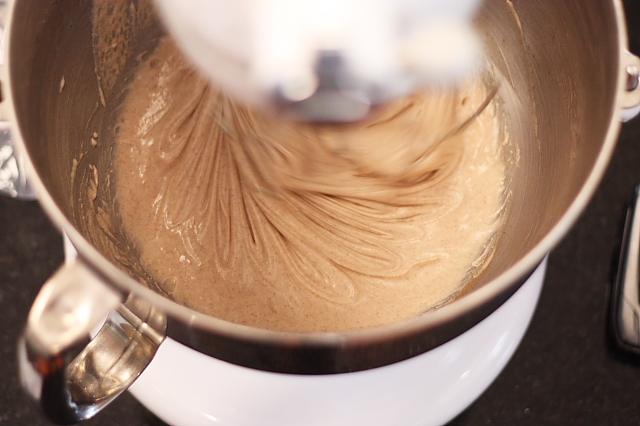 Then spoon it into your precious little 4 oz jars

{I found ’em at Wally World}. If you can’t find the small ones, your friends and neighbors would be more than happy to receive a larger jar of it! The measurements above yielded 6 small jars. 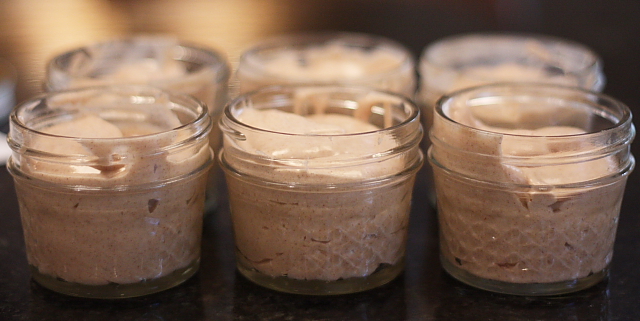 You can doll them up with a fabric scrap and tag! 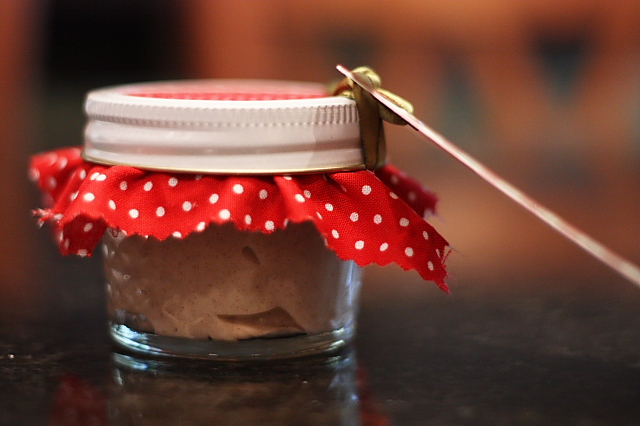 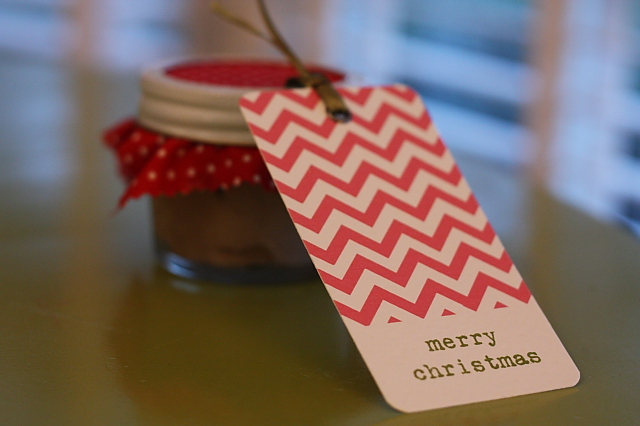 The fabulous tags are by pixelimpress {a sponsor with a great deal}! 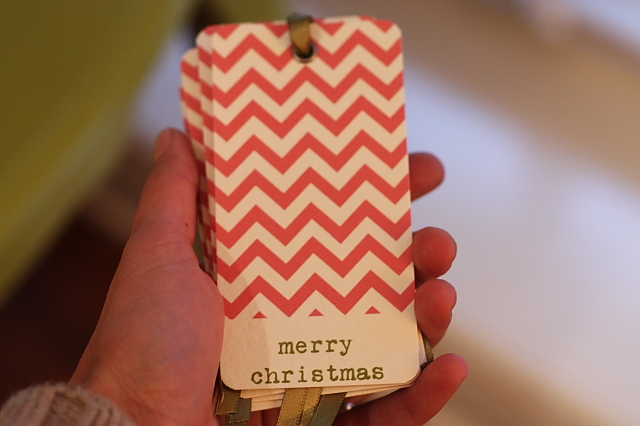 I put my jars in the frige but it spreads easier at room temp! You can eat it by the spoonful or serve it on English muffins, bagels, biscuits, rolls, or toast… or sweet potatoes… or oatmeal! Really it’s quite diverse. I can’t decide if it needs a warning along the lines of “may cause excessive consumption of carbohydrates”! Because in the last 36 hours I’ve eaten about 47 biscuits, 32 rolls, 6 slices of toast… and anything else I can spread it on!

And last but not least…

When you were a kid did you used to fake sprain your ankle or wrist so you could wrap it in an ace bandage? Or wear fake glasses? I must have “sprained” my wrist 10 times between the ages of 8 and 11. Well, I haven’t sprained anything but I have had a little drama trauma to my tricep and I have absolutely milked it for all it’s worth and it would really be a shame if I didn’t show it to you. Please pray for my husband… he’s really handling it much better than I thought he would. 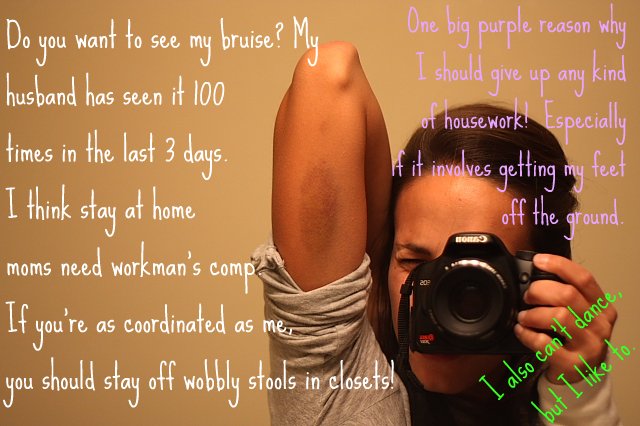 Merry Christmas! Please make some Cinnamon Honey Butter! Or come over and I’ll toast you up an English muffin and serve you some!

My Eyelids are Held Open with Toothpicks

A Few Letters & Sunday Is Coming