Permission Has Not Been Granted… yet!

You all have no idea…

I mean seriously… I’m telling you it has been a hilarious 48 hrs. I’ve been doing this far too long to have a glitch like this, I may need a few lessons on how to operate a blog!  Especially if I’m going to copy and paste private gmail chats under the “new posts” section!! 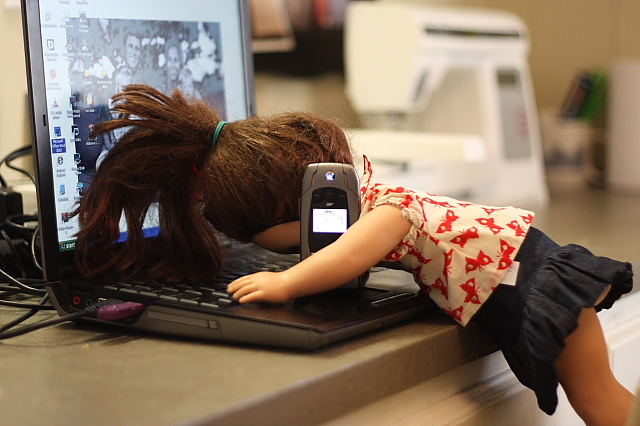 I will preface this email by saying my “Sorry!!” post made it sound like I had posted something very offensive and this is not necessarily true, unless you are very prudish {which I tend to lean towards}. The issue was more that it got posted {and wasn’t supposed to be} more than what it actually said, because I’m with y’all it was HILARIOUS!

Now I feel like 1/2 of you know what I’m talking about and the rest are still out of the loop. And unfortunately permission has yet to be granted by my sister to repost it, but I’m working on her. I will just briefly tell you it was a HILARIOUS {stinkin’ hilarious} post that involved a chat log between my sister and myself regarding a little situation she faced with her computer repairman and me with a “spelling error” email to my old boss at the DMV. We briefly discussed me posting it {which is why it was created as a post} and then we talked and both decided it wasn’t really appropriate {at all}… so, I deleted it. Or so I thought. Instead I posted it. And had no clue. And then my friend Jenn emails me and is like, “Oh my gosh that post was so hilarious… where did it go?” And I was like, “Oh BEEP BEEP BEEP, how did she see it?” Thankfully it had been roughly edited and “Craig” is not her computer guy’s name. So, the only two people humiliated by such a post… are me and her!

Then I knew I had to call her and tell her it posted because she was going to see it in her Reader. {side note: I’m on a new server {thanks, Chris} which is great in so many ways, one of which is that when I post it IMMEDIATELY feeds to reader— in this case, that was not good}. So before I called Erika to share with her that I’m a total moron, I asked Chris for a miracle to see if he could get it OUT of READER… no.such.luck. Once it feeds Reader it’s there. Rats. So, I got brave, sweated through my shirt, hung my head over my computer and called her.

She answered, “Green bean central!” (My first clue that she hadn’t seen it yet.)

Me, “Ummm, our chat log…. accidentally posted. Did you do it?”

Me, “No, I swear! Something happened, did you log on to my admin page?”

Me, “Erika, listen, I’m so not kidding, I totally posted it and have no idea how it happened”

Erika, “Delete it before it feeds!”

Me, “It fed already!” I’m sure between the two of us there were a few cuss words.

And then she said, “Darby. I. Am. A. Professional. {I am laughing my rear off right now remembering this convo.} This stuff cannot be posted on the internet!”

Me, “Erika, do you think I want what I said posted on the internet?!”

Me, “I know, I’m such a moron. But you have to admit it’s the funniest thing ever?!”

I know she’s a professionl and the best thing is, she’s the funniest professional I’ve ever met in my entire life and if any client of hers read that and didn’t think it was funny they may not deserve to be a client of hers.

She used to design houses from cardboard boxes. She’s come too far for me to go and mess things up for her. 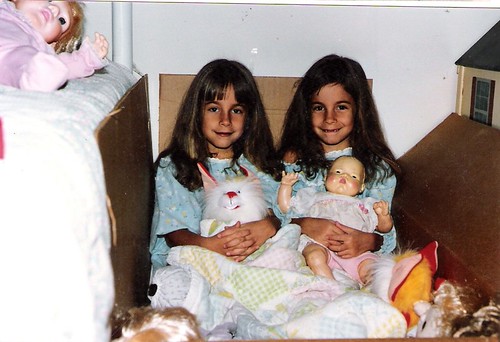 I can find several morals here:

And by the way, thank you to those of you who shared some hilarious computer mishaps with me in the last post… I laughed so hard at some of them. If you have one you want to share to make me feel better please feel free to do so in the comment section… you can even do so anonymously by saying your name is anonymous!

Oh and one more thing, I used to be a professional too! I’ve been blogging for many years now and somehow have evaded the fact that I once had a longstanding career at working at the Florida DMV {pre-children}. I have so many hilarious stories to share about it… but first, I will direct you here for proof. “I’ve never seen a record this long! Wow, here comes page 4!” And the slightly scary, slightly miraculous thing is that I remember all of this.

There may be more chat logs in our future. Be warned. And I will keep in mind that this blog could potentially be read by young innocent children.

What we’ve been up to…