I had no idea that they only stocked canned pumpkin in the grocery store in the fall. Apparently they don’t consider October 23rd “the fall” because the manager told me, “it hasn’t come in for the season yet”. So, I was forced to make my pumpkin butter the ole fashioned way.

**Update: Apparently the manager was unaware of the nationwide pumpkin shortage. If you can find it canned, grab it up. Thanks, to those of you who informed me!** 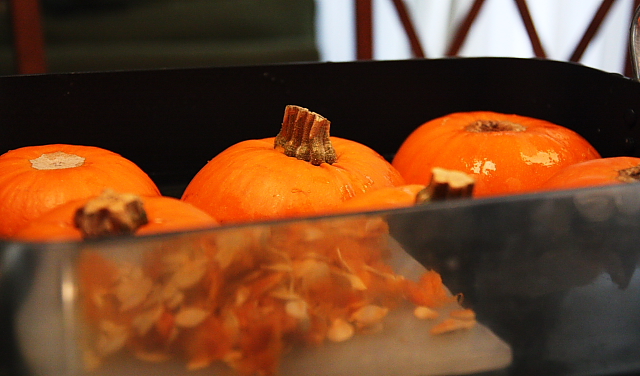 Pumpkins are in the same family as Butternut Squash so I baked them just like I bake Butternuts, face down with 1/2″ of water at 350 for about an hour or until fork tender.

I think I’ve mentioned before that I adore my oven because it’s 2 ovens for the size {30″} and price of one.  Which means, while my pumpkins baked below my seeds could roast above. 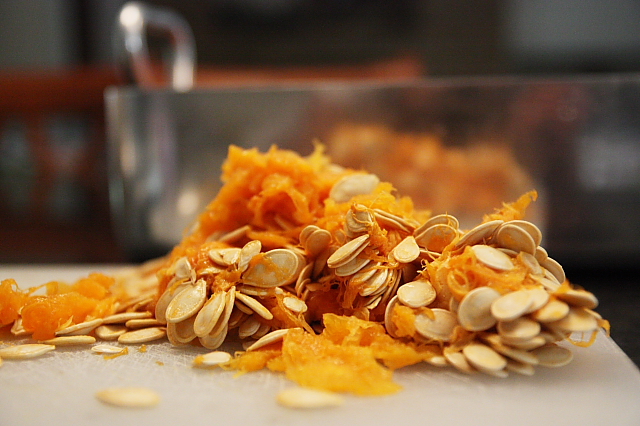 I picked them out and ran them under cool water in a collander. Then spread them over a baking sheet coated with 1 tablespoon of canola oil. And then seasoned them with freshly ground sea salt. 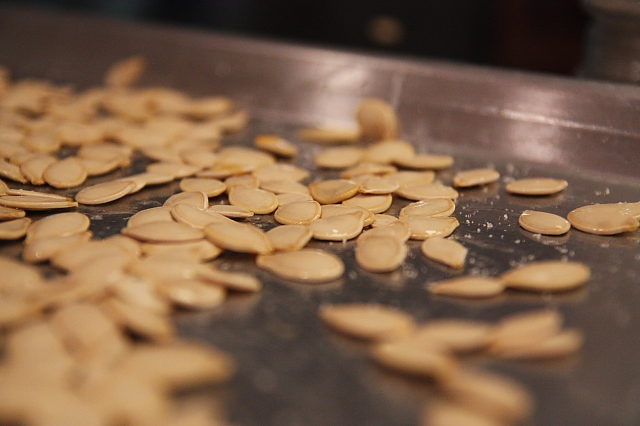 They roasted at 325 for 20 minutes, stirring after the first 10 minutes. 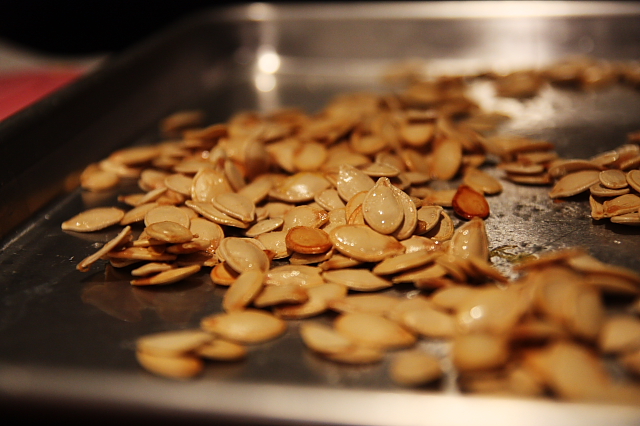 When they were done I patted the excess oil off on a paper towel and tried to keep my little fingers out of them. They are excellent by themselves or this is just a little serving suggestion {equal parts seeds, milk chocolate chips and dried cranberries}: 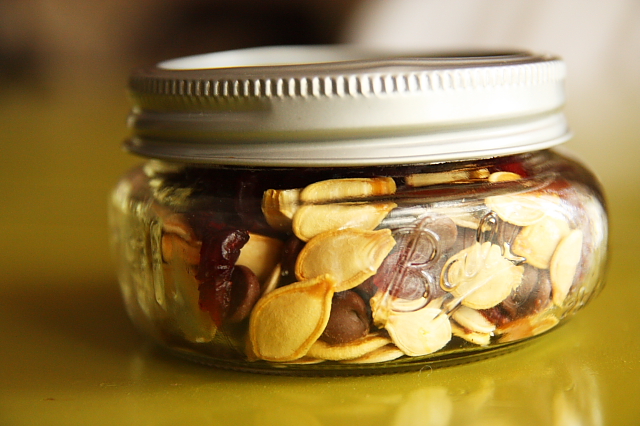 When the pumpkins were done, I spooned out all the tender flesh and blended it in the blender. 3 baking pumpkins yielded a whopping 68 ounces of pumpkin puree. 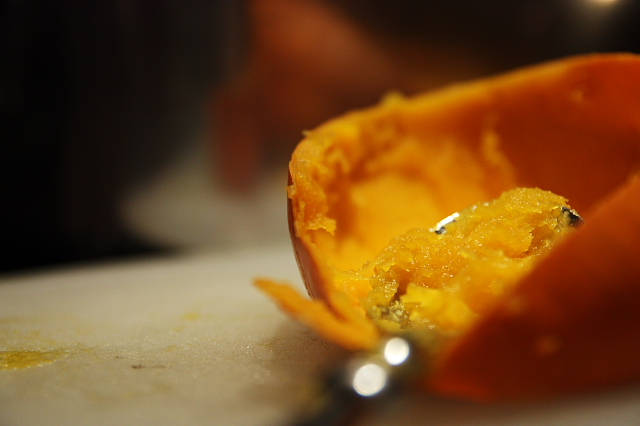 In the heaviest and largest pot I own {my pressure cooker without the pressure cooker parts} I added the pureed pumpkin, apple juice, sugar and all the yummy spices. I used this recipe and ended up using pumpkin pie spice + ground cloves.

Early in the simmering/reducing process… 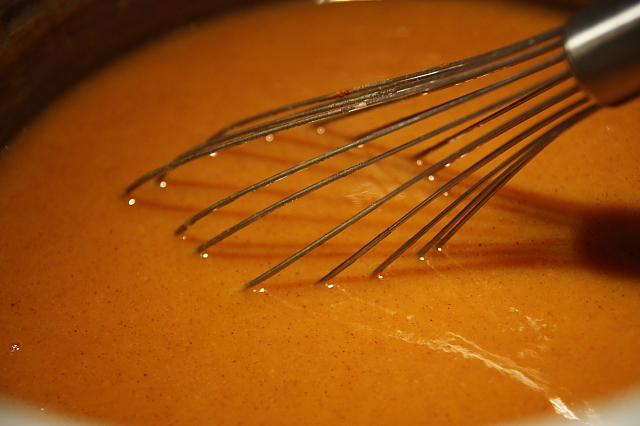 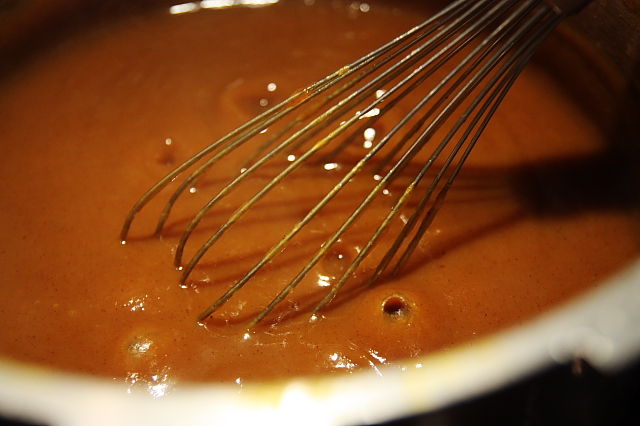 If you try this I suggest you stir the Pumpkin Butter constantly while simmering, otherwise it will splatter all over. The hardest part of the entire process was stirring for 30 minutes. I thought the time would never be up.

By the way, your entire house will smell DELIGHTFUL!!

Once the Pumpkin Butter has reduced and thickened you can can it… but you can’t really can it because the USDA doesn’t recommend “canning” pumpkin puree and since I don’t want to make any one sick, I decided to freeze it in these. 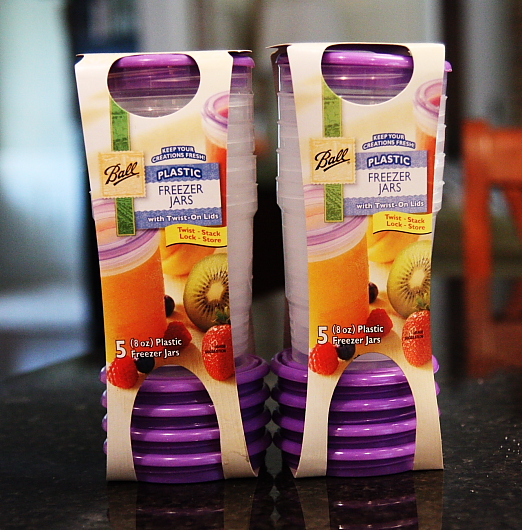 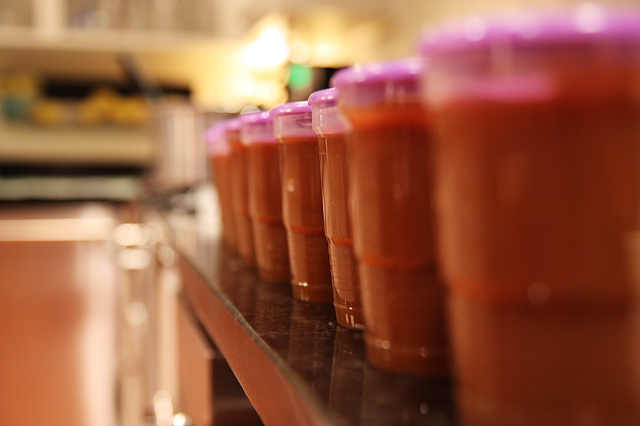 Of course, I couldn’t freeze it all… I stuck some in the frige for now! I had it this morning on a hot, buttered Bays and seriously thought “I could eat it every day and every meal.”

You should try it this weekend! It is so good and would be much faster if you can find canned pumpkin in your grocery store… but good luck, it’s only seasonal!

And… while I was doing this nothing was happening at my house, literally nothing. 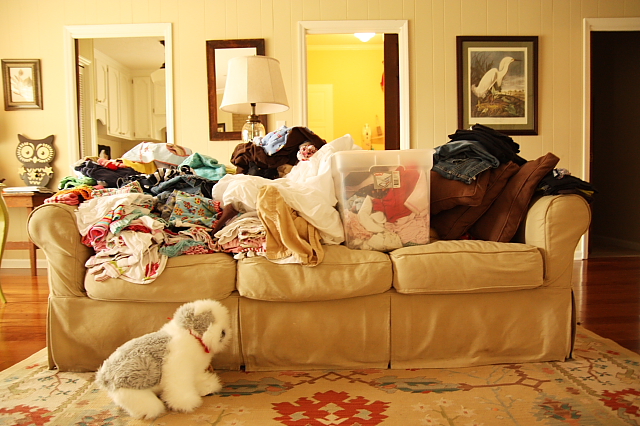 Unless you count this as something… 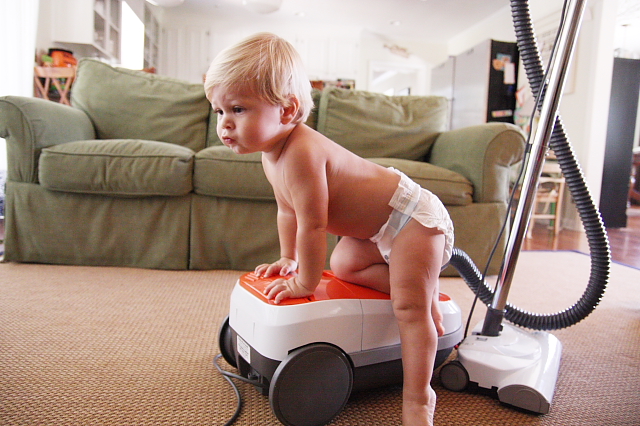 I only can count it as “cute”!

And why children should never be allowed to make “earrings” out of Silly Putty. 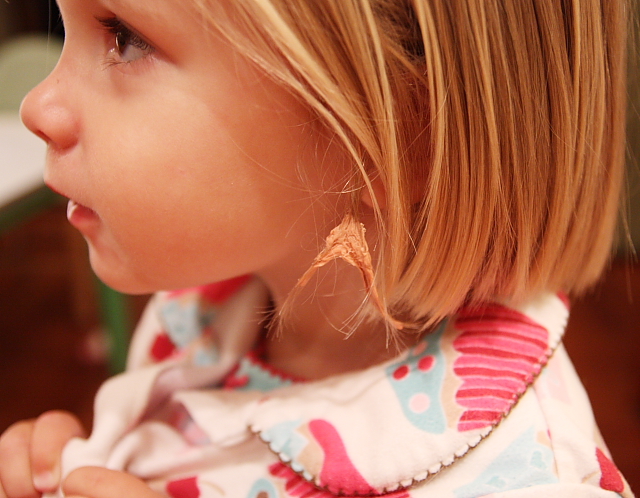 Happy weekend friends! And thanks for your overwhelming interest in McBeach!! Miki should be getting back to all of you shortly!!

Some Stuff & a Picnic Blanket {tutorial}

He is Risen & Spring is Alive