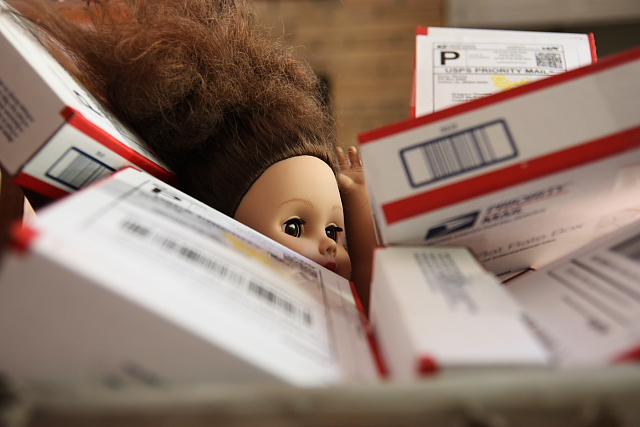 It’s Monday night and I’m allowing myself 30 minutes to write this blog post. If there is an abrupt ending it will likely mean I cut myself off. First, how have you all held out on the trains for so long? And why on earth do I not have a train t-shirt… you better believe there will be one soon! You all are a wealth of knowledge when it comes to trains and I appreciate each and every comment… I’ve already been scouring Ebay for trains and I will keep you posted on what I decide on … but you mustn’t tell the Rover!

The picture above is a great representation of how I spent a large portion of the weekend. And the picture below is a good representation of how I felt post-operation “pack ’em up & ship ’em out”.  When I was done I ate what was left of the bag of Smarties and wondered when I got so old, after several hours of standing on my feet packing boxes I thought for sure I had just finished a 10K; even with my geriatric “anti-fatigue” mat that I stood on in my very supportive sneakers. I thankfully had the help of a very sweet and hard working young lady, Rachel. Every once in a while I’d ask her if she was hurting, how her knees, back, neck were feeling… she’d look over at me and smile and say, “fine”.  There I stood on my geri-mat with my running shoes on thinking I might die and she was barefoot feeling great! Next time I may let her pack them all and I’ll just lay on the couch and eat Smarties. 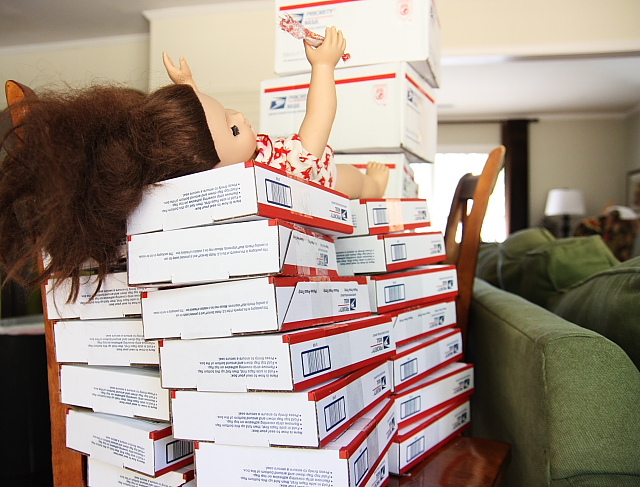 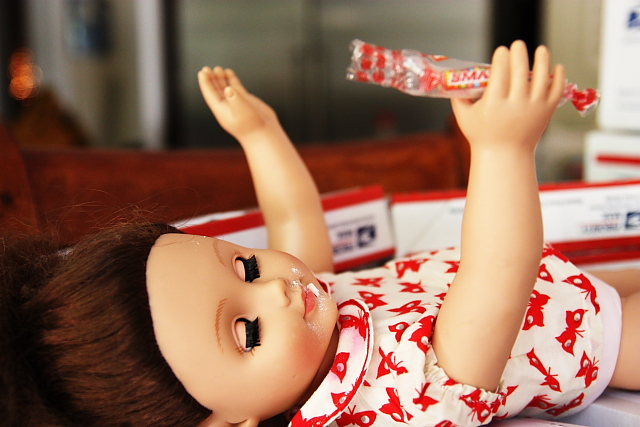 Do any of you all wonder if I feel totally ridiculous when I stage and photograph this doll? The answer is yes, I also laugh uncontrollably, make sure all curtains are closed and doors are locked so no one will walk in and find me in my state of insanity. If a neighbor came by for a cup of sugar and happened to peek in the front door and saw me standing on a chair, camera to my face, in front of a doll laid out with crushed Smarties on her face they would likely call the authorities… and I certainly wouldn’t blame them.

I took all of the packed boxes to the post office this morning… I had to roll their giant utility cart to my car to unload the boxes… thank you for packing out that utility cart. Next time I’ll photograph it… and if I’m over myself enough I might throw Darby Doll in it… there’s no doubt the postal workers would think I’d lost my mind.

Our weekend involved other things too, like cinnamon rolls Saturday morning… and SEC football Saturday afternoon. War Eagle, it’s great to be an Auburn Tiger {as long as you don’t print it on a t-shirt}! 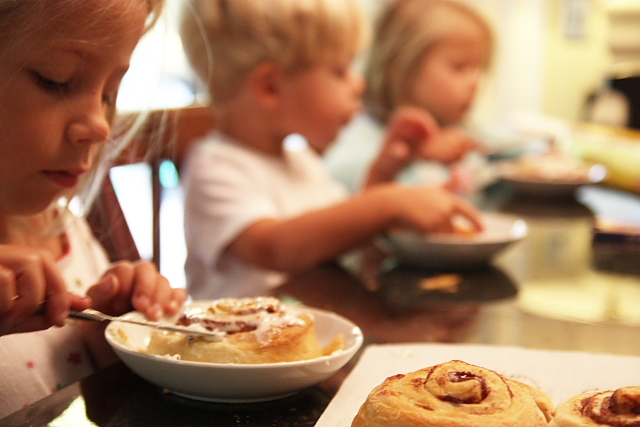 Since I have a new smartphone my sister and I communicate much more frequently… much. Anyway, last week I sent her a Zappo’s gift card in the mail on Monday {because she does way more for me than any sister should have to}… and by Thursday it still wasn’t there. I was sure some one knew it was in the envelope and stole it. Mail usually gets from me to her in one business day. I couldn’t figure out what the hold up was. Then she sent me this picture on Friday. 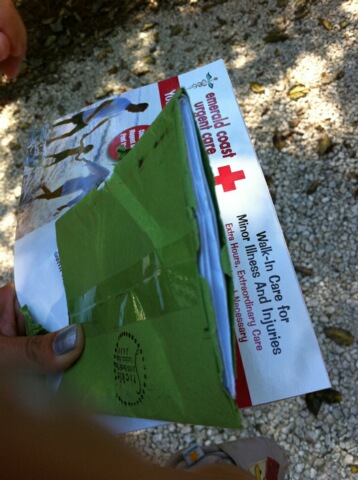 Attached to the picture text were the words, “It’s here, but it’s opened”. I knew it, I knew someone was out there with some special gift card sonar scanning device, identifying and stealing gift cards from the mail. So I frantically texted back on my cell phone…

“Why the help wad it opened?”

That was exactly what my text said to her…  I laughed really hard and wondered if she would be able to translate. I am learning that smartphones sometimes have a mind of their own and try to translate what they think you might be saying. This is not the first time I’ve sent some totally random, nonsensical text to someone.

The text to her was supposed to say, “Why the hell was it opened?” I know, such strong language. Sometimes I use it. I’d rather confess to using it instead of pretending that I don’t. I called her, she was able to translate on her own… and she told me she sent an email {smartphones do this in emails too} to a client last week and told them she “really liked and thought they should stick with warm greasy”… the translation is “warm grays”. Oh hilarious… would you all please let me know that I am not the only one who can’t control my phone? From here on out I will refer to Erika as “help wad”.

By the way, the gift card was still in the opened envelope, the sonar scanning scam-er didn’t get it! 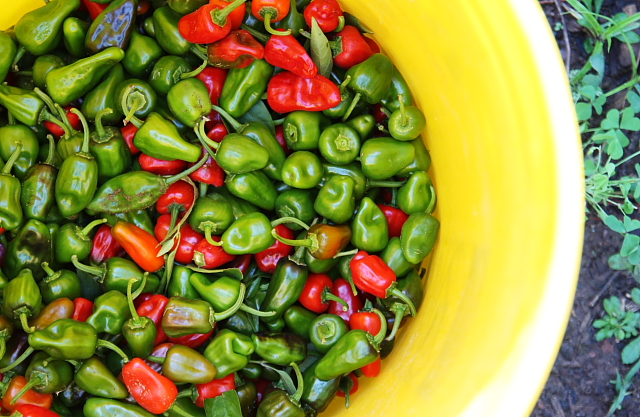 Sunday we made a little trip down to the farm. Some of Justin’s employees have peppers in the garden still and they are absolutely beautiful. They said they’re like a habanero so I didn’t get too close, nor did I ask for a taste but I did steal a few pictures.

Time has run out…

I took Rover to Office Max with me this morning… 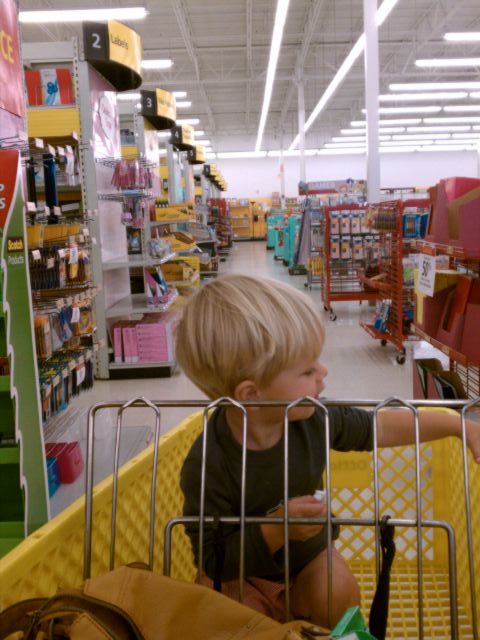 He really liked it… and opened everything I wanted to buy before I bought it. 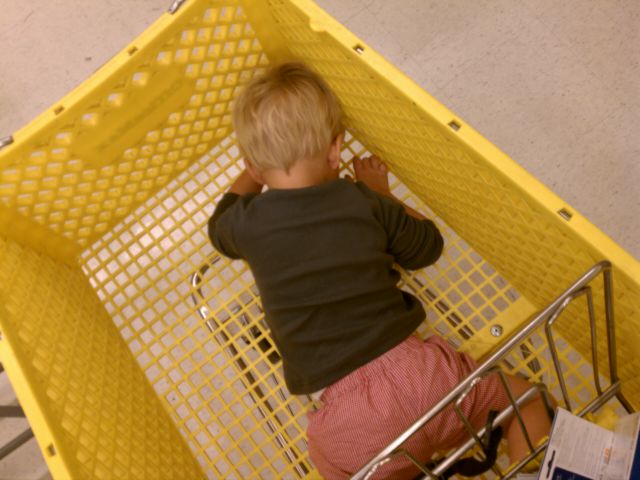 This evening the kids fed the “hawks” and waited for them to come for bird seed. I didn’t let them wait too long… 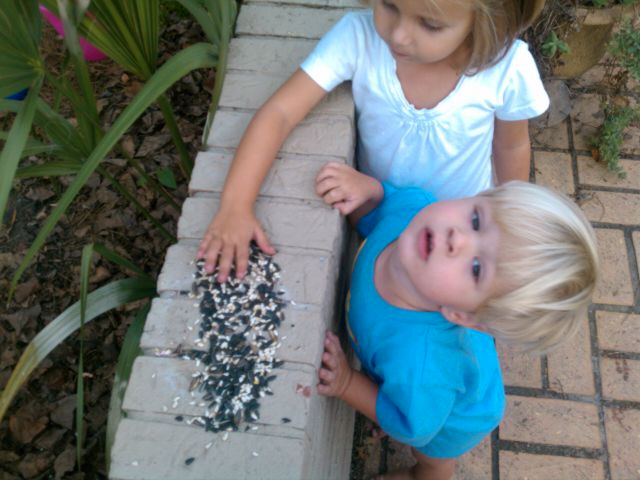 I played UNO with the girls and realized that I am not as patient as I thought I was. If you need to practice patience, might I suggest a round of UNO with a 4 & 5-year-old {who obviously forgot to shuffle}. 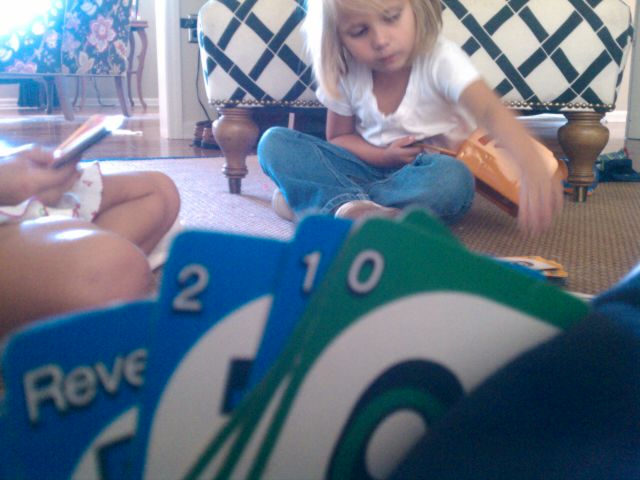 Boys are SO different than girls, tonight JM had to get in one last ride before bed. 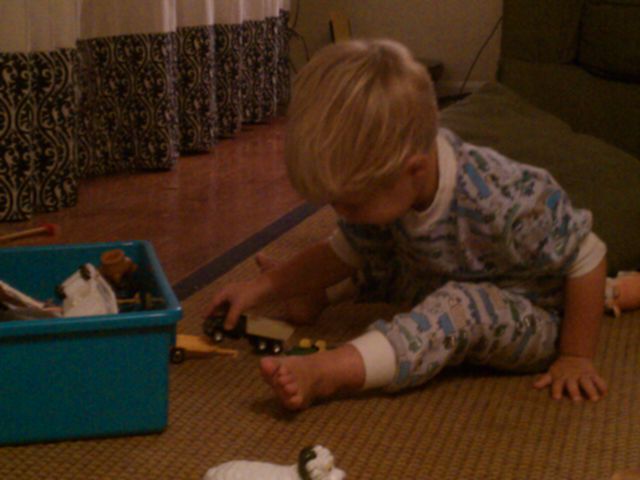 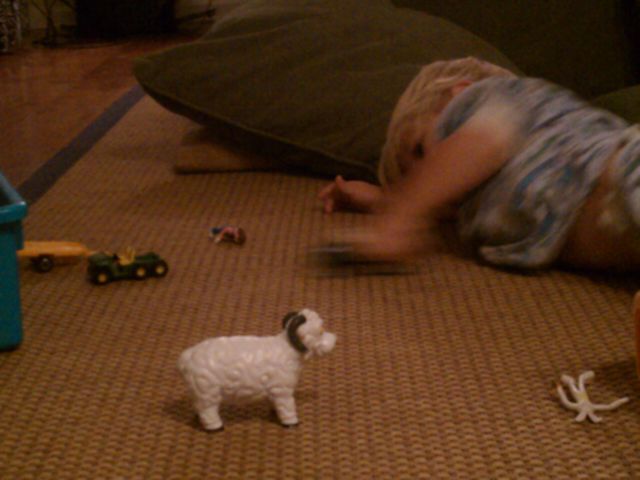 We Were Late to T-Ball

Can You Believe Me