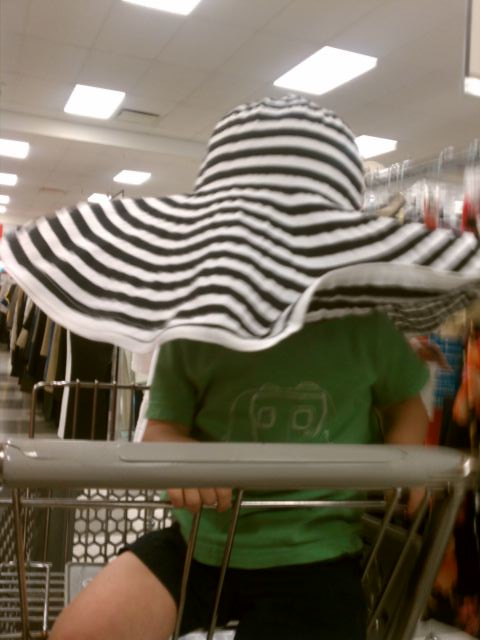 This is what would constitute as a “camera phone dump” or is it a “phone camera dump”… I think I’ve always called it a camera phone… but really isn’t it a phone camera? Ahhh, I need help.

I’m not sure how many of you have 2 & 1/2-year-old boys but let me tell you, there are no other earthly creatures like them. If you have one, you know this, if you don’t, you’re just going to have to trust me. We are working on potty training. He’s actually doing great, it’s probably me that needs help. Anyway, usually he doesn’t protest going potty but there are occasions where I casually mention, “Let’s go potty, Rover!” And by his response you would’ve thought I said, “Let’s go in here and rip your toenails off real quick!” Head goes back, mouth drops open, loud screams of “Nnnnnnnnnnnnnooooooooooooo, I no go potty! I no go potty!” And then, sometimes I say, “Let’s go potty, Rover!” and he smiles and says, “Ok, Mommy, I want M&M!” It keeps things interesting to say the least. While we’re on the subject of the little man, today at lunch he wanted Golden Grahams. Now, I can’t blame him, they’re probably my favorite cereal of all time, but I tried to rationalize with him for about 2 minutes. In case you didn’t know, it’s really super hard to rationalize with a 2-year-old. I said, “You had those for breakfast, Mommy’s going to make mac ‘n cheese. Let’s not have Golden Grahams for lunch!” Again, you would have thought that I said, “Rover, put the Golden Grahams down and let’s go in the bathroom and take your toenails off!” So, I did what I probably shouldn’t have done, but around here I’m choosing my battles, I got a teeny tiny bowl from the cabinet, put about 17 Golden Graham squares in the bowl and put a little milk on ’em and handed it to him. He was elated and I began to make the mac ‘n cheese in peace. While he was working on his appetizer of Golden Grahams, I looked over at him and I said, “I’m going to start calling you Graham!” {you know, as in Golden} First, let me tell you, he is a man of few words, we’re making progress but the girls were far advanced than him verbally. Anyway, he looks up from his cereal bowl at me and with a straight face and says, “I’m going to call you Poopy Head!” And this is where I needed some expert on hand to tell me it’s not appropriate to laugh at your two-year-old when they tell you they are going to call you a Poopy Head but I lost it. I laughed… and finally gained enough composure to explain that Graham wasn’t a bad name and that he shouldn’t call his mommy a “Poopy Head”. 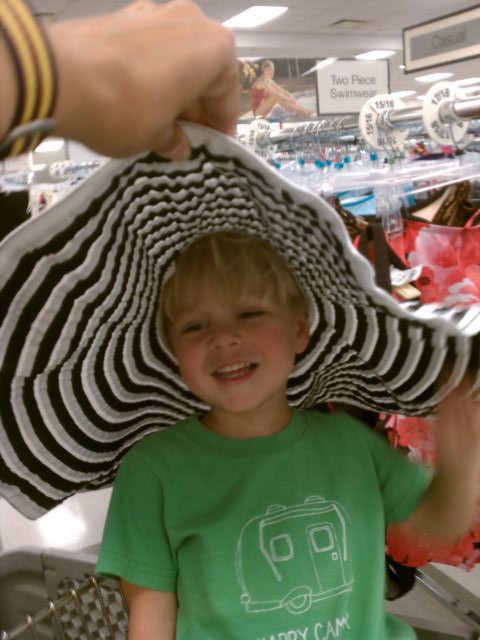 Maybe that was just my pay back for taking too long in TJ Maxx recently. Did you know most men don’t like TJ Maxx? I’m just doing my part to break him in early. One day, his wife will thank me. Mom, Erika and I can sniff out a TJ Maxx miles away. We used to go on vacation and dad would drive us around to different TJ Maxxes and sit in the car and wait for us, only darkening the door to tell us that he was leaving with or without us! 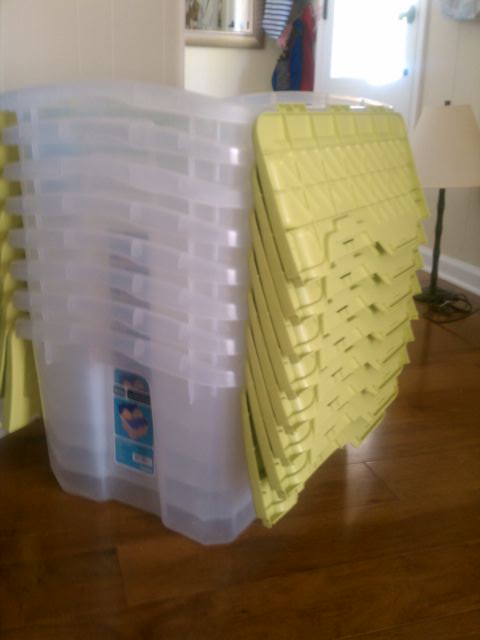 This is random. I’ve been doing a little de-hoarding around here. I could potentially be a candidate for the show. Anyway, over the last few years, I’ve learned that in my accumulation of stuff I have often misplaced the lids to my giant tupperware bins that I store all my crap in. So, I’ve resorted to only buying these… because the lids are COMPLETELY attached. Did you know that a giant tupperware without a lid is nearly useless? And a lid without a giant tupperware tub to go on is equally as useless? Trust me. 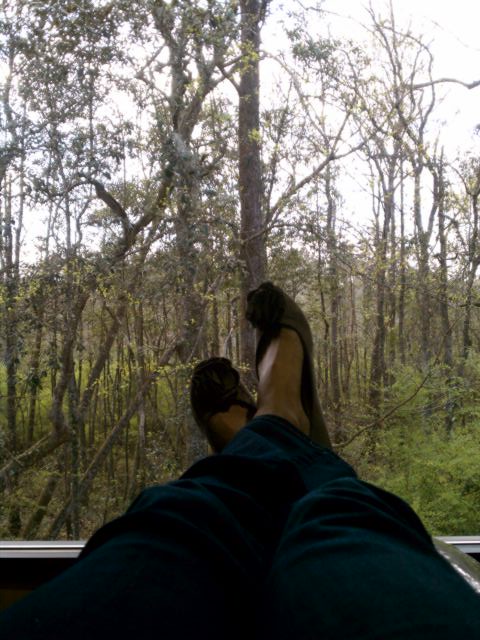 Remember when I went to the dentist? I do. This is a picture of me in the chair… not a bad view. Then they reclined my chair and I closed my eyes until the torture was over. Nobody keeps their eyes opened do they? Surely not.

This was also on my phone… 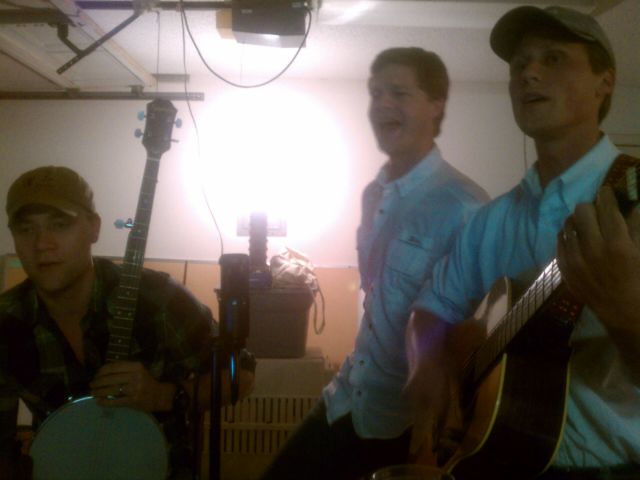 The boys were gettin’ down.

And this is on my phone too… 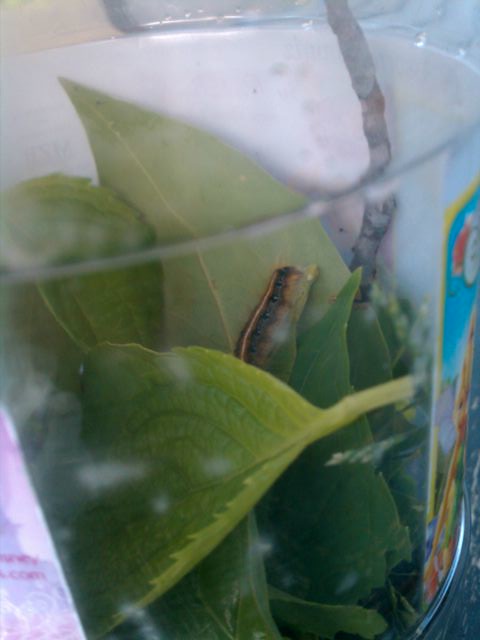 I texted it to my friend Linsdey, who is quickly becoming an expert on caterpillars/butterflies. We were hoping he’d turn into a butterfly… until, I got on the internet and read he’s a moth caterpillar and likely the little creep that devastated my zinnia seedlings. I texted Lindsey back and told her it was going to take some self-control to not break into the girls plastic tub and kill him.  I’m half-happy to report he’s still alive.

And this was on there too… 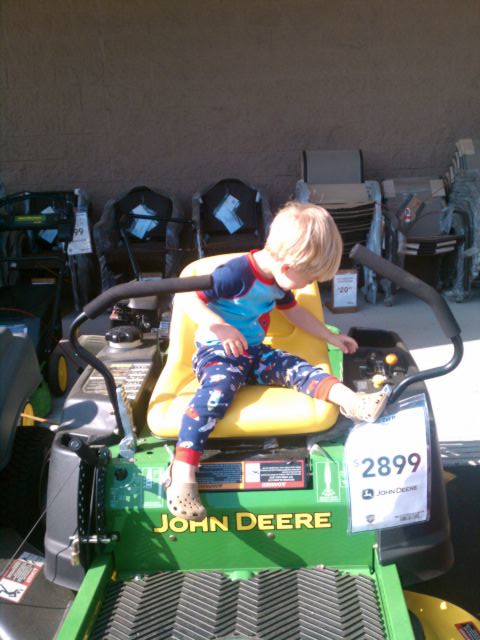 Sometimes when I take the Rover with me to Lowe’s or Home Depot {in his pj’s} I promise some “sit” time before we leave and some how he convinces me that he must sit on each and every make and model and by the time we leave I’m glad he’s in his pj’s because it’s probably time for bed.

And this is from today… 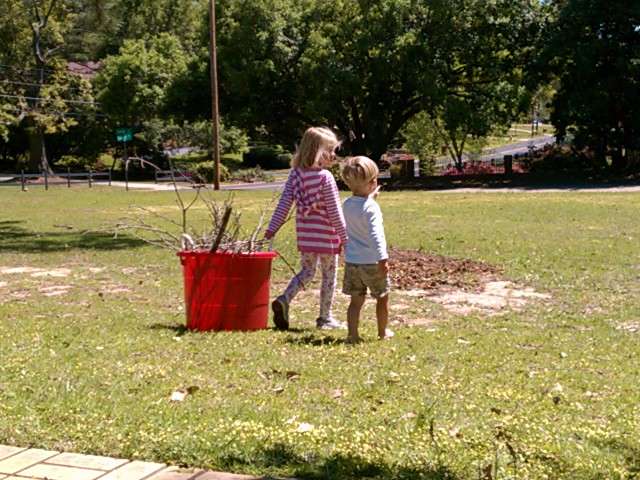 The horrible weather last night not only kept me awake but dropped a load of branches in our yard.  I was thankful to have their help in the cleanup endeavors. Speaking of the weather last night, I’m sure a lot of y’all had it rough too, every time the lightening would pop close to our house my electric toothbrush that was plugged in in our bathroom would turn on. At first, I could not figure out what was going on. I kept hearing something in our bathroom but it would turn on and off, on and off, and finally I went in there and realized that apparently it’s super sensitive to surges or something and ripped that sucker out of the wall. All while Rover was in bed saying, “I no like dunder!” I said, ” Me neither baby, me neither!”

And this was on there too… 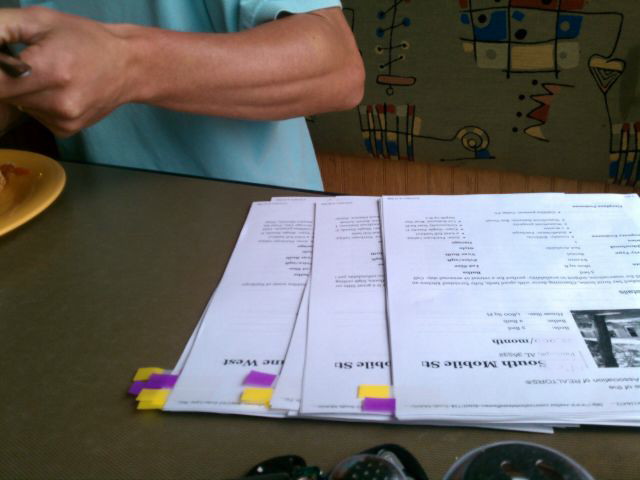 It’s a very telling photograph… my husband has fabulous arms of steel. My husband tries really hard to be ambidextrous. We were knee deep in rental house information, salad and pizza.

And this is not from my phone… 🙂

This is also not Fairhope, AL. But this is an areal view of where we will be living this summer. My first inclination was to say, “You really picked a house without me first seeing it? Does it smell like an old person? I thought we were shooting for Fairhope?” This is not Fairhope people. I had some things figured out in my mind and this location was not necessarily one of them. Not because it’s not a super fabulous location, I mean look at it, it’s just not what we had talked about or what we were leaning towards. But thankfully I have shifted my thinking and I’m excited about what will be in store for our family this summer. We are heading down that way for spring break this weekend and I’m anxious to see our “new” place. Our new place that happens to be considerably closer to Justin’s office than Fairhope, which means more face time with daddy which is the whole point! Thank you all for your comments, suggestions and emails about Fairhope… there’s no doubt we’ll make our way there a lot this summer!

And I think I am almost done… 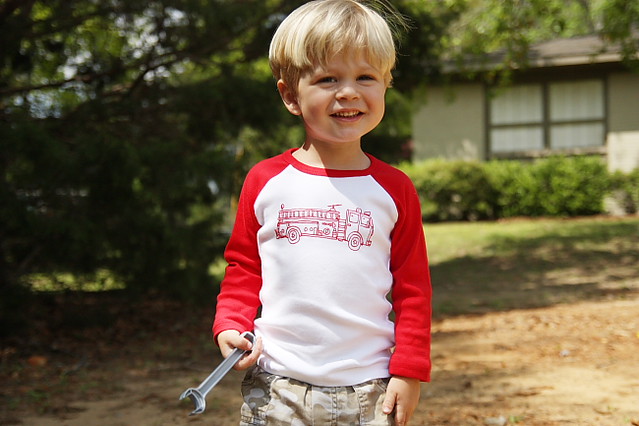 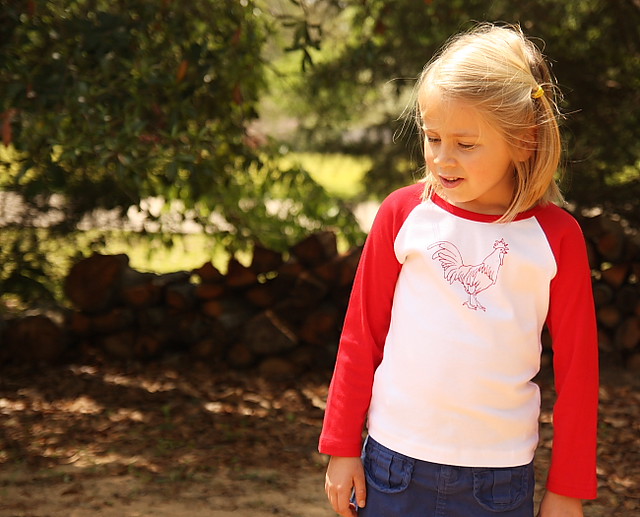 And… before I go, I’ve got a little something for you to think about.

Did you know there are 6,000 children in foster care in the state of Alabama? 6,000 is a lot of children. A lot! I just want to put that little bug in your ear… let it sit there for a minute and it will bother you enough to want to do something about it! I’ll be back with details soon!!!

My Baby is Bipedal

The Sacrament of Living