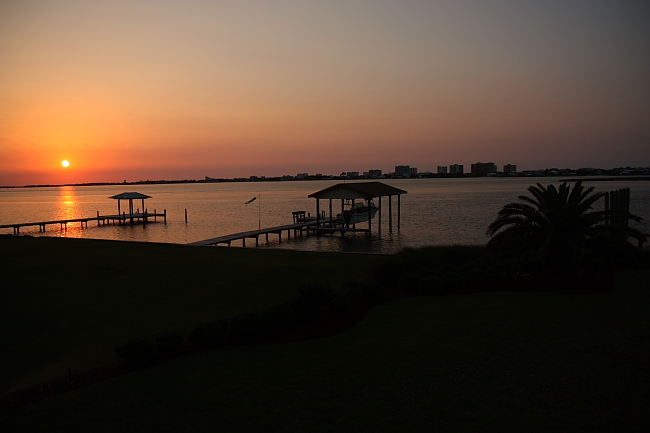 This is what I saw this morning as I stepped outside with coffee in hand. It makes me want to sing of my Redeemer. We are pulling out this morning heading north and to say that I am anxious to return here is an understatement. We have had the most wonderful time, first at the beach, second at the bay. 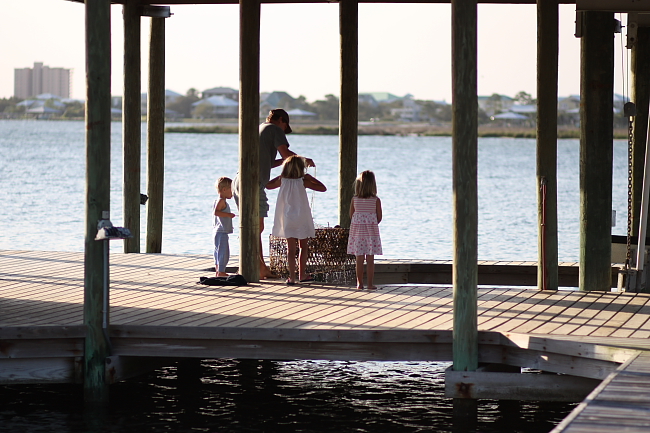 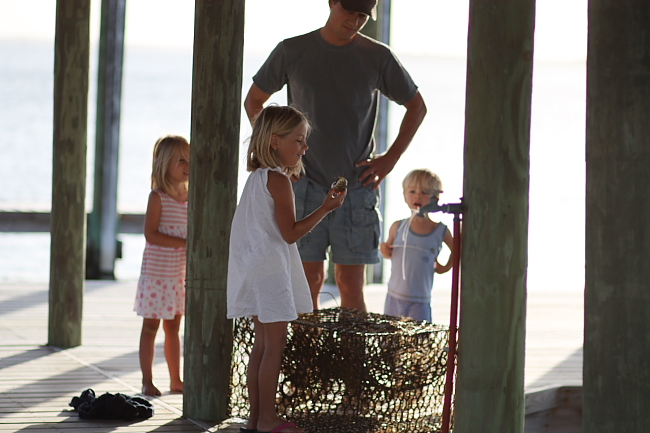 But last night before dinner we reloaded the trap with stinky left over shrimp and after dinner we found our first catch… a crabby little blue crab and a fish that we helped find his way back into the water! 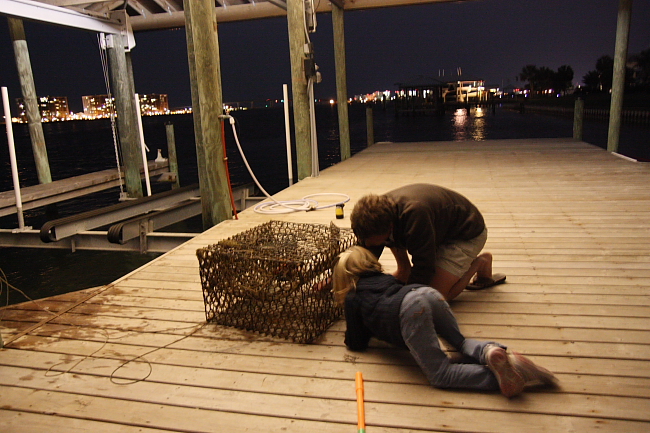 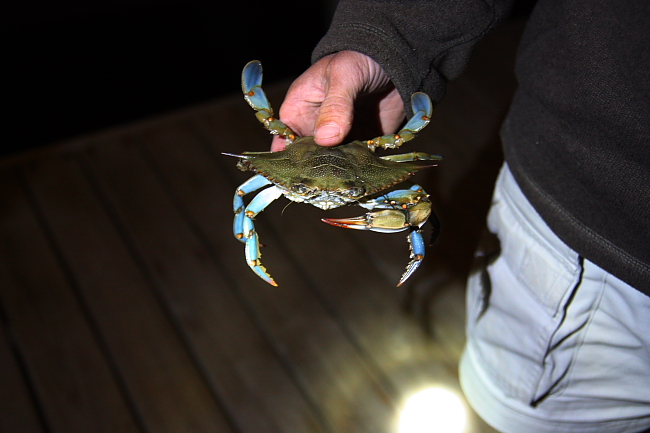 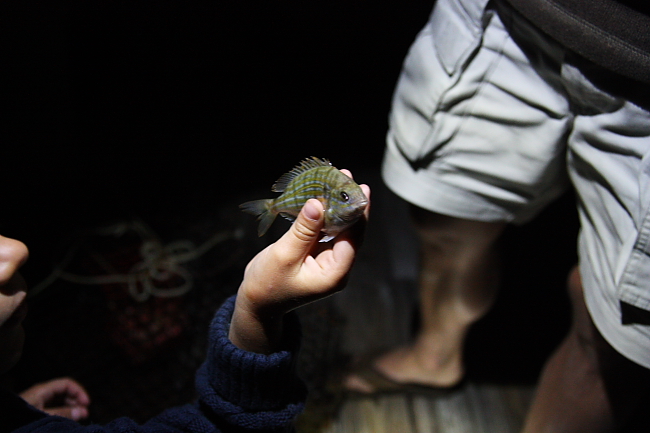 I’m going to have to find myself a trusty, handy, and easily transported tripod because shooting in the pitch dark isn’t easy without one. The pictures above were taken with a flashlight in one hand and camera in the other. I used our deck railing to shoot the full moon last night. {If anyone has tripod suggestions, I’m all ears… a little, portable one, I’ve got a big one.} 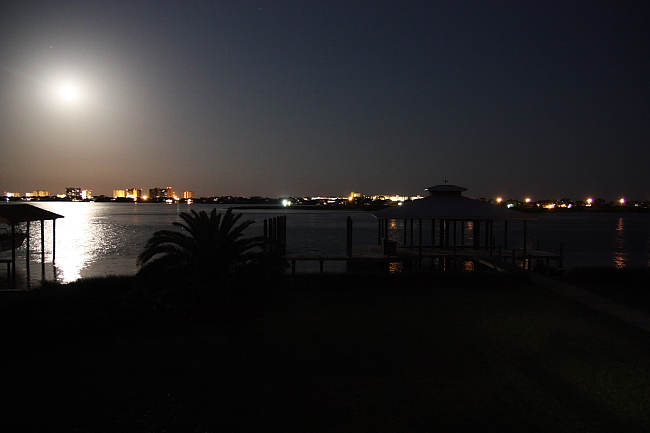 In the last couple of days we’ve realized that we are living in the middle of a bird watching oasis, considering we are “bird nerds” this makes us really excited. The kids share our enthusiasm and the little Rover, instead of asking for books at night, has been read the “The Naturalists Pocket Guide to Gulf Coast Birds”, a full-color, laminated pamphlet. Fine with me! And he is slowly learning that every bird is not an eagle. 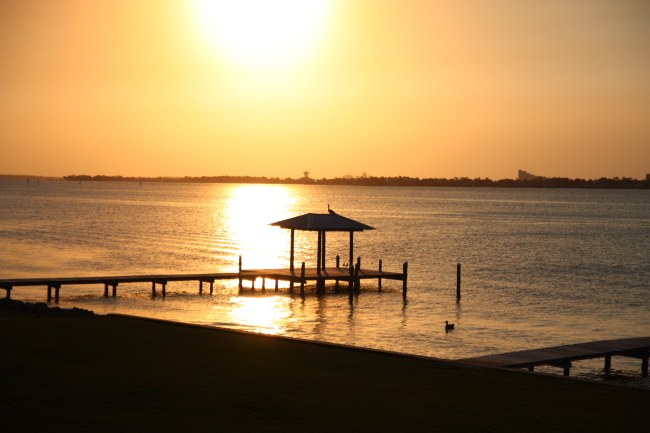 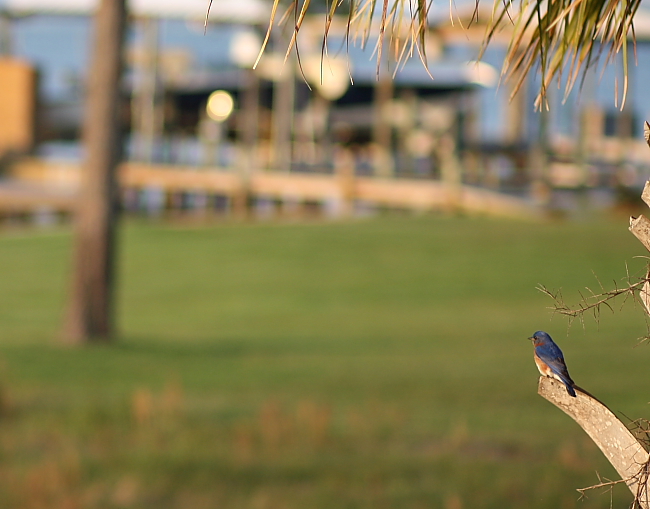 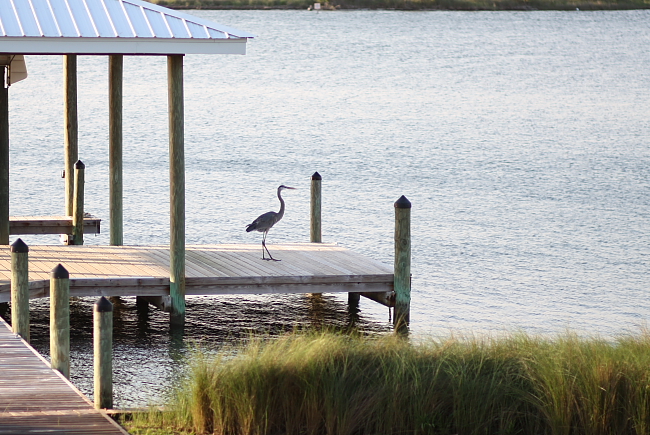 After seeing a Great Blue Heron in our neighbors bird bath, I am considering returning with a bird bath of our own this summer. He,  at about 4 feet tall in all his grandeur, was perched on the bird bath having lots of refreshing drinks. It was an amusing sight!

I’m sure this is not very sanitary but considering the top drawer of my chest of drawers growing up was strictly filled with bird nests and feathers, I figure he’ll be alright. 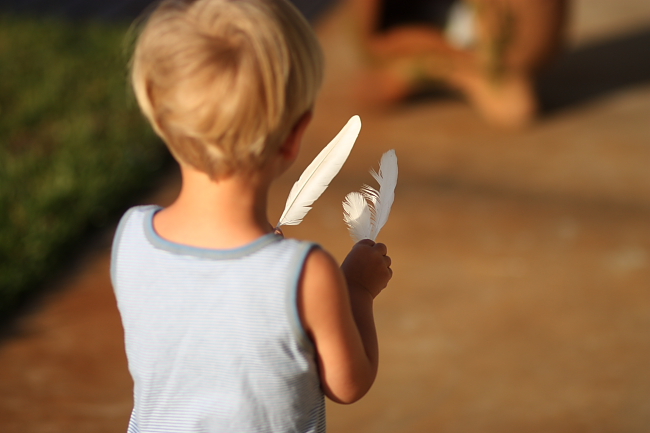 Justin ran home Saturday to fetch our boat. And running home, by car, takes about 4 hours, but he had his mind set on it and it proved to be a worthwhile trip, although I might have slightly protested the idea. Our boat is not like any of the other boats I’ve seen here in Perdido Bay. We may change our names to Huck Finn & Tom Sawyer for the summer as we scoot around in our 1964 16 foot black aluminum Starcraft. But guess what folks, the yachts have nothing on our Starcraft! It gets us from point A to point B in the shallowest of waters and I only had to pull a few splinters out when our boating expedition was over! Justin assures me before summer he’ll have her rigged up with seats. We had a few folks point and laugh as we catted around the little islands, apparently thinking we were both deaf and blind.

As you can see the entrance to the water by the dock has a bulkhead, but we are thankful for shallow and clear water for the kids to play and swim in. 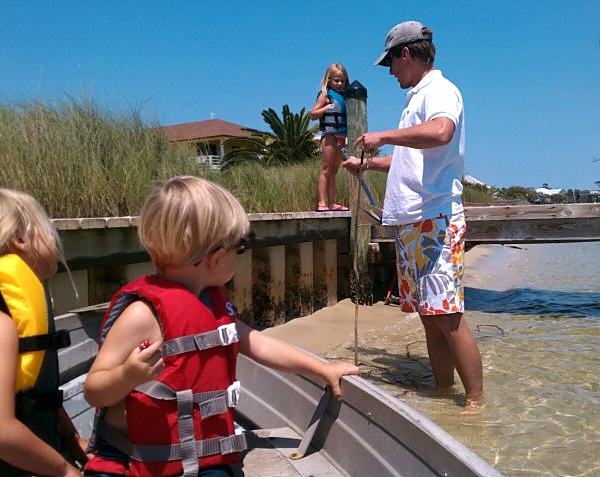 Our first stop was the little island directly across from our dock where a kind soul has left an Adirondack chair for me to sit in. 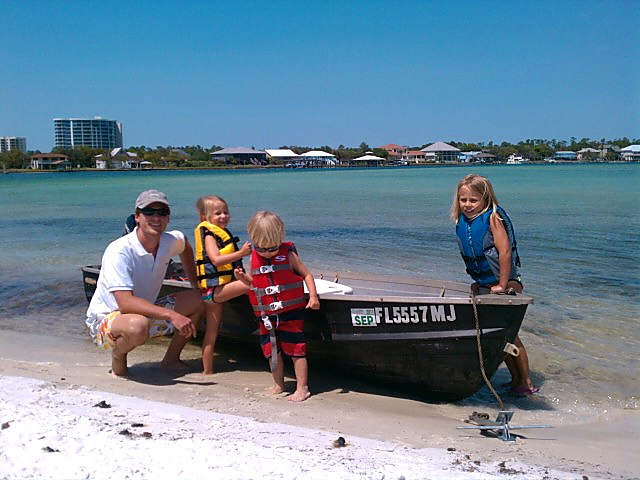 Just to give you an idea of what the Starcraft is up against in these waters see exihibit A below. Some of these boaters aren’t the courteous type, taking no thought of the giant wake they leave trailing behind that might rock people like us in a Starcraft to the point of nausea, or worse, throw us overboard. 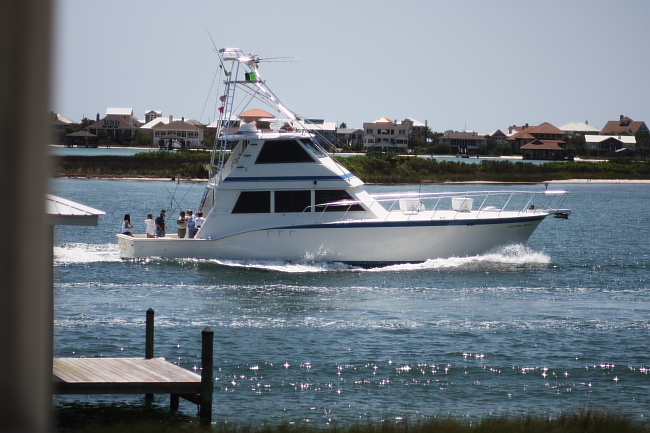 I’ve never been one to use my middle finger but I may have to pull it out this summer.

After our first stop we decided to navigate around the other little islands, one of which is apparently the hot spot for parking and hanging out. Our captain assured me their pointing was due to envy… either of our boat or my outfit, it’s hard to say. 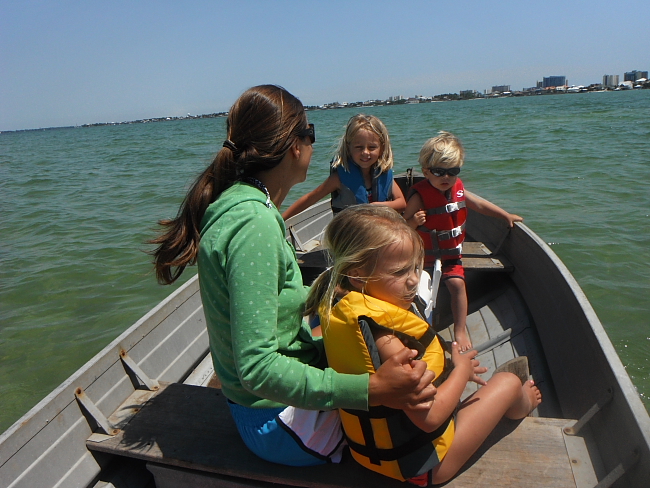 Rover managed to hold tight to Spiderman the entire time we were in the boat. 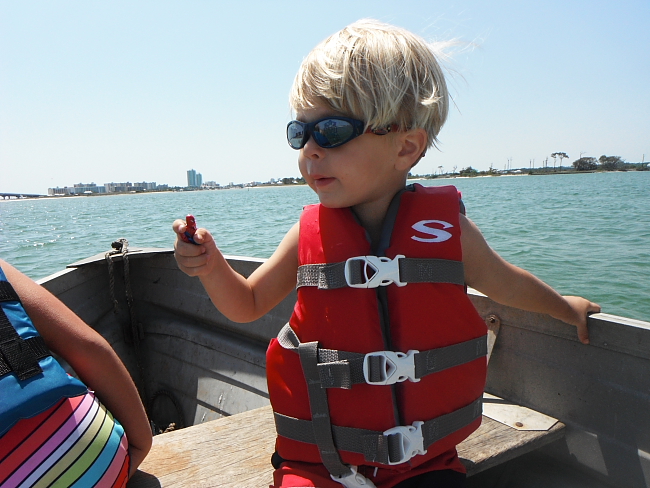 And our captain managed to put us right on top of a pod of happy & playful dolphins. 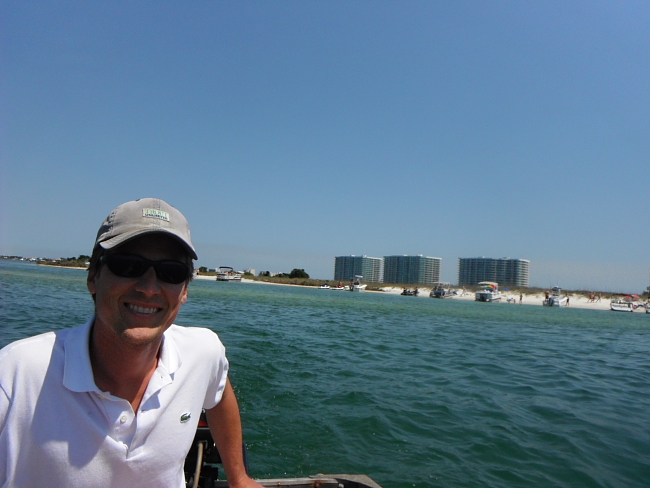 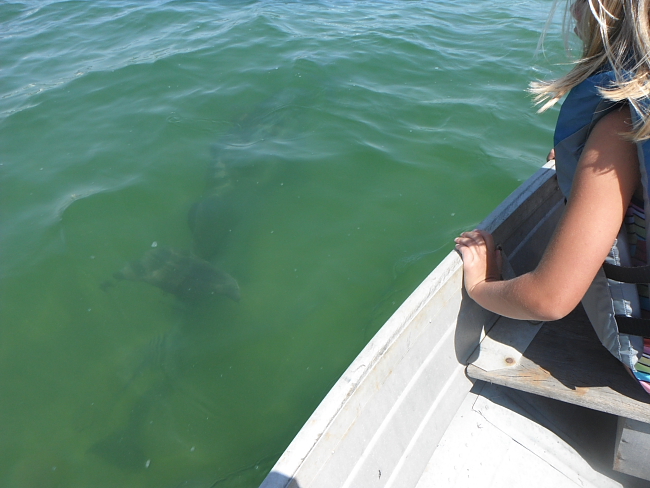 And I may have shot some video footage from my phone where you can hear me get really excited about dolphins and ask Justin if they’ve ever been known to come up and knock small watercraft over. I’m connected to the internet via my phone’s hot spot capabilities right now, which is fine for photographs but videos aren’t really an option! So, I’ll share once I get home with a faster connection.

And as soon as I can recover from my mom leaving, I’ll report back on part 1 of our trip… the BEACH! 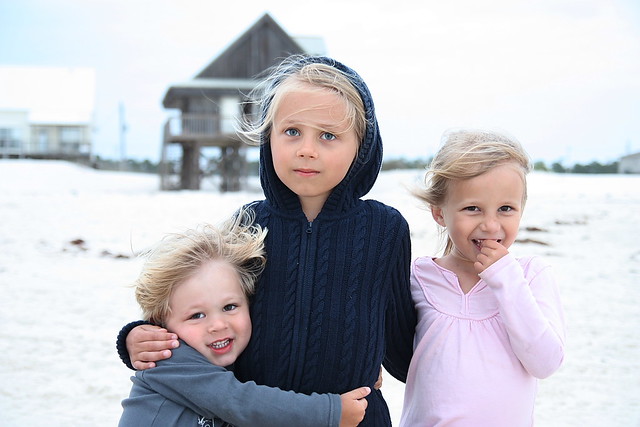 It’s been really fun having her with us, she is a saint and we love her!! 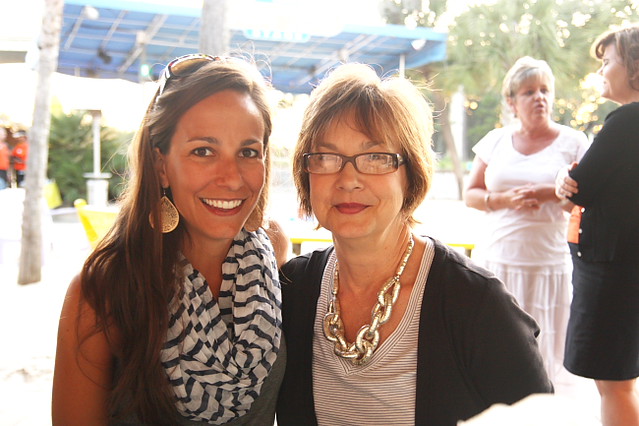 Life, Something for the Little Ones & a Sale