My husband.
That is what this post will primarily be about.

For the most part he is very tolerant of me and my camera. Even when I pull it out at 6 am when we’re having a quiet morning on the couch with our coffee. 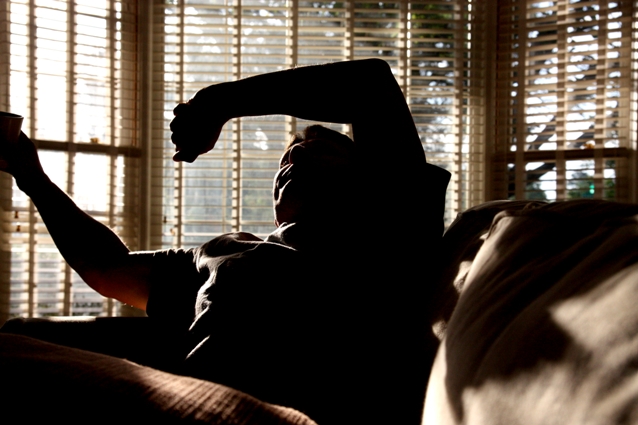 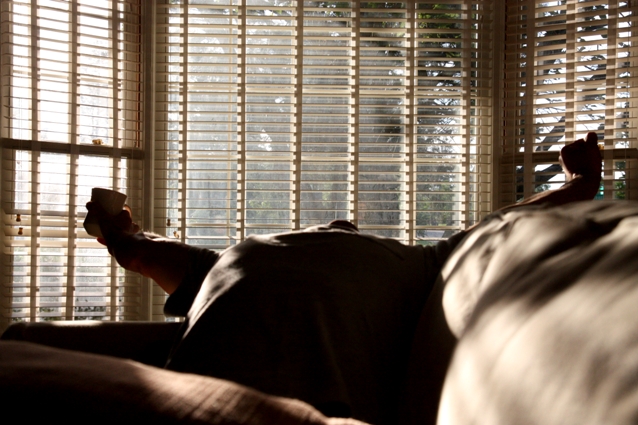 As you all know he’s a man of many talents. But today I will refer to him as “Straw Man”. As in “pine straw”. I might as well call him a farmer because honestly, harvesting pine straw is similar to harvesting hay, with the exception of the 1,000’s of pine trees you have to dodge in the process. His work keeps him in close contact with Latinos. He has become {almost} fluent in Spanish in the last 2 years. And, if he didn’t have blonde hair and blue eyes, I might have thought he had actually become a Mexican. Besides talking to them fluently in Spanish, he also has started shopping at tiendas, drinking imported soft drinks and beer, listening to Spanish music and then he walked through the door in this yesterday… it sealed the deal. 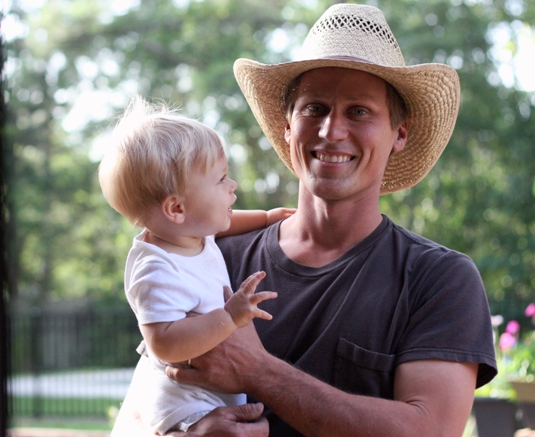 When I inquired about it he told me, “All the guys wear them, and it keeps the sun off my neck. It was $6 at the equipment store.” Then he asked, “Do you like it?” All I could do was reach for my camera and smile. 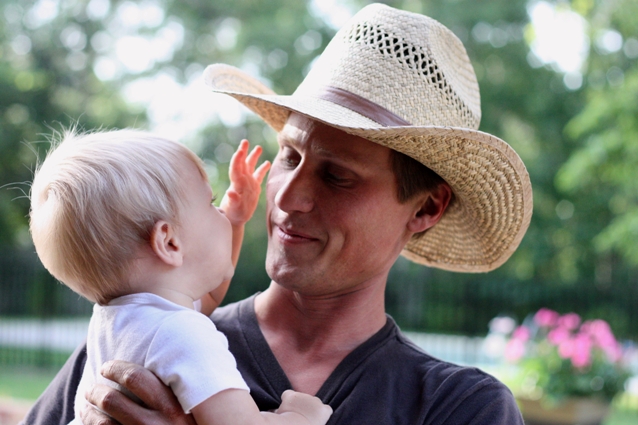 John Martin really liked it. I was still getting used to it. This is a man whom I’ve only ever seen in baseball caps. 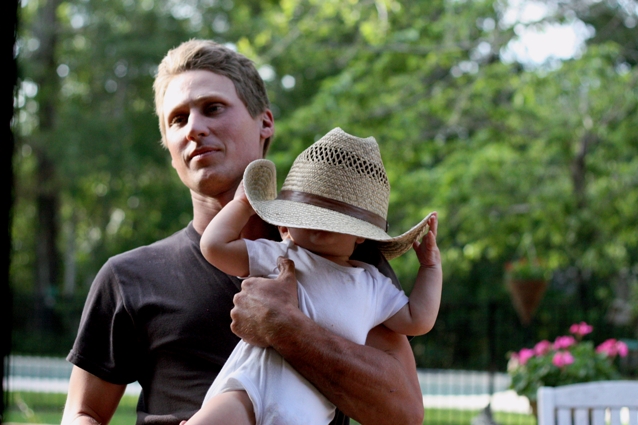 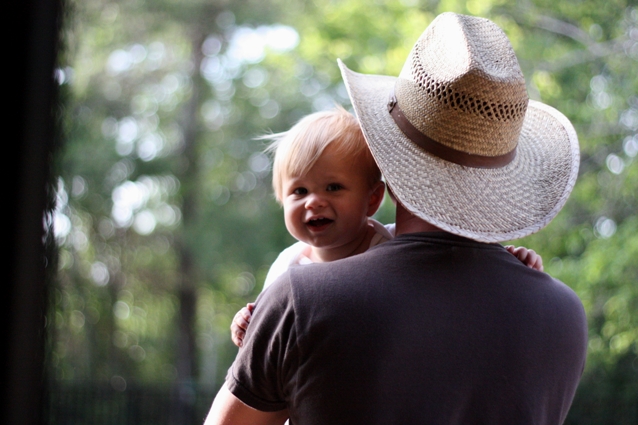 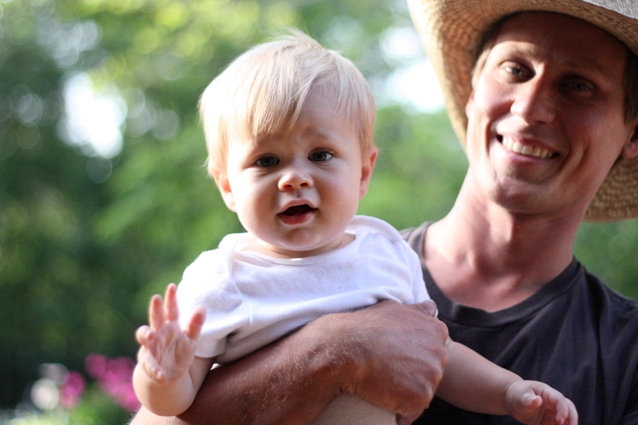 I came to the conclusion if it keeps the sun of his neck, entertains John Martin the way it did, and if “all the guys” wear them… then I guess I do like it. Straw Man in a straw hat… sounds good to me.
Then he went on to tell me about his day. They BURN a lot, as in prescribed burning. He loves it, what man wouldn’t? But on the days when they burn he comes in smelling like a forest fire. Usually after work he’ll change clothes or take a shower. Yesterday he threw on some shorts and walked in the den where I was doing what I always do folding clothes. 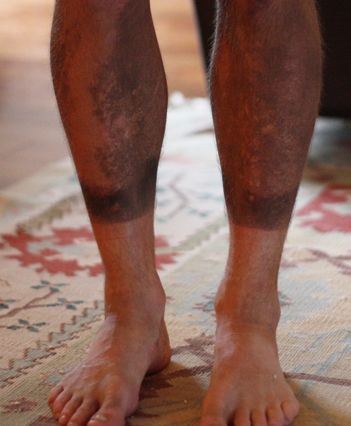 These are his legs. He had on socks {obviously}, boots, and heavy Carhart pants… and these are still his legs which were very covered in soot and ash. All I can say is, I’m glad he’s “Straw Man” and I’m not “Straw Woman”.
In other news, we’re heading to the lake for Memorial Day weekend. Why do children have a hard time grasping… “we’re not leaving until Saturday!”?? 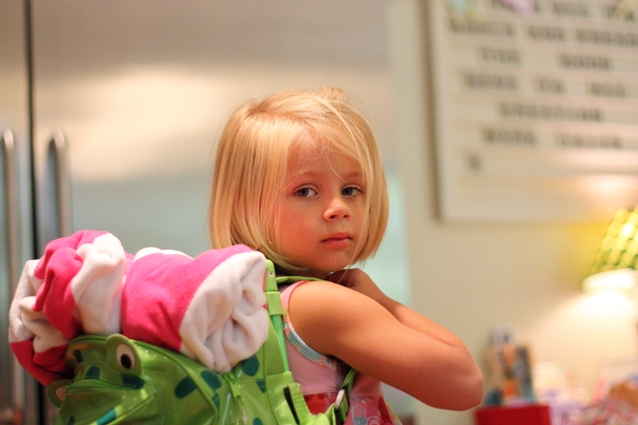 Morgan spent the better part of today packing. I told her “one bag”, this was her first bag, she packed more, many more; they were stuffed with toys, towels, floats, jammies, clothes, everything but the kitchen sink. John Martin is ready to go too… he snuck out and I made him come back in. “Saturday, John Martin, Saturday!” 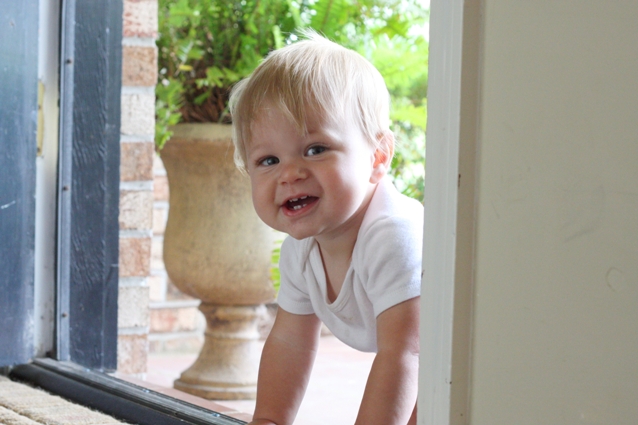 A year ago as I was preparing to go to the lake Paige broke a dozen eggs on my rug. Let’s pray that doesn’t happen tomorrow!
Ok, I think that’s it. I’m super excited about the weekend… we’re not going solo!!!
Be back soon!
May 21, 2009
Share Tweet Pin it +1